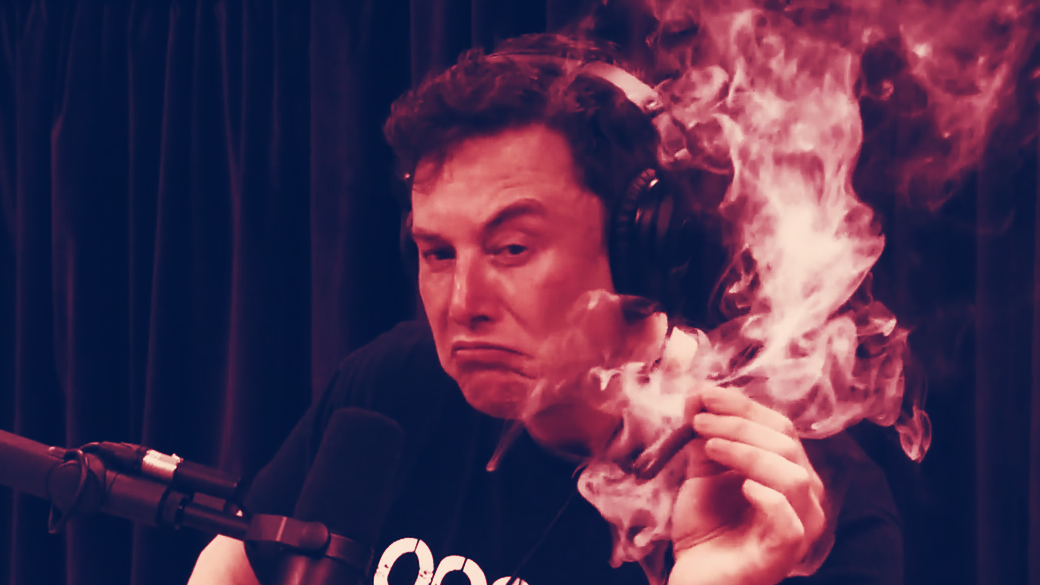 In July of last year, a Twitter user asked Elon Musk for some Bitcoin. It was almost certainly a gag—a reference to a hack that roped major accounts, including Musk’s, into a transparent crypto scam—and Musk responded in kind, pointing toward a more unsung digital asset: “Excuse me, I only sell Doge!”

The reference here is to Dogecoin, the “meme coin” created by two bored tech workers back in 2013 as a sort of commentary on the trust-as-value proposition underpinning the broader cryptoverse.

Named after a meme involving a friendly Shiba Inu, the currency’s value was self-consciously artificial—the point was more to mime the logic of viral image macros than to revolutionize the financial system. After its brief moment in the sun, Dogecoin more or less faded into the background during the second half of the 2010s, as crypto networks like Bitcoin and Ethereum continued to dominate.

But thanks to Musk’s endorsement (and a string of increasingly unhinged subsequent endorsements), the price of a single Dogecoin has fluctuated wildly. His tweets about Bitcoin have also caused market movements.

Now that Tesla is $1.5 billion deep in Bitcoin, Musk publicly sharing his perspective on the crypto markets is somewhat more complicated. Musk's penchant for seemingly spontaneous tweets will always have the potential to cause trouble, but lawyers tell Decrypt that he’s still probably within legal bounds.

In the wake of last month’s Reddit-fueled GameStop short squeeze, Musk pushed slogans like “Dogecoin is the people’s crypto,” and “🎶Who let the Doge out🎶.” He tweeted out a poll labeled “The future currency of Earth,” with two choices: “Dogecoin to the Moooonn” and “All other crypto combined” (the former received 71.3% of the vote). There’s also a photoshopped image of Elon Musk as Rafiki, from The Lion King, holding up a Simba-Doge hybrid, which has been liked over a million times.

Musk, who has 46 million followers on Twitter, has clarified that his Dogecoin posts are “really just meant to be jokes,” but according to a recent study from the Blockchain Research Lab, they still exert significant influence over the market: one December tweet sent the price up 8% in five minutes.

And the same goes for Bitcoin—when Musk added the Bitcoin hashtag to his Twitter bio, the market pumped nearly 20%.

But is it market manipulation?

Since Tesla announced its $1.5 billion investment in Bitcoin earlier this week, the question of whether Musk can continue to tweet reckless things about cryptocurrencies is less clear-cut.

Musk has been a Twitter troll for years, and has faced scrutiny for careless posts and misinformation in the past: last year, his infamous suggestion that “Tesla stock price is too high” sent shares down $60 in minutes. In 2018, he wrote that he planned to take the company private at a share price of $420, which resulted in a scolding from the SEC.

So, can Musk keep arbitrarily inflating the crypto market? CEOs such as Twitter’s Jack Dorsey and MicroStrategy’s Michael Saylor, both of whom are heavily invested in crypto, promote Bitcoin on Twitter all the time, but lawyers tell Decrypt it probably couldn’t hurt to exercise a little more caution.

“Now that Tesla is known to have substantial holdings in Bitcoin, a greater degree of caution would be advisable when Tesla officers speak about Bitcoin on Twitter,” said Preston Byrne, a partner at Anderson Kill.

“CEOs of companies with substantial Bitcoin holdings will need to be very careful before talking their Bitcoin books in a fashion that might move the markets to ensure their statements are not part of anything which might be viewed as a manipulative or deceptive device or contrivance in the context of either the commodity or securities domains,” he said.

One example of a “deceptive device or contrivance” might be a typical “pump-and-dump” scheme, which involves talking up a particular asset, suckering in new buyers to raise the price, and then exiting your positions before the inevitable crash. In Bitcoin's case, such schemes would be handled by the Commodity Futures Trading Commission (CFTC), rather than the SEC, since Bitcoin isn’t considered a security. Other cryptocurrencies, such as Ethereum-based tokens (such as those sold in ICOs), could be considered securities and regulated by the SEC.

Both the SEC and CFTC, as well as the US Department of Justice, have the ability to investigate and bring forth charges should they suspect fraud—even with regard to crypto assets, said Byrne.

Eric Goldman, a law professor at Santa Clara University, explained that questionable tweets, however, offer some wiggle room, thanks to what he called “the fast-and-furious nature of online discourse.”

“In general, courts routinely assume that most readers of Internet content—especially in a forum like Twitter—do not take social media posts seriously,” he said, adding that former President Trump has avoided lawsuits on this basis. “Having said that, market regulators—especially organizations like the Securities and Exchange Commission—are very much alert to the risks of pump-and-dump schemes.”

According to Goldman, Musk’s adding the Bitcoin hashtag to his Twitter bio “is probably nowhere close to that line.”

While Musk may be safe from government regulators for now, his addiction to erratic, meme-based posting remains a potential liability—though, who among us can’t relate?