Bitcoin Could Reach $400K by 2021, Turning Into a Global Reserve Asset: Bloomberg 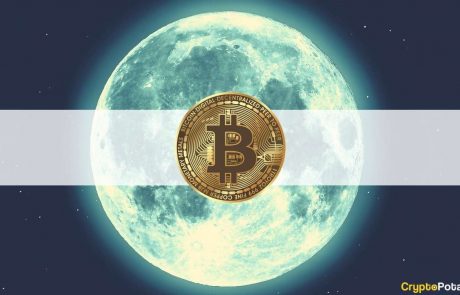 One analyst at Bloomberg believes Bitcoin is on its way to become a “global digital reserve asset” for investors escaping from inflation. 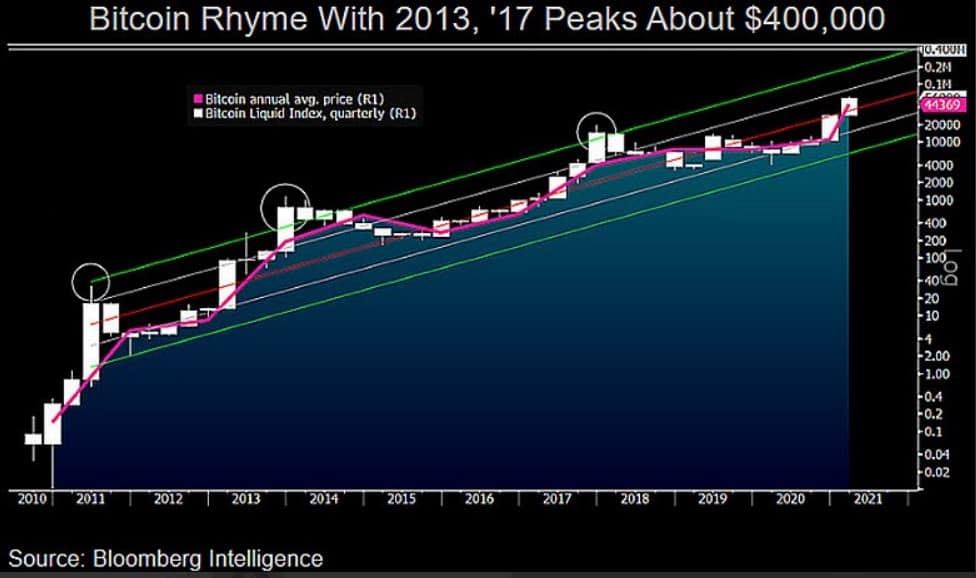 As shown in the chart, Bitcoin could reach a price of over $400,000 by 2021 considering price behavior in the past. BTC is transitioning from a mere speculative asset into a store of value, as investors are considering adding it to their portfolios. This institutional interest in Bitcoin could mean a “maturation leap” for the cryptocurrency, according to McGlone.

“Well on its way to becoming a global digital reserve asset, a maturation leap in 2021 may be transitioning Bitcoin toward a risk-off asset, in our view.” —He said.

An ETF Could Push Bitcoin to Astronomical Prices

Several investment firms are now pushing the Securities and Exchange Commission (SEC) to consider their Bitcoin ETF proposals. Many believe a BTC ETF in the United States could decrease Bitcoin’s inherent volatility —while giving the crypto market a major boost in valuation as well.

All exchange-traded fund requires investment firms to back their assets. This means that firms like Goldman Sachs, VanEck, and Fidelity would have to back BTC in vaults, making massive purchases of BTC. Another boost for the crypto market would be institutional capital, speed traders, and accredited investors from these firms.

This is what happened after a gold ETF was introduced in 2003, I suspect the same will happen when the USA introduces a #bitcoin ETF! pic.twitter.com/SsP4XryKfs— Lark Davis (@TheCryptoLark) March 25, 2021

While the SEC has rejected all other ETFs applications in the past, VanEck’s proposal was recently acknowledged by the regulatory body, published on its official website. The SEC has a limited period to approve, deny, or extend the proposal for further review.

The Risk of a Bitcoin Ban

While institutions are now embracing Bitcoin, the same may not apply to governments and central banks. Billionaire investor Ray Dalio shared his concerns about a possible Bitcoin Ban in a recent interview. As reported by CryptoPotato, governments could implement strict regulations on cryptocurrencies as digital assets become mainstream.

Central banks are mostly autonomous financial institutions, but they have a great influence on the government. Thus, Dalio believes the U.S. government could regulate crypto the same way as gold back in 1934, with the Gold Reserve Act that aimed to “protect the U.S. monetary system”.

One Case Dalio referred to is the Indian government and its plans to outlaw crypto trading, holding, and even blocking exchange’s IPs:

“Every country treasures its monopoly on controlling the supply and demand. They don’t want other monies to be operating or competing because things can get out of control.[…] So I think that it would be very likely that you will have it under a certain set of circumstances outlawed the way gold was outlawed. And you’re watching that question arise in India today,” stated Dalio for Yahoo Finance.