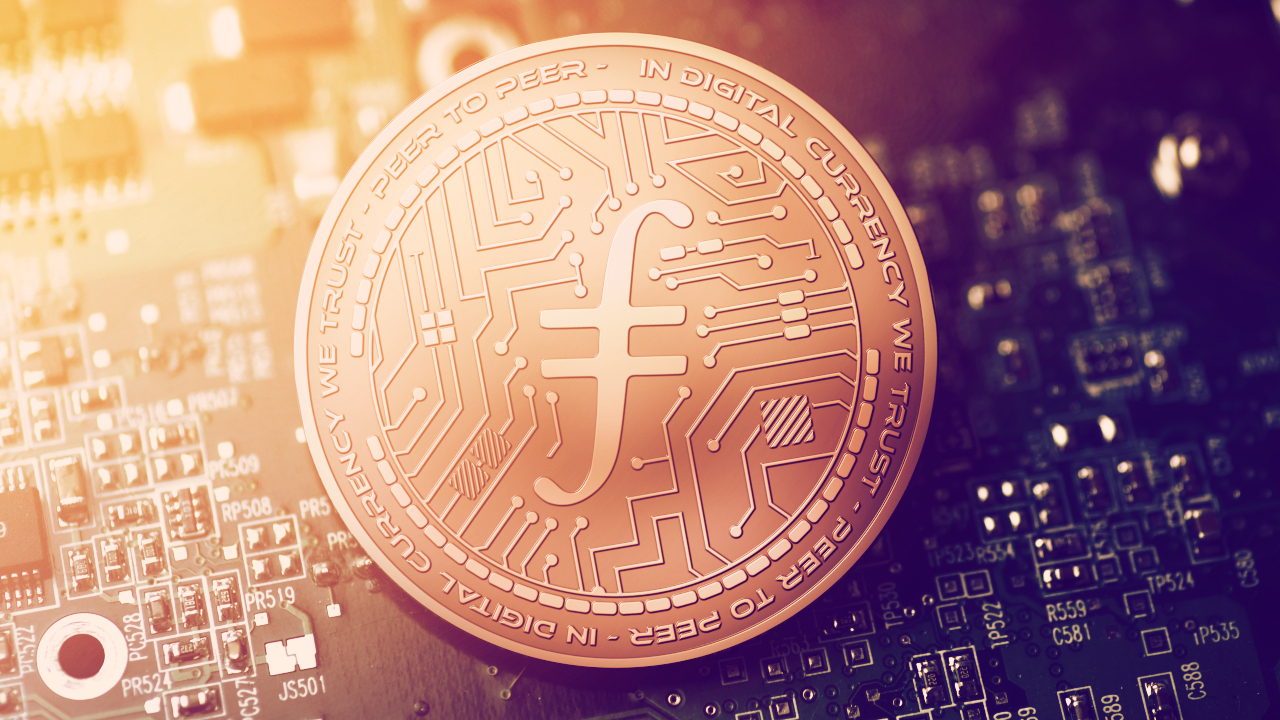 While big name cryptocurrencies like Bitcoin and Ethereum heaped disappointment on their followers this week, Filecoin has bulldozed its way into the top 20 with an overnight price surge of 25%. It now trades at a price of $126.

Filecoin is the native token for Protocol Labs’s new decentralized file-sharing protocol. Filecoin is an open-source, peer-to-peer decentralized network for storing data. It’s kind of like a blockchain-based solution to the potential corruptibility of cloud storage giants like Amazon or Microsoft.

Using the FIL token, members of the network can pay storage miners to ensure their digital files and data are stored safely on the blockchain.

Earlier this month, crypto investment titan Grayscale announced that Filecoin would be one of the latest cryptocurrencies to be made into a Trust. Filecoin will join the ranks of its ever-popular Bitcoin Trust.

Since then, decentralized finance (DeFi) oracle service Chainlink announced that Filecoin will now be integratable with smart contract-enabled blockchains like Ethereum.

Bitcoin fans and holders have had a cagey week after the price plummeted more than 10% overnight on Thursday. Its price has since stabilized and the coin now trades at a price of $54.4k.

Just this time last weekend, Bitcoin was hovering over a price of $60k, having struck an eye-watering all-time high of $61.7k exactly a week prior.

Crypto’s favorite bull crossed the $60k threshold and retreated four times this month, as if cautiously surveying the path ahead, before making an about-turn and scampering off in the other direction to hit a low of $50,857 on Thursday.

Bitcoin’s price has been in steady retreat since last weekend, with analysts noting that its pullback happened just as the US economy started recovering. Bitcoin, after all, is a hedge against the hegemony of the US dollar.

Ethereum has had a rough ride too. Today it trades at $1,683, which indicates an overnight recovery of 2.78%, though it’s still a long way off its ATH of $2,000 set over a month ago on February 20. It too reached its lowest point since the start of the month on Thursday. At one point, the price sunk to $1,560.

Elon Musk’s influence on the price of Bitcoin is fading. On Wednesday the Tesla CEO tweeted that Tesla would accept Bitcoin as payment for its electric cars. The news added $100 billion to Bitcoin’s market capitalization, but unlike the news earlier this year of Tesla’s $1.5 billion Bitcoin purchase, the Elon effect was shorter lived this time.

Still, yesterday’s news that there are now seven high-profile applications with the US Securities and Exchange Commission for Bitcoin Exchange Traded Funds indicates that institutional interest in the currency is still at an all-time high.

It’s been an exacting week for crypto’s loyal fold, but things are looking up, eh, maybe, perhaps?