The past seven days have been good for Bitcoin for the first time in a long time, despite the wider cryptocurrency market being slightly down during the same timeframe. This week, Bitcoin’s price managed to break out of its previous downturn, recouping some of its losses, albeit not convincingly.

In terms of the rest of the cryptocurrencies, ETH has a fair possibility of retesting critical resistance above $3,600 if the current relief rally continues, although it will likely face stiff resistance. The $130 support level halted SOL’s downward momentum. Further, Solana’s price surged climbing quickly towards $150, despite the sellers’ efforts. Despite ADA’s tenacity near the $1.2 support level, the bears were able to drag it lower this week to $1.1 by the end of the week.

What’s Next For Bitcoin Price ?

Despite a price increase last week, bitcoin was unable to push through $44.5K. On the road up to $50K, there are many resistance levels, as seen in the chart. BTC was refused by several of them, forming a formidable barrier between $44.5K and $45,000.

The largest cryptocurrencies price was sitting around $41,000 this time last week, quickly rising to $42K before plummeting to around $40K. However, the cryptocurrency has been on an upward trend since then, reaching $44K on Thursday. At the time of writing, BTC was trading at $42,920.

Following the failed breakout attempt at $44,000, Poppe issued the following tweet, urging patience as the route to greater heights takes time to develop. The Selling Pressure has been the least and more than 400k mid-term investors have been HODLing their BTC to turn into long-term holders this month. However, the flagship currency can not be dependent only on this one factor. The broader market needs to maintain the net flows close to neutral or positive, only then could there could be a chance that Bitcoin could defy the ensuing bearishness. 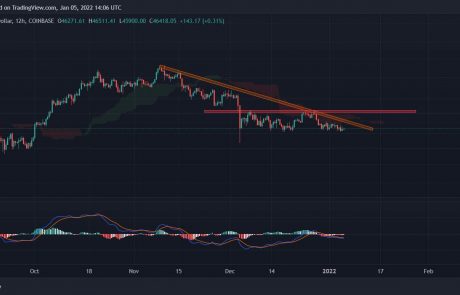