Bitcoin Price 5X Rally Is Not A Joke! Here’s When The Next BTC Bull Market! A recent surge in on–chain activity and hash rate swept aside the potential death cross on the Bitcoin daily chart. The flagship asset returned to $42.9k on Saturday as $45k resistance turned to be excessive for bulls to overcome.

The current choppy move is likely to continue for a few more months. But clutch onto your saddle, the move will be breathtaking once we commence with the rally. Interestingly, Bitcoin’s year-over-year adoption baseline is expanding gradually, hinting at a 5x rally. On the other hand, it’s been a while since the average number of transactions and active addresses are sitting idle, below is our prediction of when we can expect a bull market.

Bitcoin’s 5X Rally Is Not A Joke!

Historical footprints of Bitcoin reveal that the last bull market ended in January 2021. Currently, the asset is seeking adoption, which is likely to continue until the year’s end. Once bull market interest finds its grounds, then the asset would even claim $250k. You might be wondering, how 5x would be achievable! Yet history validates the above figures. 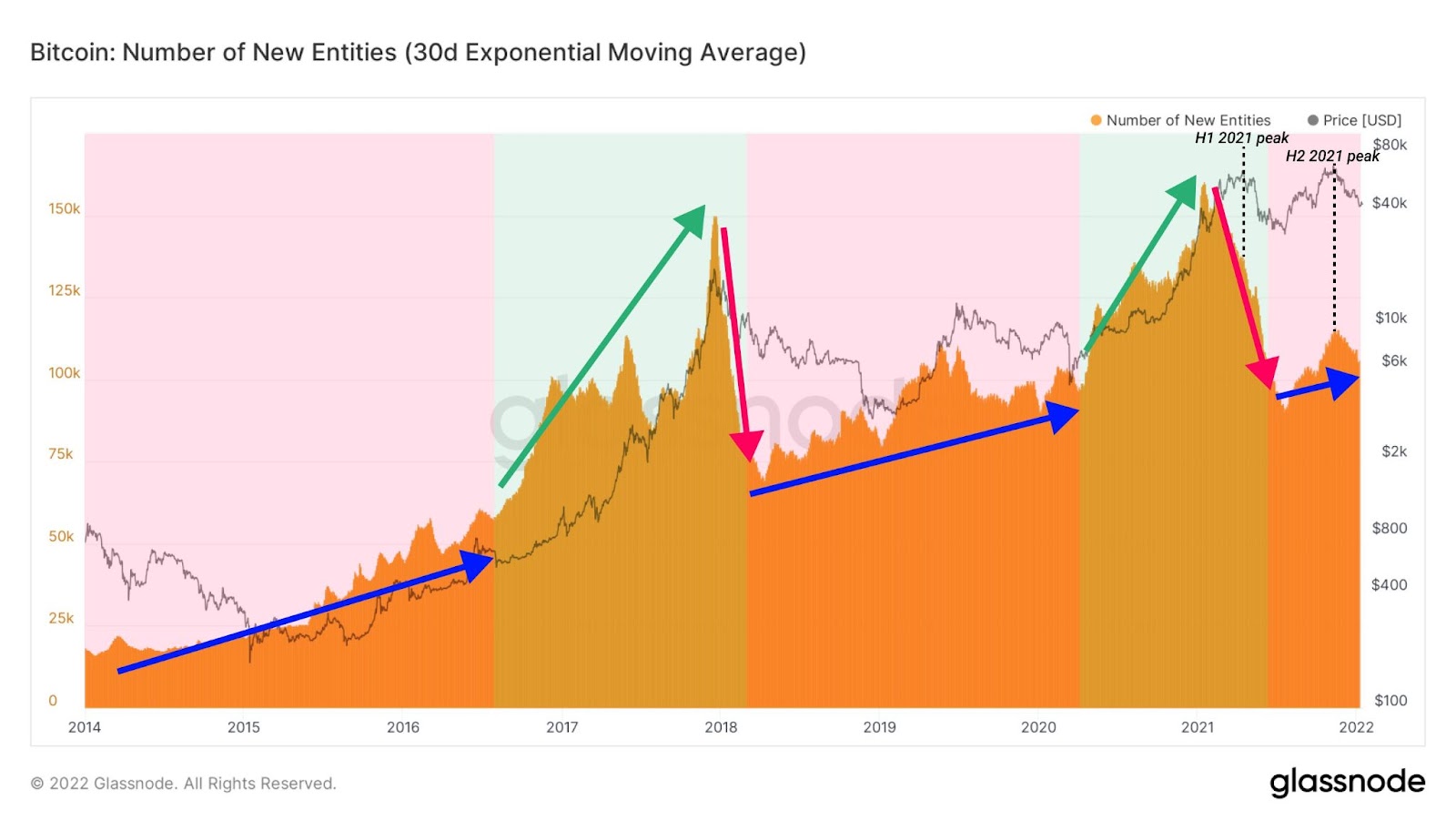 From the above chart provided by Glassnode, we can clearly make out the similarities in the last two bull markets. Prior to its 2017-18 bull market, year-over-year baseline adoption has risen gradually from 2014-16. Whilst there has been a vast increase in the number of new entities on the network which uplifted the price by 20x from $1k to $20k. A similar thing reiterated in the 2020-21 bull market, where the asset rallied by 10x from just $6k to $60k.

In the October-November bull market 2021, we claimed a new ATH without a surge in the number of new entities. However, as the number of active addresses and transactions is still at their initial levels, we can expect a bull market of late in 2022. After 20x and 10x rallies in previous cycles, 5x looks imminent in the next!

Collectively, the funding rate is turned extremely negative along with short positions outpacing longs. Hence, we can expect a short-term bounce which may push the BTC price above $45k in the next couple of days. The actual bull market may take time of another three to four months where the asset can moon to $250k probably in Q2 2023.

Bitcoin Death cross Incoming! Sell off or a Bull run, What’s Next for BTC Price 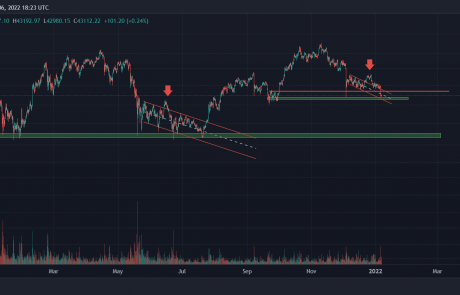