Dogecoin, the meme-based bitcoin rival that saw huge growth through 2021, has soared after Elon Musk revealed doge can now be used to buy Tesla merchandise.

The dogecoin price, far down from its peak of around 70 cents per doge set in May last year, jumped around 30% directly after Musk's tweet announcing Tesla's dogecoin support but has since fallen back slightly and is now up around 13% on this time yesterday.

"Tesla merch buyable with dogecoin," Musk posted to Twitter. Tesla's so-called cyberwhistle, a Texas belt buckle and its electric quad bike can now be bought with dogecoin, according to the Tesla website.

Tesla's dogecoin support has been in the works since December when Musk tweeted that the company would "see how it goes" with the cryptocurrency payment option and its as yet unclear if or when Tesla could add a dogecoin payment option for its cars.

"Cryptocurrency is a good idea on many levels and we believe it has a promising future, but this cannot come at great cost to the environment," Musk said in a statement at the time. 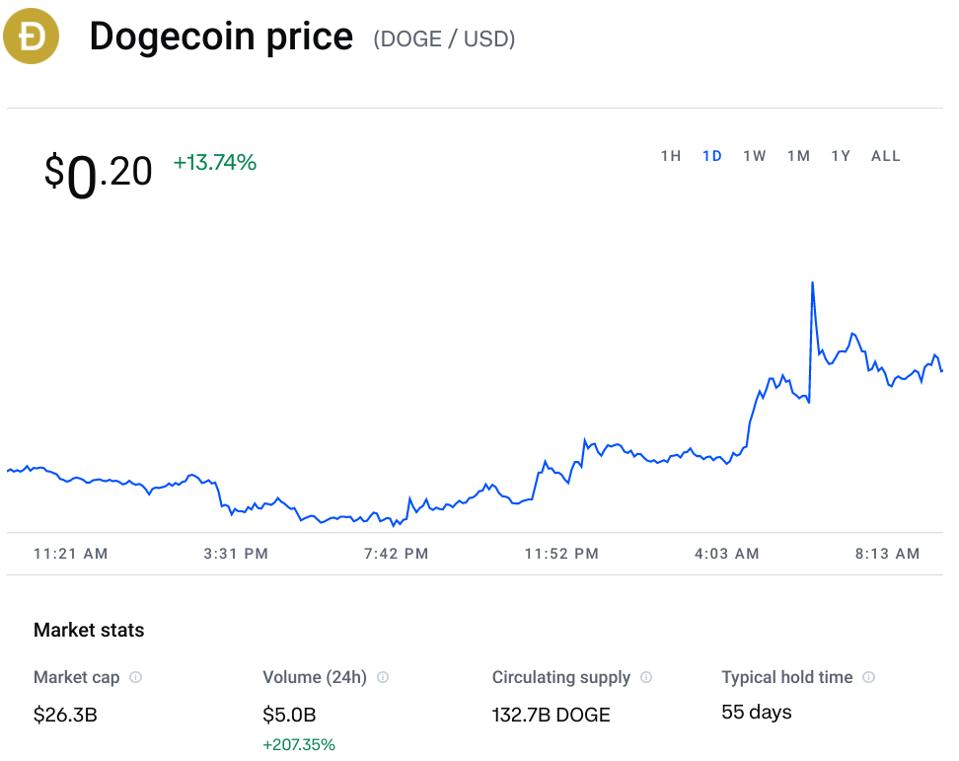