Vitalik deluged after asking for the 'most unhinged' criticisms about him 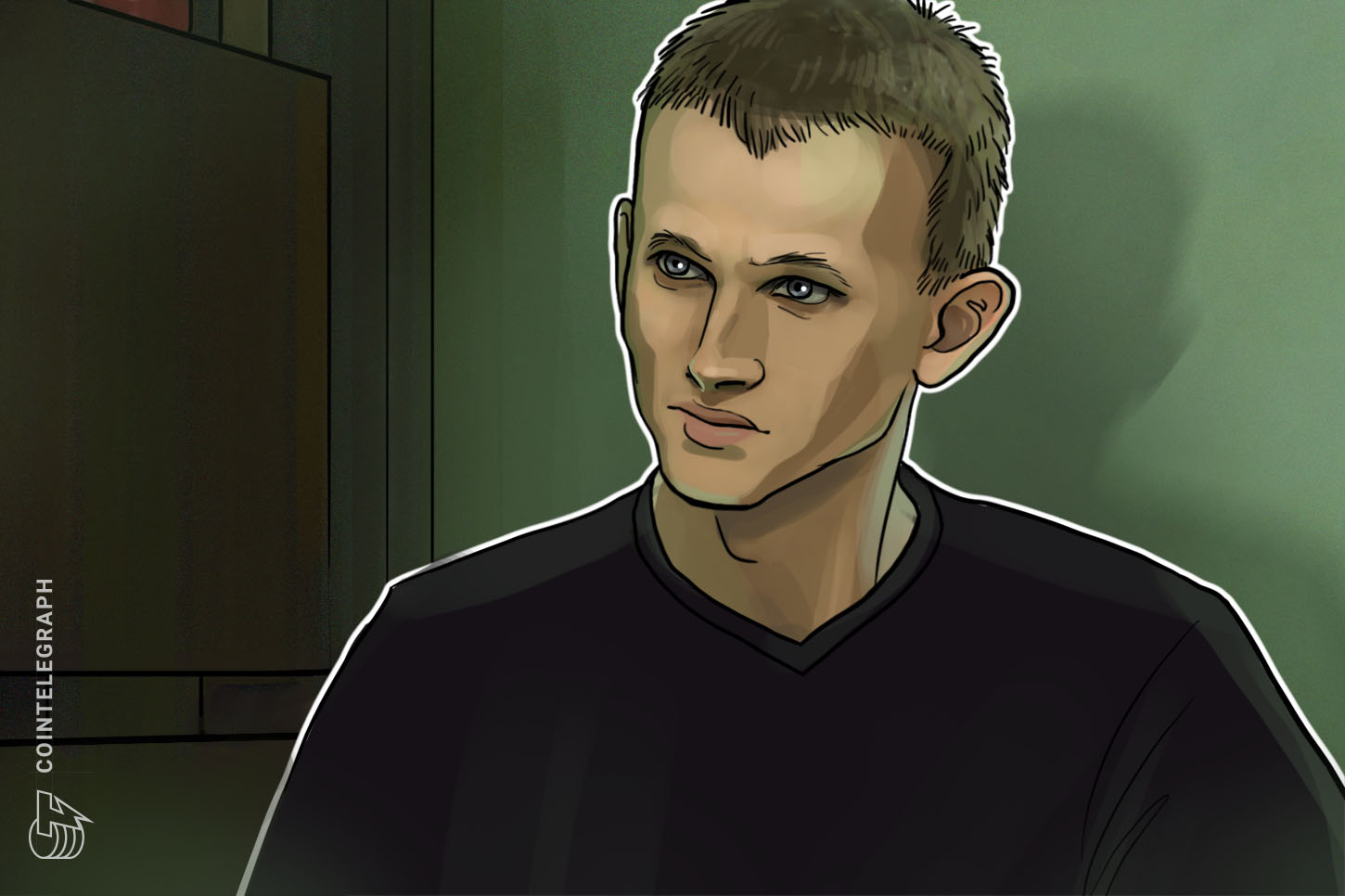 Ethereum co-founder Vitalik Buterin asked for, and received in spades, examples of “the craziest and most unhinged criticisms” of him on Twitter and elsewhere.

Buterin’s lighthearted request came in a Jan. 14 tweet in which he shared some of his own favorite criticisms and revealed the Ethereum (ETH) creator’s lighter side. More than 500 people responded in the first fifteen minutes, although most were in support of Buterin. At the time of writing his tweet had over 1,200 comments.

Among the four criticisms Buterin posted was one from a user that said he “Looks like an alien crackhead.”

What are the craziest and most unhinged criticisms of me you've seen on twitter or elsewhere? Here are a few good ones, I wonder what else people have seen that I haven't! pic.twitter.com/2qvwgNkHyM— vitalik.eth (@VitalikButerin) January 13, 2022

Vitalik’s father Dmitry recalled a fairly unhinged conspiracy theory that he was actually a Russian secret agent and that Russian President Vladimir Putin was behind the creation of Ethereum. 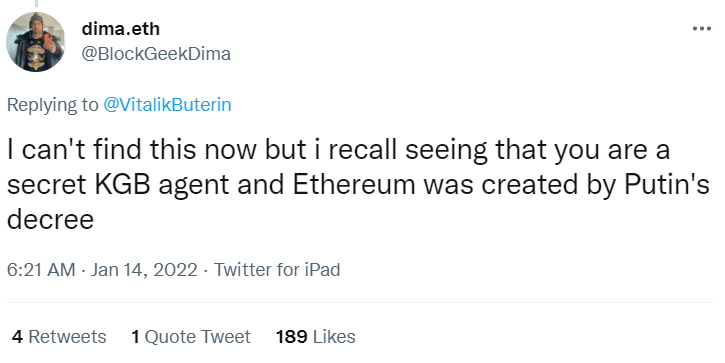 Vitalik himself brought up how “2 different Reddit trolls!” had compared him to Hitler back in 2017 and shared a screenshot of the comparison in a tweet.

Ethereum was an early example of an initial coin offerings (ICO) in the crypto space and has been one of the most successful with over 778,000% in gains since 2015. But to this day it is criticized for being a "centralized premine." One user cited an unhinged take frequently seen during the 2017 ICO craze shows the “spider Vitalik ponzi” and depicts Vitalik as the spider in charge of the Ethereum ponzi web. 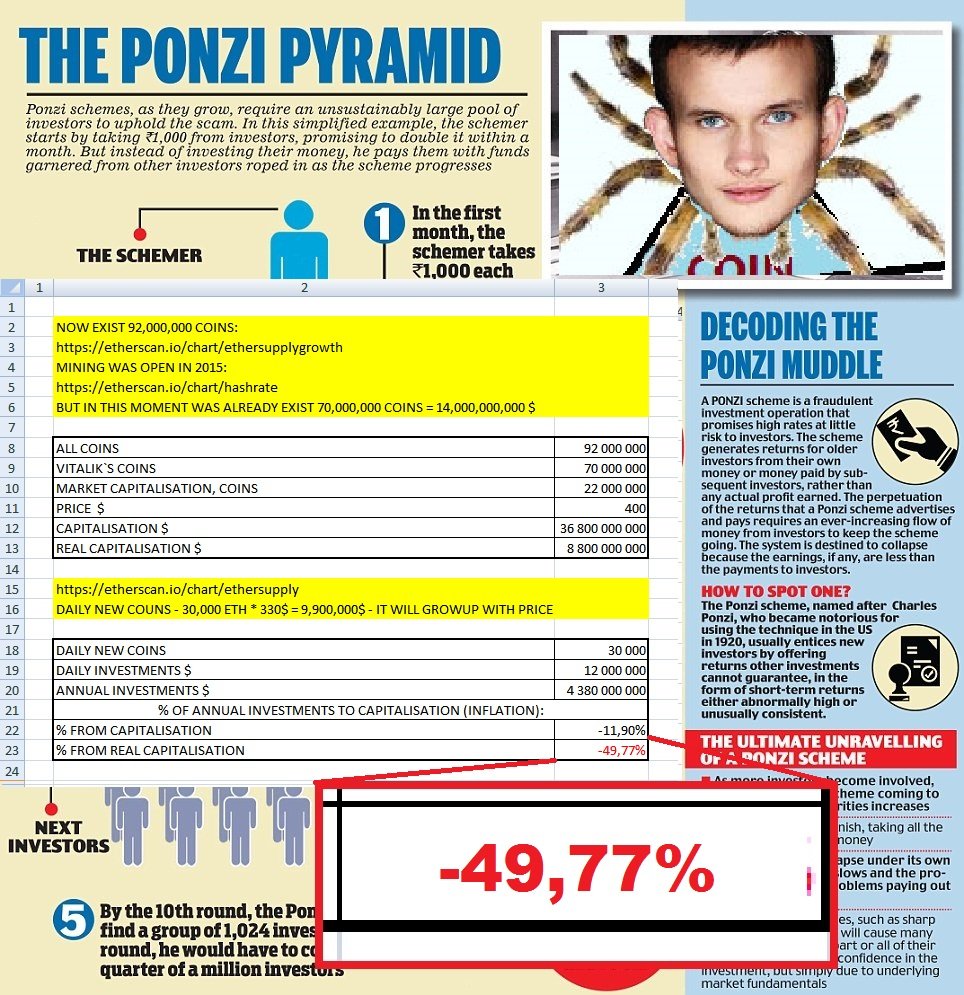 Not everything was a criticism, some users took the opportunity to share their favorite memes, including this joke that leans heavily on a pun. 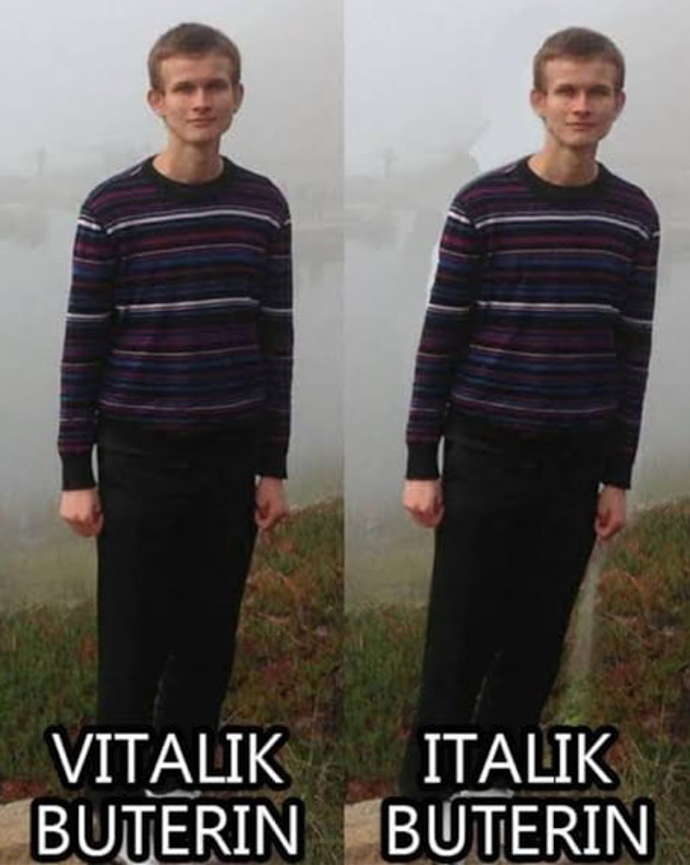 Other users dusted off the classics, including this meme shared in a comment displaying an aged Buterin with a headline from a hypothetical news show reading “Breaking News: Ethereum 2.0 finally ships.” Given how old the meme is, it’s hard to say there isn’t some truth to criticism over the length of time Eth2 is taking to ship. 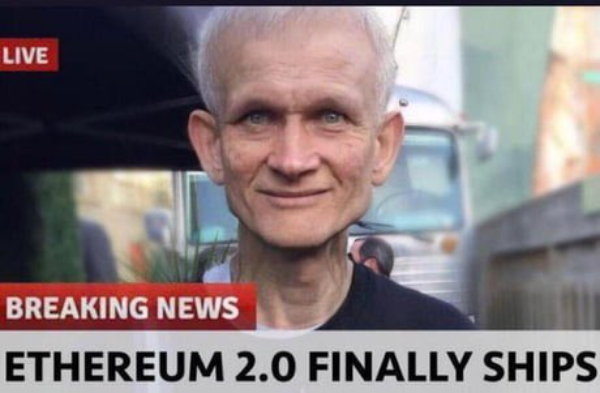 While the Twitter thread was about all the crazy criticisms Buterin has received over the years, most users who responded did so in jest. And ConsenSys alumnus John Lilic pointed out that despite all the criticism of Buterin, both real and comedic, he has ”been working to make the space better since almost day zero.” 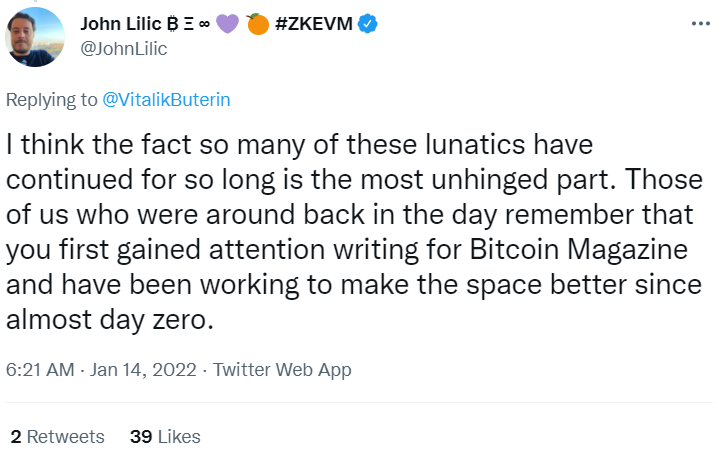 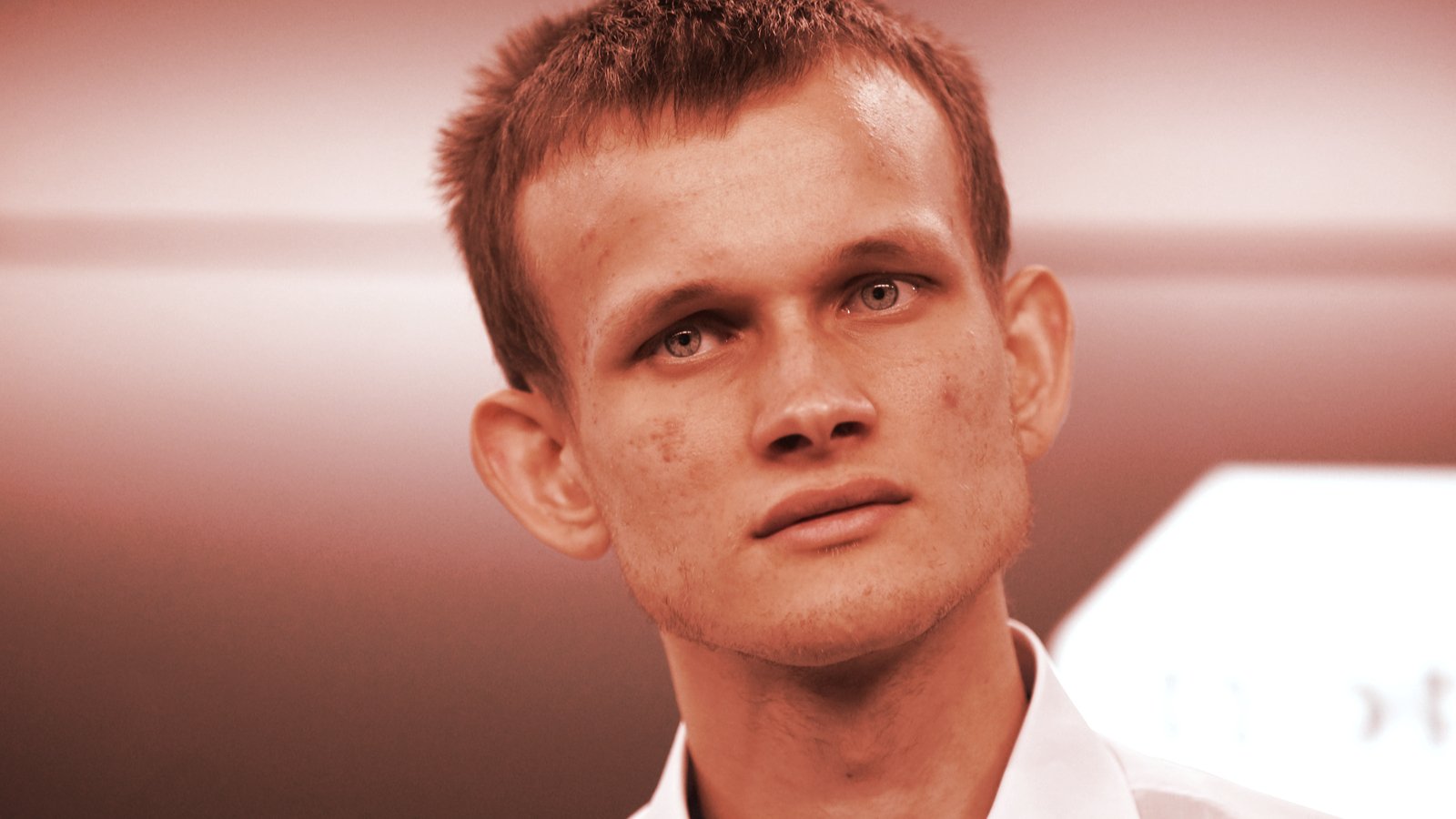 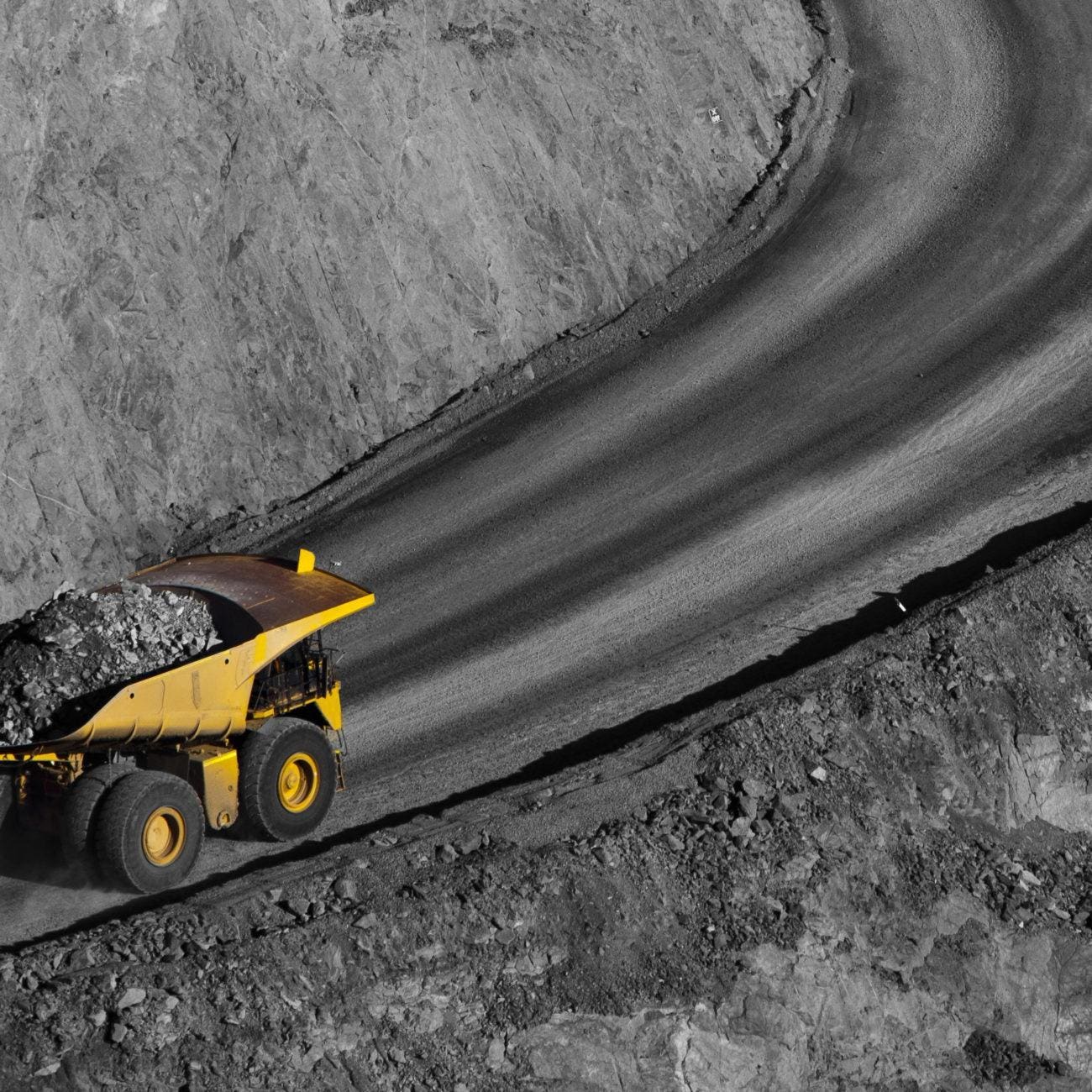 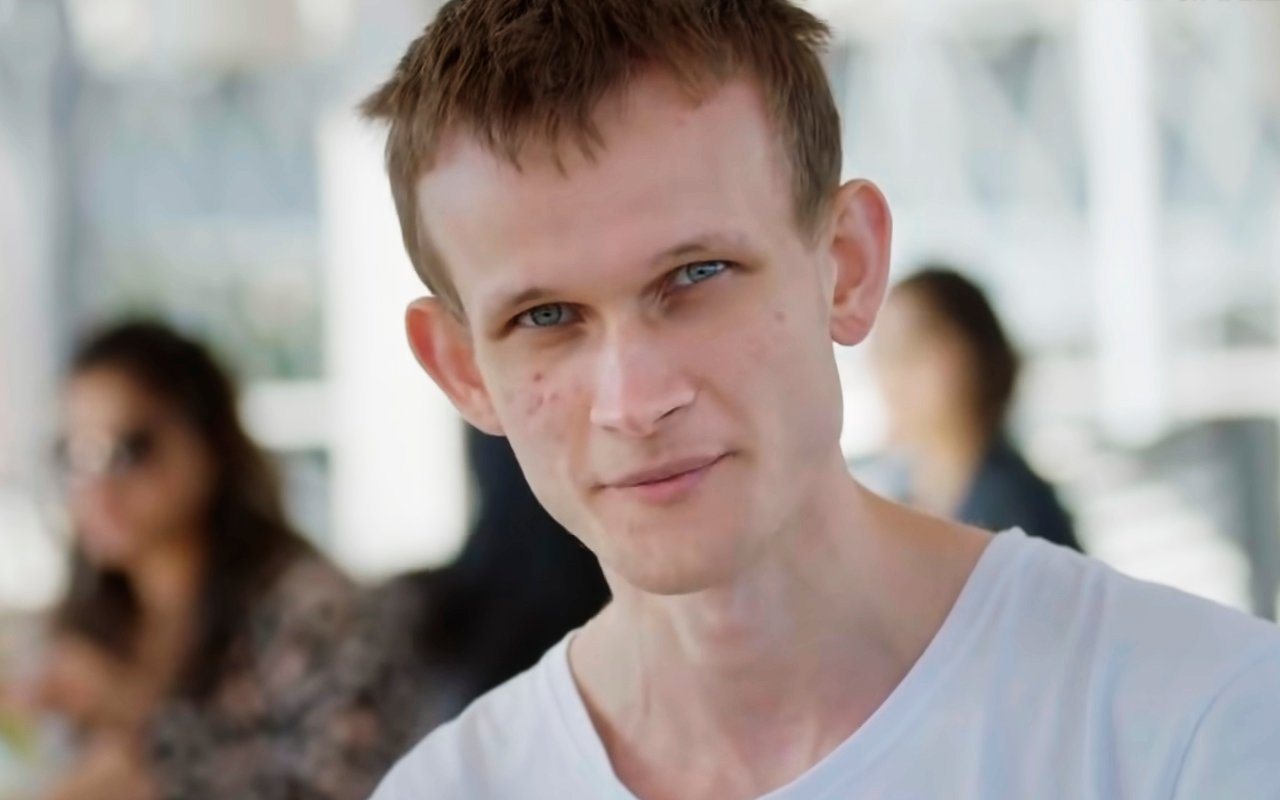