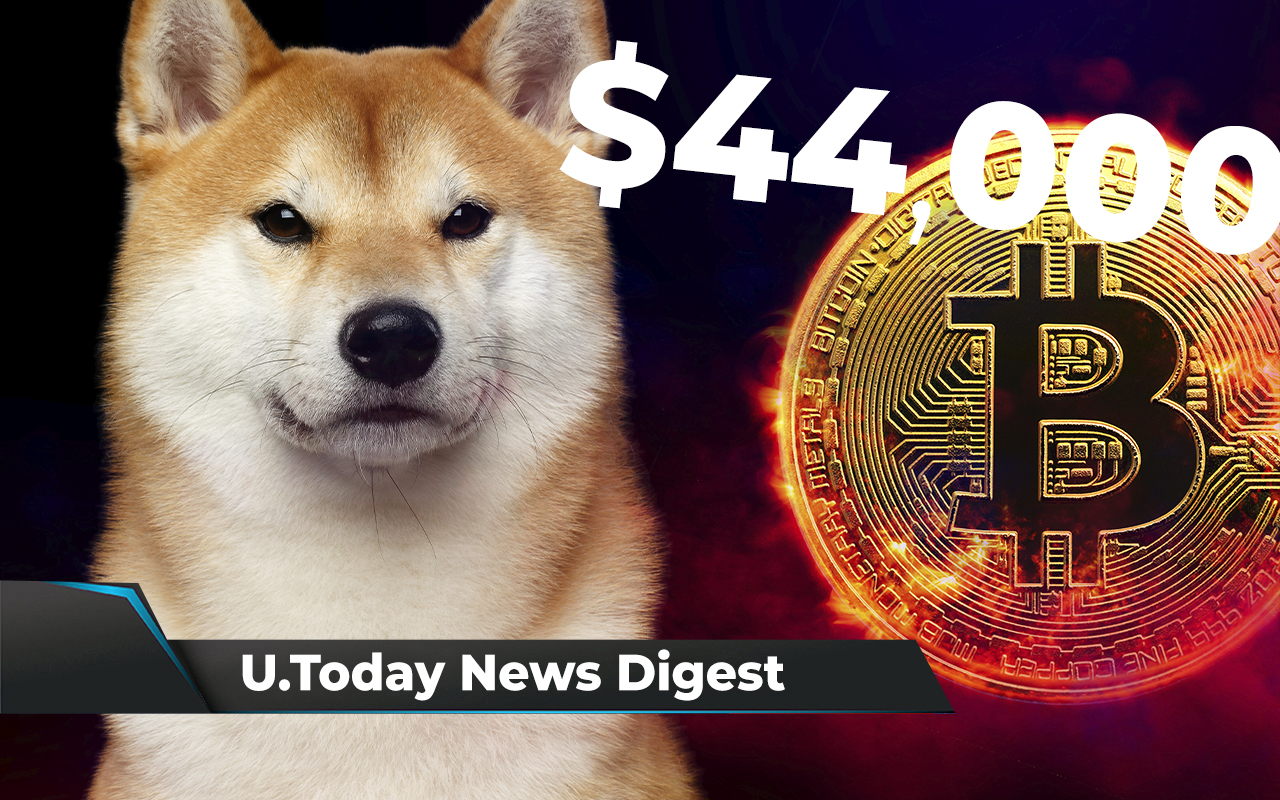 U.Today has prepared the top four news stories over the past day. Stay tuned for the latest updates in the crypto industry!

Yesterday, Bitcoin holders could finally breathe a sigh of relief as their beloved crypto climbed above $44,000, its highest level since Jan. 6. This followed the improvement of market sentiment, which was fueled by the release of inflation stats, with a 7% rise of the Consumer Price Index through the year. Rising inflation is considered a positive for Bitcoin price action, as most traders believe the flagship crypto may serve as an effective inflation hedge. Overall, BTC seems to be finding its footing above $43,000, preserving its bullish tone.

Visa payments giant has recently launched a new survey, with 2,250 small-scale business owners from nine countries taking part in it. The survey showed that this year, more than a quarter of small businesses aim to accept cryptocurrency as a means of payment. Nearly a third of merchants in Brazil, Singapore and other countries are open to accepting crypto payments, while only 8% of Canadian respondents said they would allow their clients to pay with digital currencies. As for the U.S., 19% of surveyed business owners claimed that they would add support for cryptocurrencies in 2022.

The Shiba Inu community has been shaken by several squawk accounts tweeting that Robinhood will finally add support for the canine coin in February. Rumors of SHIB’s listing have become a catalyst for the meme token’s rally, as it spiked more than 8%. However, traders should not rush to trust this market-moving piece of news since it appears to have originated from the “First Squawk” Twitter account, which is notorious for spreading fake news.

Bitcoin's swift correction down has led to a volatility spike, with numerous technical and on-chain indicators giving out potential reversal signals. One such signal is the Dormancy Flow metric that can be used to determine when Bitcoin is in a bullish or bearish state. Whenever the metric reaches values close to 200,000, traders expect a reversal on the market. The Dormancy Flow metric has given only five signals in the history of Bitcoin, and all of them resulted in a reversal. Thus, the current sixth signal has every reason to end up being a reversal. 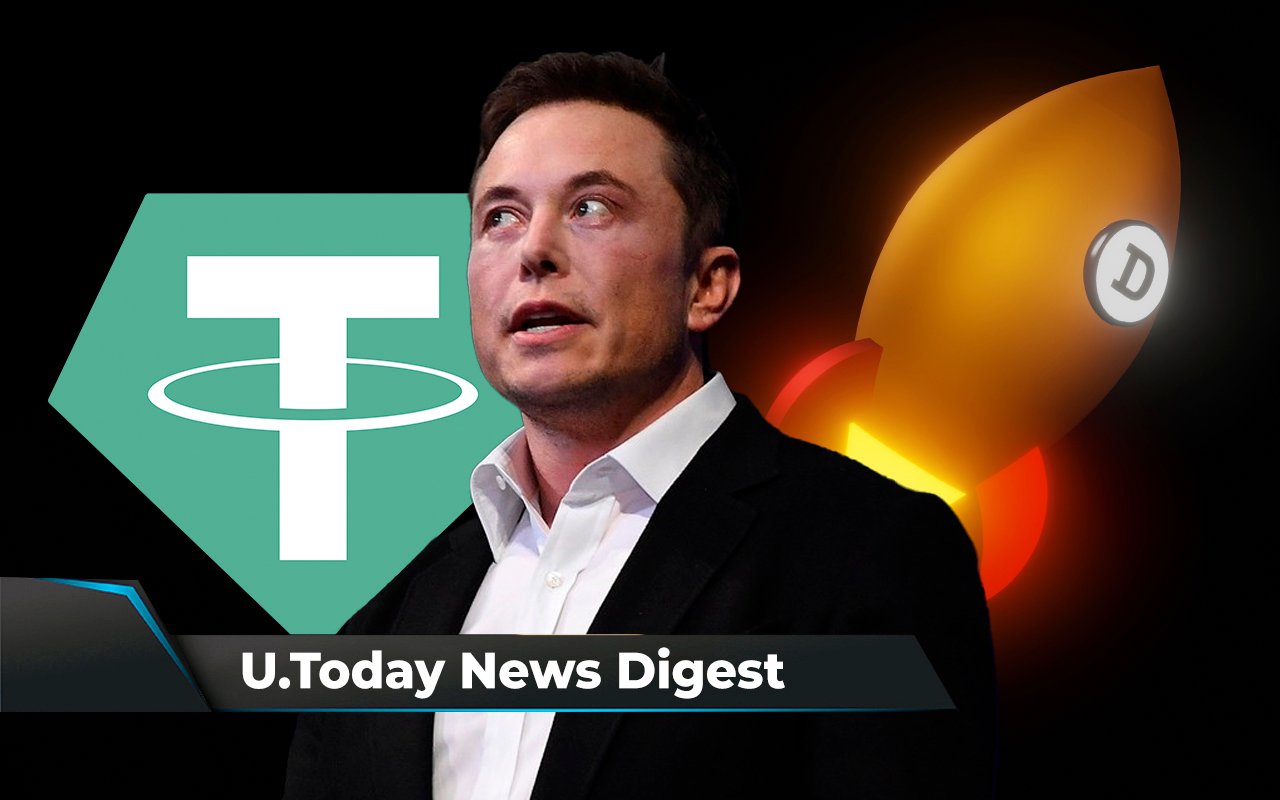 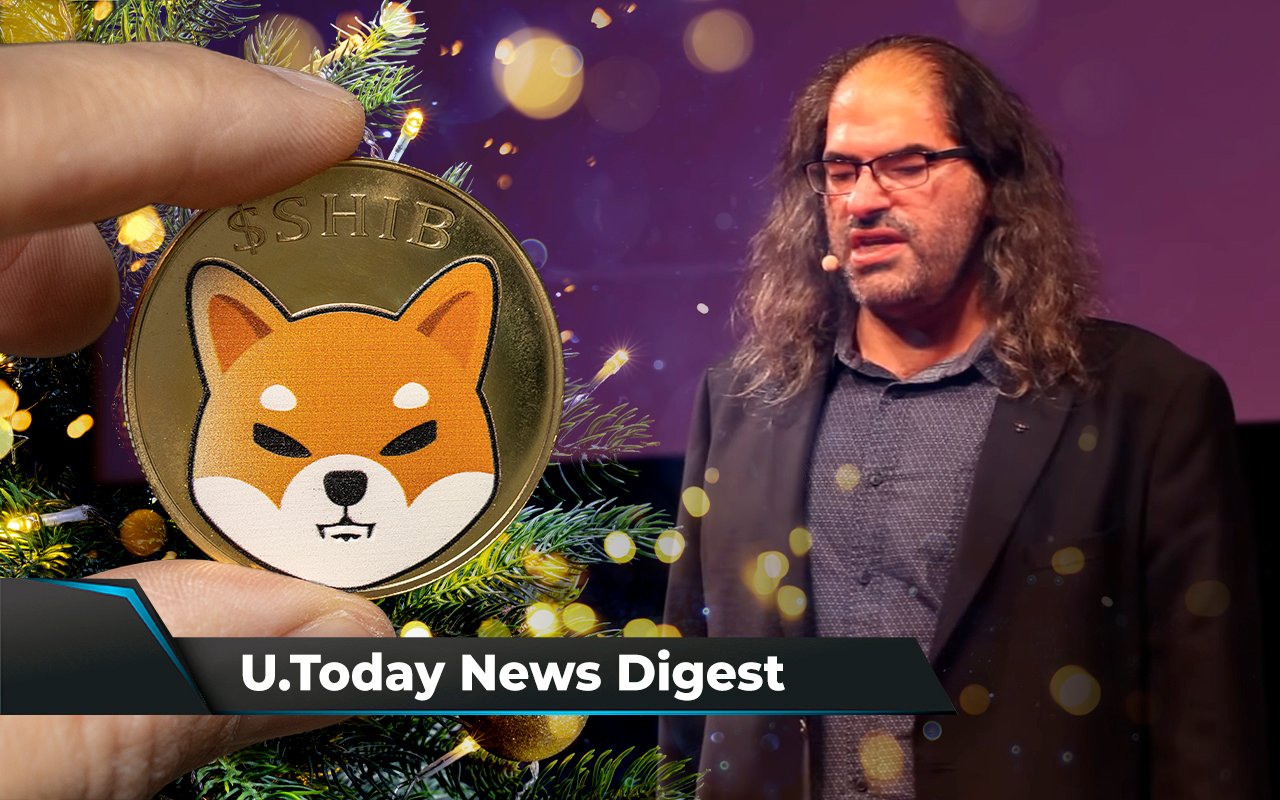