Crucial Positions to Lookout For Bitcoin(BTC), Ethereum(ETH), And XRP Price!

The crypto space is showcasing some bullish vibes from the previous day trade and therefore the traditional assets intend to make a larger move. While Bitcoin trades above $43K, Ethereum calmly resides above $3300. Therefore, it is extremely important to gauge the upcoming movement of these popular assets to minimize the risk and increase profits.

The Bitcoin price after a jump of more than 6% during the previous day was able to breach through one of the important resistance above $43,000. Currently consolidating heavily above $43,500, the asset is showcasing immense bullish momentum. Yet if the price keeps the bullish momentum intact, then the next step would be around $45,476. 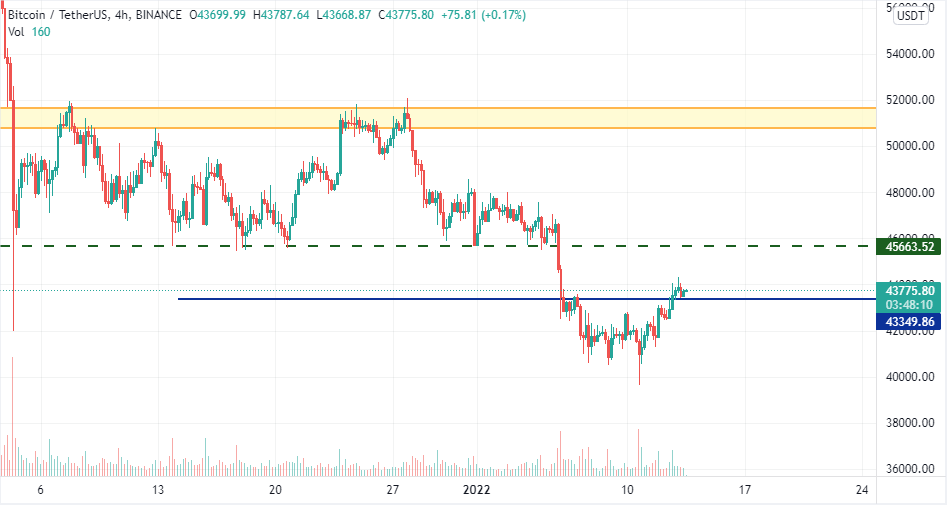 Currently, the asset is testing one of the important resistance levels. No doubt a minor retracement is undergoing, yet a strong flip could be pre-programmed. Once the rebound sets in place, the BTC price could recover the losses incurred suring the recent sell-off and regain its initial positions. However, if the bears regain control then it may not slide directly below $40K, as the levels around $42,043, later at $41,212, and finally at $40,381 appear pretty strong.

Ethereum price after the recent sell-off was able to go parabolic to attain its initial positions and also barge-in through the important resistance at $3292. Currently, the price is attempting to strongly sustain at levels above $3300. Woefully a small retracement hindered the rally, else the asset would have attained immediate resistance beyond $3500. 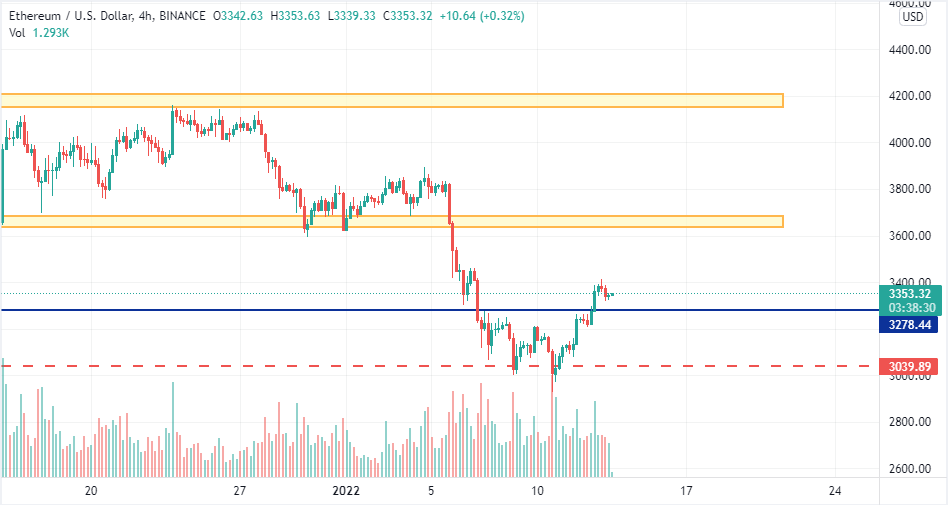 The ETH/USDT is consolidating within the very minute region just above the resistance area and once the buying volume jumps up, it may regain the levels above $3500. The first target for the ETH price lies around $3526.7 while the long-term target remains around $4,200 surpassing $3700 levels. However, in the contrast, in case ETH price fails to range high, then the levels around $3000 appear very strong as in the recent past, the asset flipped multiple times on hitting these levels.

XRP price from the past couple of months is trending within a notable descending trend. The recent drawback compelled the price to hover within the crucial support levels. Yet the previous day spike dragged the price out of the consolidation, igniting a notable uptrend. However, the asset still remains within the bearish trap until it slices through the immediate resistance levels. 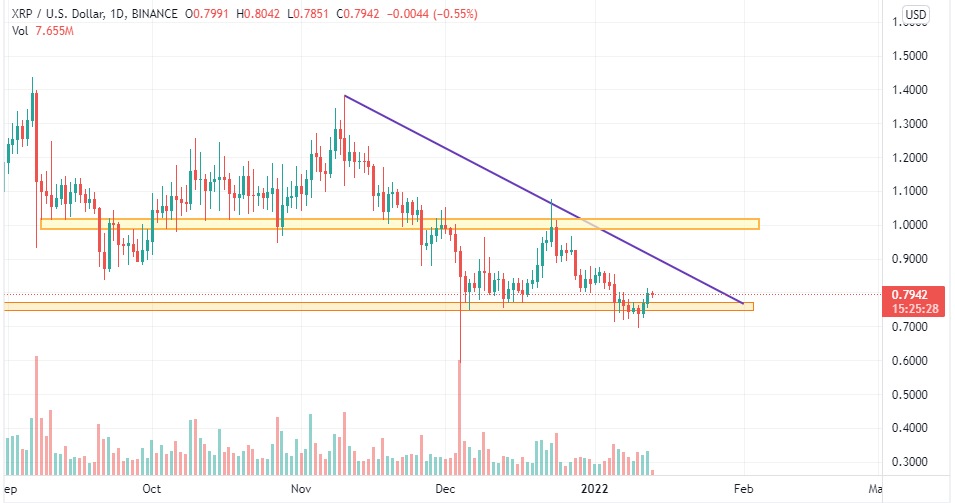 After flipping from the strong support levels, the XRP price is yet again making an attempt to again test these levels. If the price again visits these levels and then it would be pretty difficult for the price to regain the lost momentum. However, in such a case $0.75 could hold the price strong and initiate a rebound. Or else the lower levels close to $0.7 may be the next stop that appears pretty unlikely.