The recent bullish price action comes at the heels of the most recent Consumer Price Index (CPI) report published in the U.S.; the metric has become one of the top issues for investors around the world. Used to measure inflation in U.S. dollars, the CPI printed a 7% for December 2021.

The metric recorded a percentage below investors’ expectations and was mostly one of the reasons Bitcoin saw a quick recovery. However, it stood at a 40 year high suggesting the issue will remain a priority for financial institutions across 2022.

As seen below, individual inflation data paints a different picture with many sectors reaching double digits for their year-over-year periods. This includes medical care with 37.3%, transportation with 21%, and energy with 29.3%.

Inflation has caused the U.S. Federal Reserve and its Chairman Jerome Powell to hint at tapering and an increase in interest rates. At the moment, inflation fears have been reduced, but could soon return to justify a shift in the financial institution’s monetary policy. According to Yuya Hasegawa, analyst for bitbank:

(…) if the CPI and PPI turn out to be higher than the market expects, they could rekindle inflation fear and, in turn, also justify the first-rate hike as early as this March. According to the CME’s FedWatch, almost 70% of the market participants are expecting the March rate hike, so bitcoin may be able to defend $40k in case of another sell-off, but it certainly is not the time for optimism in the short run.

Therefore, the analyst believes $44,000 to $48,000 to operate as short-term important resistance levels. A break above the latter could push Bitcoin to the high of its current range, near $50,000, otherwise, the crypto could re-visit the lows, as it has been moving over the past weeks.

This goes to show the uncertainty in the market, but with Bitcoin still holding on to some bullish price action. If the inflation metrics in the U.S. continue to trend to the downside or below investors’ expectations, the first crypto could resume its upside trend with more strength in the coming months.

Jan Wüstenfeld, analyst for CryptoQuant, wrote the following on the CPI and its potential impact on BTC’s price in the long term:

(…) if it (inflation) continues coming down in the next months this would be the perfect excuse for the FED to reverse its hawkish stance, which would be bullish for Bitcoin. 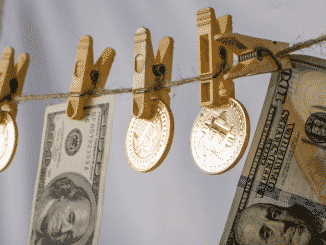