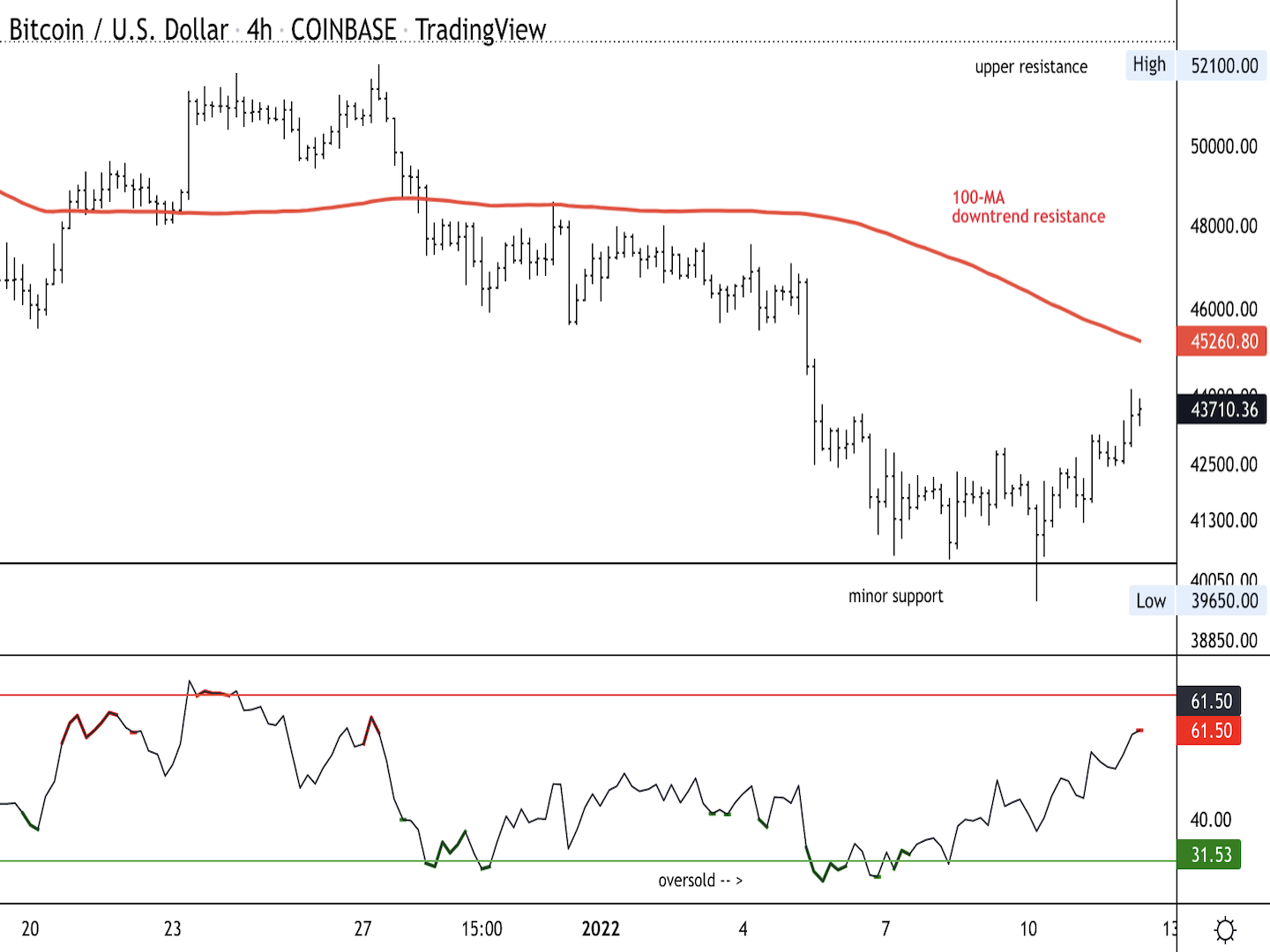 Bitcoin (BTC) buyers held support around $40,000 as oversold signals appeared on the charts.

The recent bounce suggests the cryptocurrency is starting to recover after a near-30% decline from its all-time high around $69,000 in November.

The relative strength index (RSI) on the four-hour chart is approaching overbought levels, similar to what occurred in late-December, which preceded a brief pullback. The RSI on the daily chart, however, continues to rise from oversold levels, which means buyers could remain active on price dips.

Still, given the short-term downtrend, upside appears limited toward the $45,000-$48,000 resistance zone. And on weekly and monthly charts, momentum signals remain negative, which means price rises could be limited for now. 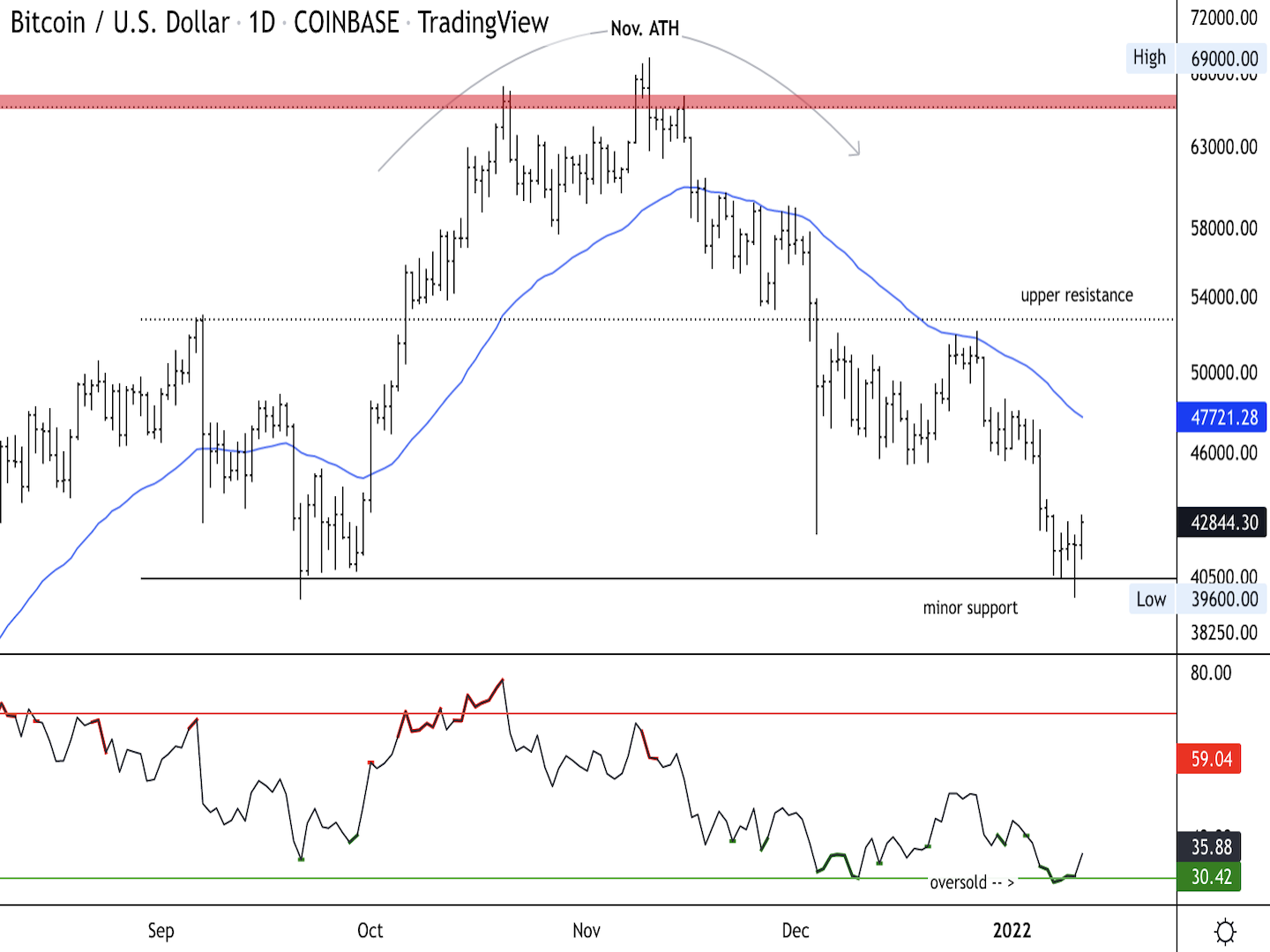 Bitcoin(BTC) Price to Likely Stay in $45k-$48k Range For Longer! Here’s Why