Bitcoin price reveals that it wants to build up shorts, to confirm an upward move. But on-chain metrics ascertain that its path does harbor some hindrances. The flagship asset could be headed to local highs above $43k if bulls bypass the death–cross. On the contrary, if downside pressure builds up then it may even plunge underneath $40k.

The flagship asset has risen above $42k by flipping the falling wedge channel at around $41.34k on the daily chart. The move suggests that BTC price could have more room to slide upwards. However, the slice below $41.340 signifies that the most dominant asset could topple over 12% toward $38k. 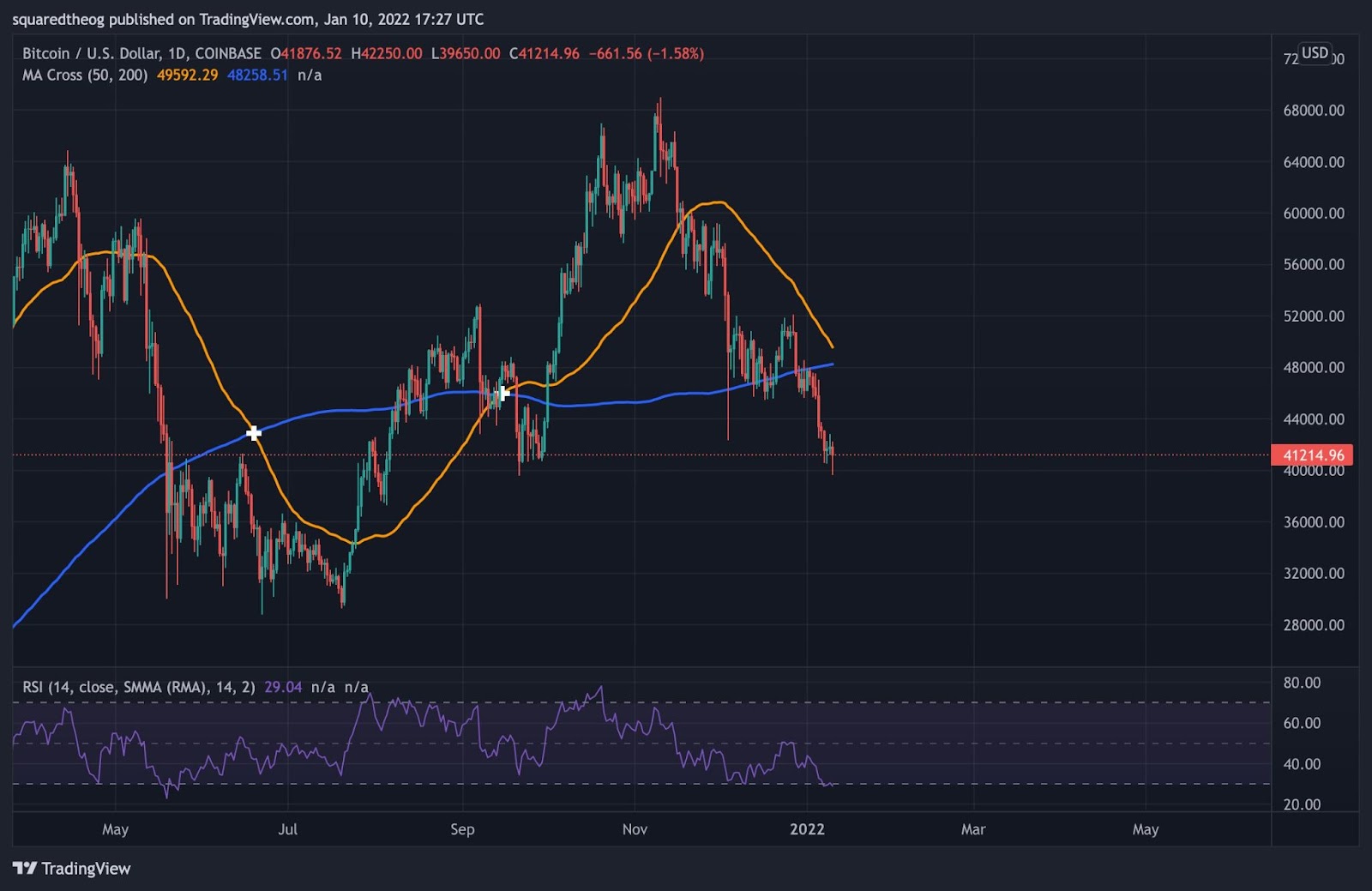 Further, BTC’s 50 days MA is sliding to close below 200 days MA. If the cross-over yields to death-cross then we can expect a significant correction. Usually, during such scenarios, the flagship asset undergoes heavy downfall. The asset has incurred a loss of 71%, 65%, and 55% in 2014, 2017, and 2019 respectively. Hence, if something similar recurs then it would plummet below $38k.

Why Bulls Would Bypass Death-Cross?

Collectively, the above catalysts have a big role to play in the next couple of days. If the network growth push increase in the number of transaction, active addresses, and more then bulls would bypass death-cross. However, death-cross remains a scenario, if buy orders continue then values claiming above $45k remain intact. On the contrary, the bearish predominance would bottom out the price below $38k.