Was $39,650 the bottom? Bitcoin bulls and bears debate the future of BTC price 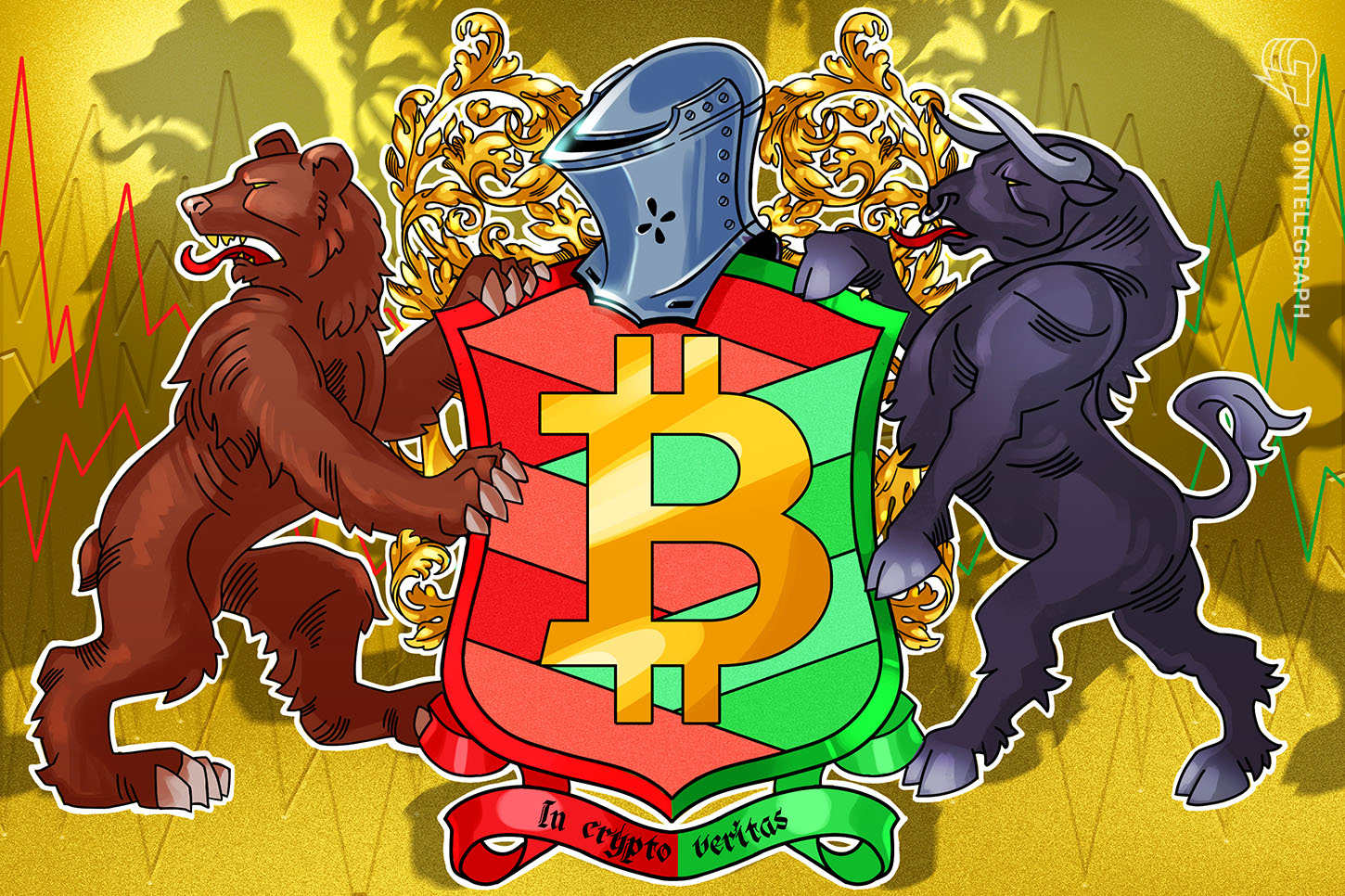 Bitcoin price made a quick pop above $43,100 in the U.S. trading session but uncertainty is still the dominant sentiment among traders on Jan. 11 and bulls and bears are split on whether this week's drop to $39,650 was BTC's bottom.

Data from Cointelegraph Markets Pro and TradingView shows that the price of Bitcoin (BTC) has traded tightly around the $42,000 level as the global financial markets digested U.S. Federal Reserve Chair Jerome Powell's statements on the upcoming fiscal policy changes. 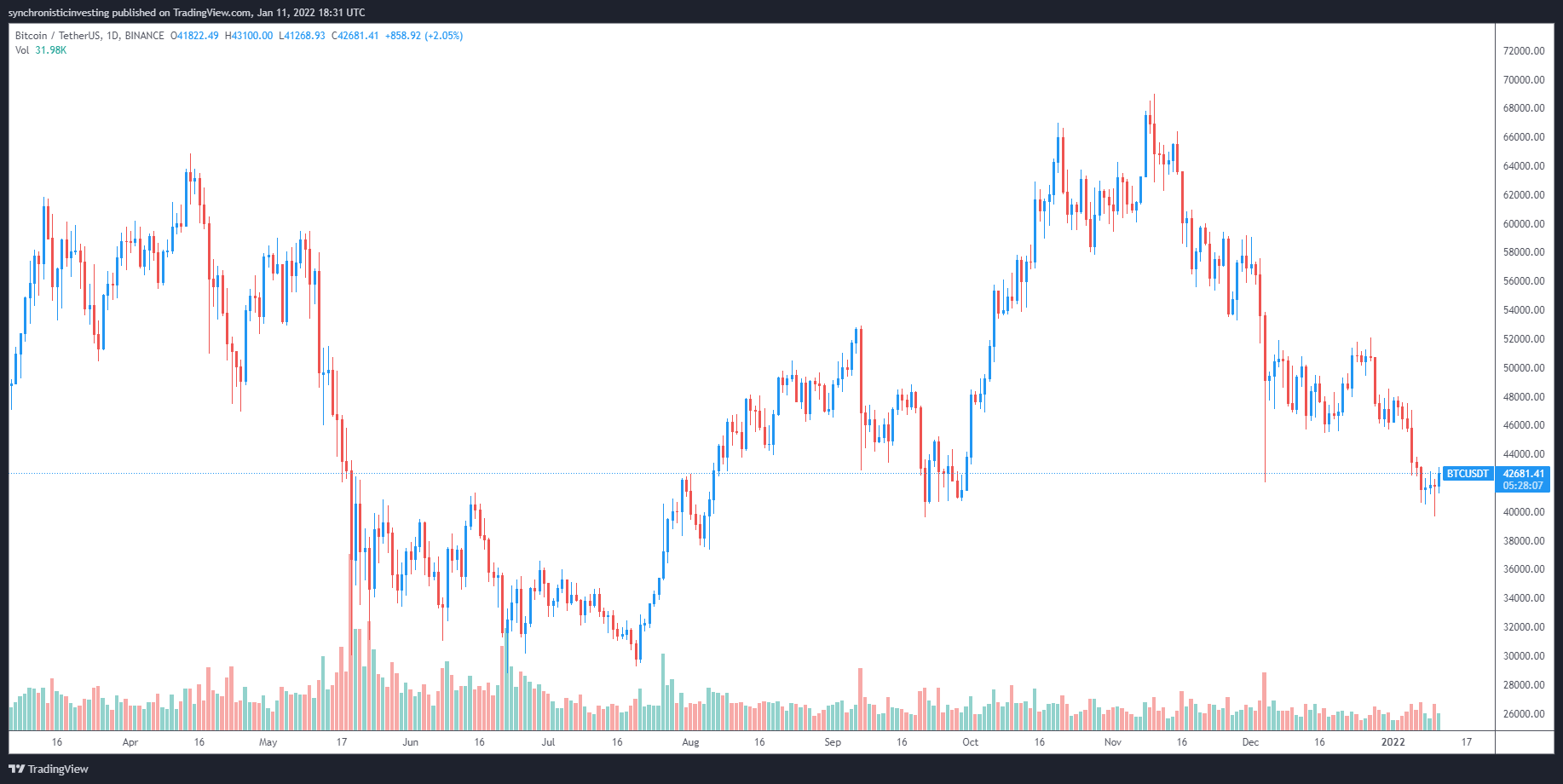 Powell indicated that the central bank is prepared to “raise interest rates more over time” if inflation continues to persist at high levels, but analysts were quick to note further comments suggesting that a low interest environment could persist for some time.

It's possible that traders may have interpreted these comments positively and while it is not possible to connect Powell's comments to direct price movements, BTC did manage a quick surge above $43,000.

“It is really time for us to move away from those emergency pandemic settings to a more normal level. It’s a long road to normal from where we are.”

Here’s a look at the ongoing debate on whether the crypto market is positioned to head higher in the coming days.

The crypto market is well known for its volatility and history of extensive drawdowns after new all-time highs have been established, a characteristic highlighted by pseudonymous Twitter user ‘ChrisBTCbull’. 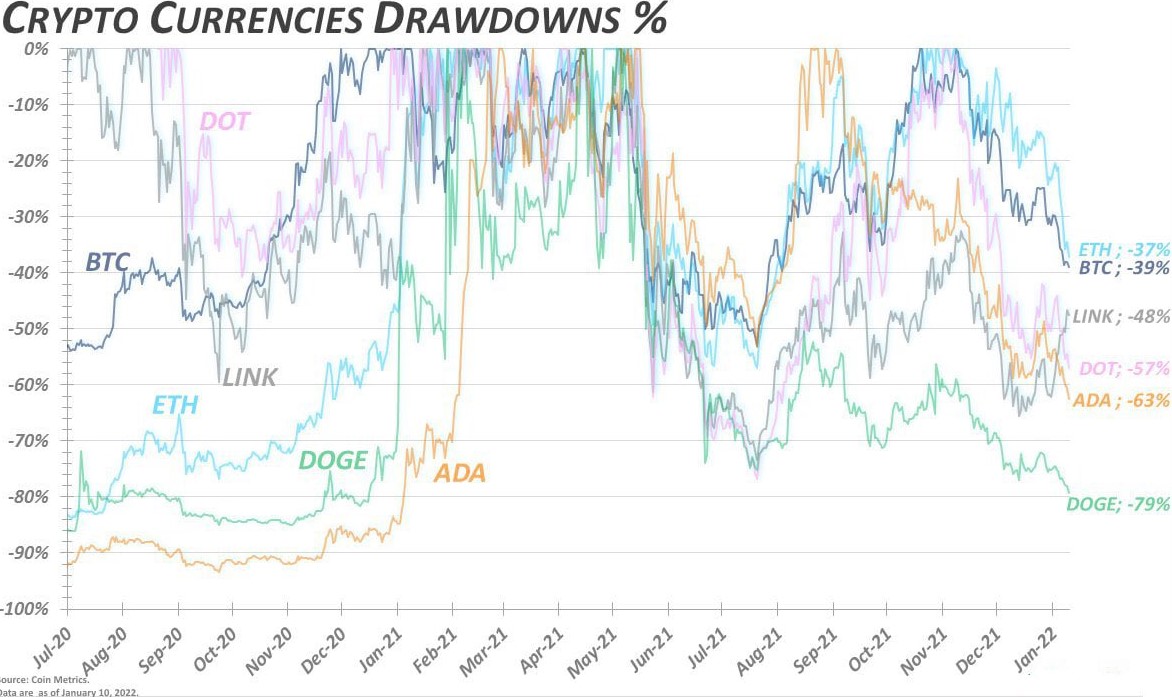 This across-the-board drawdown saw BTC fall by nearly 40%, while Dogecoin (DOGE) is down 79% from its highs, but according to bullish analysts, recent technical developments suggest that the market has reached a bottom.

According to crypto analyst and Twitter user Will Clemente III, Bitcoin is “entering the Buy Zone on Dormancy Flow” as highlighted on the following Bitcoin entity adjusted dormancy flow chart, which “essentially compares price to spending behavior.” 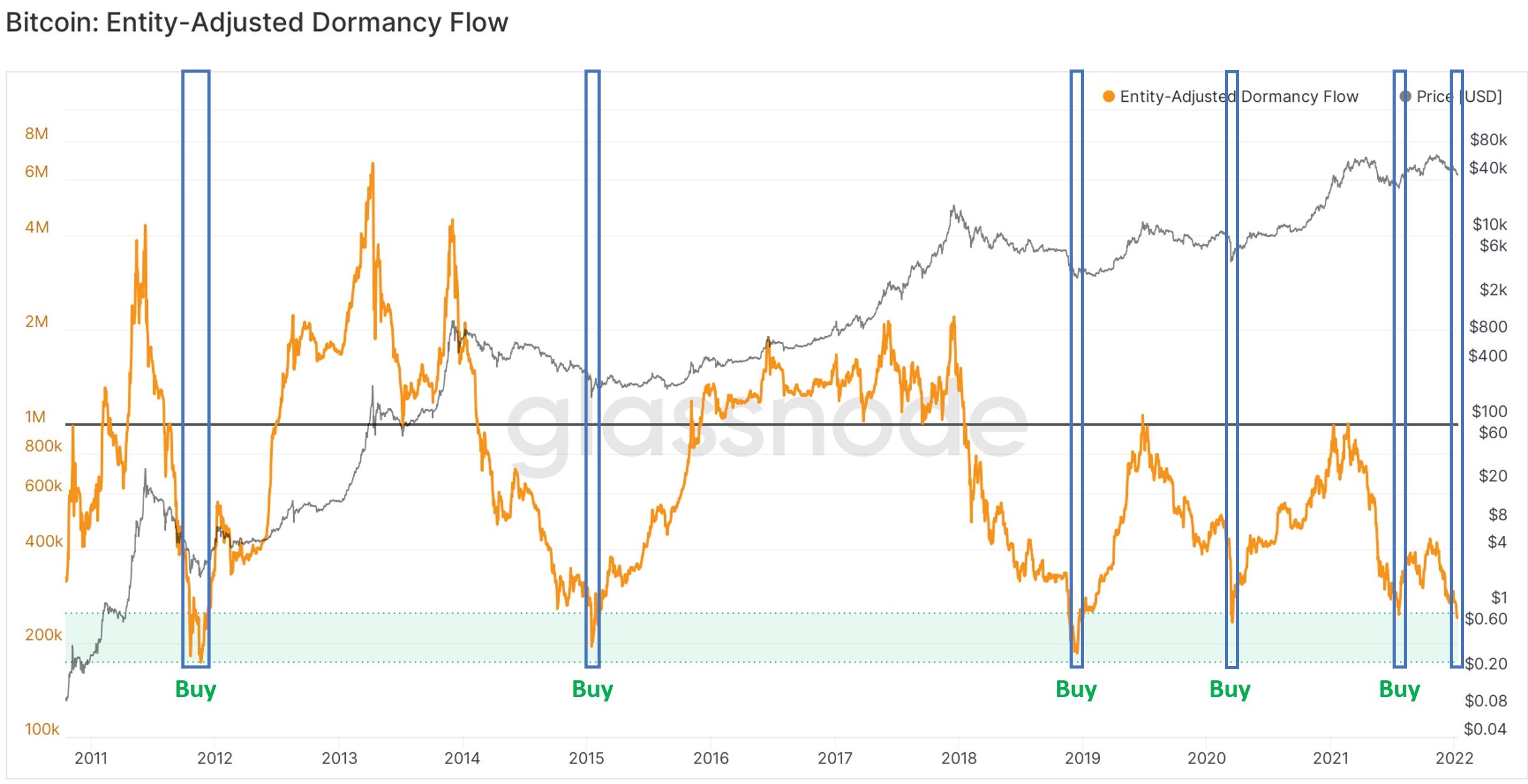 “This bottoming signal has only flashed 5 times before in Bitcoin's history.”

Despite today's spike to $43,100, many analysts are pessimistic about Bitcoin's short term prospects and caution that a potential “death cross” on the the daily chart has historically been a strong bearish indicator.

“Bitcoin is approaching the "Death Cross.” The last time this happened in June the price dropped 20% more over 31 days. That would take us down to $34K by the 9th of Feb if this repeated.”

As for the altcoin market, the recent price weakness in the USD and BTC pairs was addressed by analyst and pseudonymous Twitter user ‘Pentoshi’, who posted the following tweet suggesting a more bearish performance in the near term for alts.

Im pretty bearish alts. The hilarious part is the people replying to me with their alts which are in downtrends on both usd/btc pairs. The point of the bounces is to get you to chase into your lower highsI still believe Btc is in a downtrend. Bc it is. Which is why LH expected— Pentoshi DM'S ARE SCAMS (@Pentosh1) January 11, 2022

For the time being, traders appear content to play the waiting game to see if the crypto market reverses course of stays range-bound for the foreseeable future.

Bitcoin Price Prediction: BTC stares into the abyss as $39,500 looms