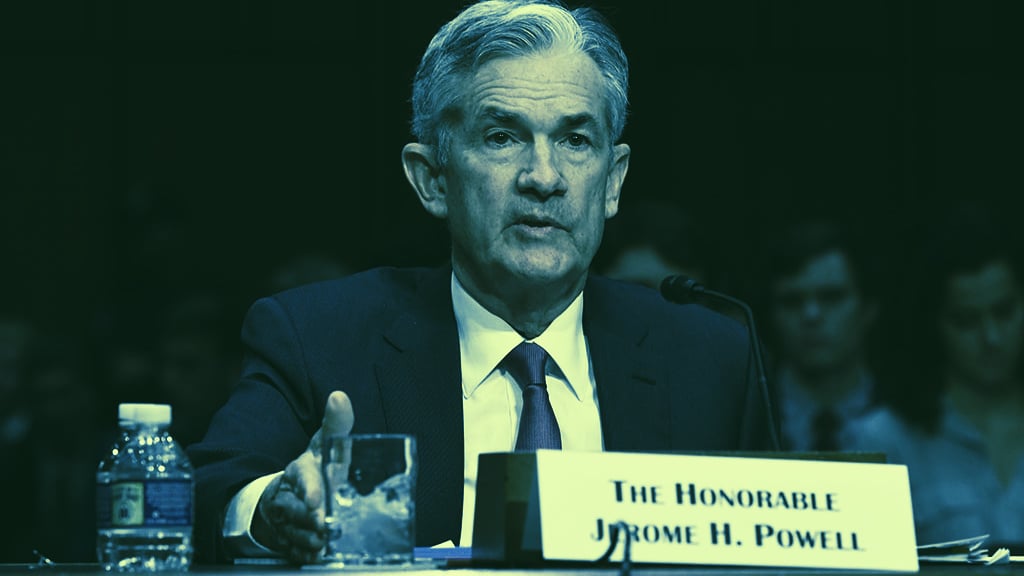 Powell's comments, which he made during a Senate hearing on whether he should be reconfirmed as Fed chair, come amid growing frustration in Wyoming over the central bank's treatment of crypto companies like Kraken and Avanti.

Those companies are among a handful of crypto businesses that have received permission under Wyoming law to become Special Purpose Depository Institutions (SPDI)—a new type of financial entity that can transact in crypto while also performing traditional banking services.

In order for these SPDIs (pronounced "speedy") to begin banking operations, however, they require so-called "master accounts" at the Federal Reserve, which banks use to arrange payments with the central bank and conduct settlements with other financial institutions.

But while Kraken and Avanti received SPDI charters from Wyoming in 2020, the Federal Reserve has refused to process their applications for master accounts—a decision that Sen. Cynthia Lummis (R-Wy) claims is both unfair and illegal.

"I’m terribly concerned about the manner in which Wyoming's SPDIs are being treated by the Federal Reserve," Lummis told Powell.

Lummis also cited legal precedent to claim the Fed does not have discretion to deny the master accounts to SPDIs, and accused it of a strategy of "deny by delay" and "starving the applicants until they die."

Powell responded by saying that the Federal Reserve has studied the SPDI applications closely, and that there are "good arguments" for treating them as eligible to receive accounts.

But Powell also suggested the central bank has concerns about allowing the likes of Kraken and Avanti to join traditional banks as Fed customers, noting the SPDI model could expand rapidly with implications for the broader financial system.

"If we start granting these, there will be a couple hundred of them soon," he told the hearing. "They’re hugely precedential, which is why I'm taking my time on this."

Lummis retorted that the Federal Reserve has sat on the SPDI applications for more than year, and has been slow to communicate with the crypto banks and her staff on why the process is taking so long.

“Throw me a lifeline to support your nomination," said Lummis, who last month urged her fellow members of the Senate Banking Committee to consider blocking Powell's renomination over the issue.

Powell's reappointment is all but assured, however, as numerous Senate Republicans have already stated they support him, in part because they regard him as more moderate than other candidates who President Biden was considering.

Tuesday's hearing saw Senators address a wide variety of issues confronting Powell and the central bank, including high inflation, diversity and the recent resignation of several Fed board members over ethical concerns.

Lummis was not the only Senator to ask Powell about crypto policy at the hearing. Sen. Mike Crapo (R-Id) pressed the Chair to say when the Federal Reserve would release an overdue report about its policy on stablecoins and cryptocurrency.

Powell replied that the report has been completed and would be published "in coming weeks."