Will This Be The Reactant For Polygon’s (MATIC) Price Surge By 55% To The Moon? The crypto sphere is growing bullish on the fundamentals, developments, and utilities of protocols with each passing day.

Regardless of the monetary metrics being bearish, which is now known to the masses. What is fascinating is the tireless efforts of the makers of the blockchains, who have been leveling up the game.

While finding an ideal crypto is no less than finding a needle in a haystack for any novice. Polygon is among the handful of cryptos that have managed to establish their realms.

Amidst the adoptions and collaborations, which are available in abundance. The makers unveil “Plonky2”, which they regard as the world’s fastest ZK-Scaling technology. On the contrary, partisans of the protocol are optimistic about Polygon’s future in NFTs, and metaverse.

Will Polygon’s Scaling Tech Be A Threat To Ethereum?

Polygon has introduced “Plonky2”, which it claims to be the world’s fastest ZK-Scaling technology built by Polygon Zero. Plonky2 is a recursive SNARK that is 100 times faster than existing alternatives and natively compatible with Ethereum.

What gives Plonky2 an upper hand, is its swiftness as it takes a mere 0.17 seconds to generate recursive proofs on a “laptop”.

It can also support ETH transactions and practically verify on Ethereum layer-1. The makers cite the unique features to pave way for horizontal scaling of the network.

Which would increase the throughput with the addition of every node to the network. ZK-Rollups will play an imperative role in the network’s sprawl to diverse sectors, making it the leader of layer-2 solutions.

On the other hand, a proponent cites that 85% of 130 M user accounts have no corresponding activity on the same Ethereum addresses.

This means that the network has onboarded 110 M addresses directly to EVM compatible DeFi, NFTs, and gaming. Which is a feat achieved, since users have opted for Polygon over Ethereum for its affordable fees.

Polygon could emerge as one of the major contributors to the metaverse. As it is currently used by major players and is developed on the lines of Aave, Decentraland, and Sandbox.

The perks offered by Polygon make it an enticing buy over the second-largest crypto in the business. The aforementioned scaling tech is another feather to its cap.

Summing up, in a market full of layer-1’s, Polygon has been flourishing at an astounding rate. The developmental initiatives alongside adoptions and engagements in the community will script the future prospects of Polygon.

With the year expected to be in the name of DeFis, NFTs, and metaverse Polygon will be among the few, that will be the top pick amongst buyers. 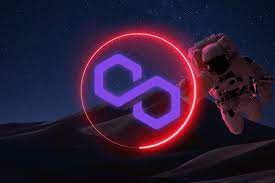