Here’s How Much El Salvador’s Bitcoin is Currently Worth

The Central American nation of El Salvador entered into the pages of history as the first country to officially adopt bitcoin as a legal tender on June 9, 2021.

Subsequently, the country went on a bitcoin buying spree, taking advantage of every opportunity to acquire more of the popular “digital gold” since it considers it a hedge against the consequences of inflation.

El Salvador has made a total of eight BTC purchases to date, and about half of them were made in September alone.

In October, El Salvador made its biggest and most expensive purchase when it bought 420 BTC worth $24.69 million. On Black Friday, the country made another worth $5.42 million (100 BTC).

With the current state of the crypto market, here’s how much El Salvador’s bitcoin stash is worth.

The country spent a whopping $70,561,800 on its Bitcoin investments, with its total holdings currently sitting at 1,391 BTC.

As outlined by popular cryptocurrency commentator Cobie, El Salvador’s entire BTC stash is now worth just over $60 million. This means that the nation is currently down on its bitcoin initiative by more than $10 million.

The El Salvador buys are not actually that bad actuallyI mean every single buy is under water, but they’re only down ~$11m in total (70.5m invested and just below 60m portfolio now)Do wonder if they keep bidding or ever sell any of this stuff pic.twitter.com/P6Ib23Ch0U— Cobie (@cobie) January 7, 2022

Nonetheless, El Salvador is still bullish about the cryptocurrency and has started several projects following its Bitcoin adoption. These include building a pet hospital, constructing 20 new schools, mining bitcoin with a volcano, and building a Bitcoin city, all of which are powered by BTC.

Earlier in June, the country’s president, Nayib Bukele, pointed out that the adoption decision was a “forward-thinking” one.

Now the big question is, will El Salvador maintain diamond hands, or will it be selling some of its BTC holdings? Only time will tell. 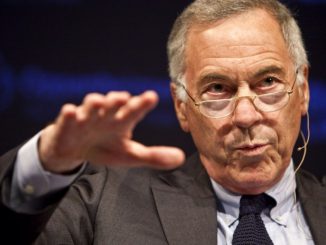