Just like the bloodbath seen across the rest of the crypto-market, Ethereum has also lost over 17% of its value in a week. At the time of writing, the coin was hovering close to the $3,165-level.

Meanwhile, analyst Peter Brandt indicated in a tweet that ETH appeared to be in a bear trend as it was an “overly complicated, expensive, and awkward platform.”

And, not just that, he added that ETH’s bear trend against SOL is completely warranted.

Needless to say, many in the Ethereum community disagreed with the same. However, a Twitter user with the handle name Satoshi Friends presented a contrary point of view.

No, @PeterLBrandt, you simply either do not know, or you are deliberately ignoring the issue related to the fact that almost all of the $SOL (>95%) emission is bought by funds (@AlamedaResearch & Co) at 4-20 cents and manipulated to sell on the highs.— Satoshi Friends (@slezisatoshi) January 8, 2022

That being said, it is noteworthy that SOL has witnessed three congestion incidents over a short period of time. In fact, soon after each incident, the community started speculating if the network has become vulnerable to another DDoS attack.

Now, Solana is the market’s sixth-largest crypto, down from the fifth spot it held last week, after going down by 21.5% over the same period.

But, that doesn’t make Ethereum as a DeFi platform invincible. In fact, JPMorgan Chase & Co. recently predicted its falling dominance over competitors in a note. Meanwhile, with ETH 2.0 on the way, the project is also in a critical phase as per the bank. However, scaling delays “which is necessary for the Ethereum network to maintain its dominance” might further negatively impact the network. A team of analysts led by Nikolaos Panigirtzoglou said,

“Optimistic view about Ethereum’s dominance is at risk.”

As expected, so far Ethereum continues to demand over 60% share in the DeFi space. But, that share was close to 70% just a few months back. Meanwhile, platforms like Terra, Binance Smart Chain, Avalanche, and Solana have moved up the ladder.

“We expect the enduring trio — Bitcoin, Ethereum and crypto dollars — to maintain dominance. The top 2021 upcomers — Binance Coin and Solana — may end the pattern of temporary visitors among the top five.”

In terms of price levels, McGlone sees Ethereum heading towards breaching the $5,000-resistance.

BitMEX Co-Founder Arthur Hayes has another interesting take when it comes to Ethereum and tokens tied to the layer 1 chain. He said,

“Bitcoin and Ethereum both have some pretty glaring shortcomings, and if another crypto can supplant either one, its value will naturally explode.”

He concluded by claiming, “Monero is to Bitcoin what Solana is to Ethereum.” 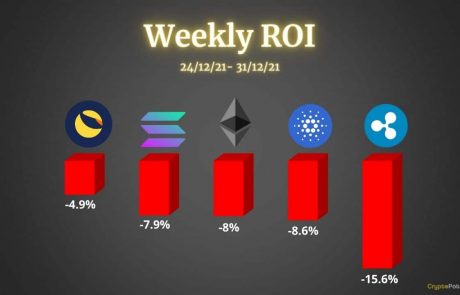 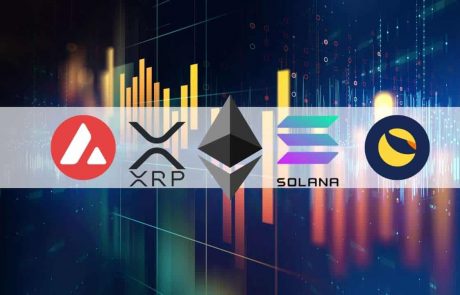