Crypto Has Entered a Bear Market, but Here Is a Positive Sign, Data Suggest 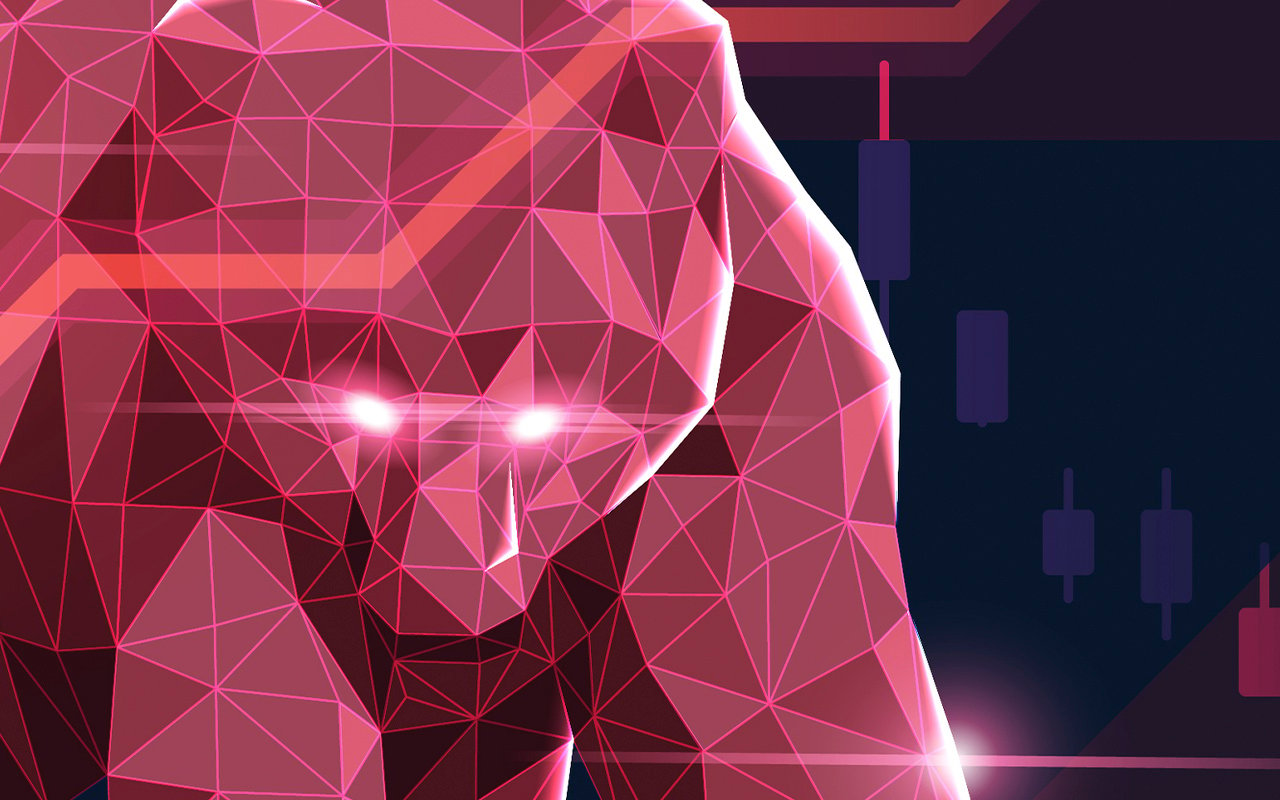 📊 Our social trends data confirms that the trading crowd feels very much as though #crypto is in an official #bearmarket. Mid-May was the last time #bearish sentiment was this prevalent, which is a very promising sign that weak hands are capitulating. 👋 https://t.co/Xyuw1L5fRB pic.twitter.com/Uz882URRla— Santiment (@santimentfeed) January 10, 2022

This follows declines in the previous week, with Bitcoin dipping to lows of $40,505 on Jan. 8. Bitcoin is presently down 10.58% in the past seven days, according to CoinMarketCap data.

The cryptomarket tanked on Jan. 5 along with the equities market minutes after the U.S. Federal Reserve's December meeting indicated that the central bank could hike interest rates as soon as this March. Also, a nationwide internet shutdown to quell unrest in Kazakhstan, the second-largest country in Bitcoin mining, forced local miners to switch off their equipment. 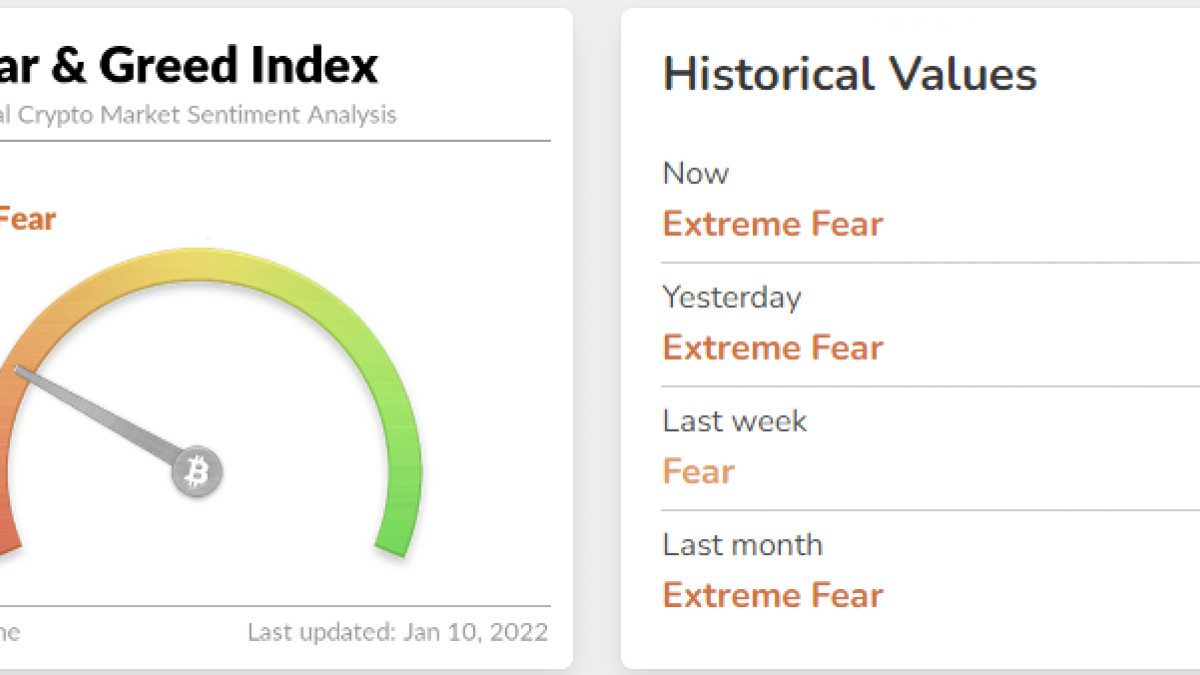 According to Santiment, the last time bearish sentiment was this prevalent was in mid-May 2021 when Bitcoin touched lows of $30,000 following its dip from highs of $64,899.

The on-chain analytics firm notes that the prevalence of bearishness across the board could be a very promising sign that weak hands are capitulating. It notes that previous ''bear market'' spikes have led to short-term increases until the FUD (Fear, Uncertainty, Doubt) stops.

Cryptoanalyst Lark Davis jokingly hinted at incoming buying pressure for Bitcoin amid rising inflation. Jan. 12 (Wednesday) will see the release of fresh stats in which, according to Crypto Lark, inflation is expected to hit the high level of 7.1%. Rising inflation is beneficial to Bitcoin, as it serves as an inflation hedge. 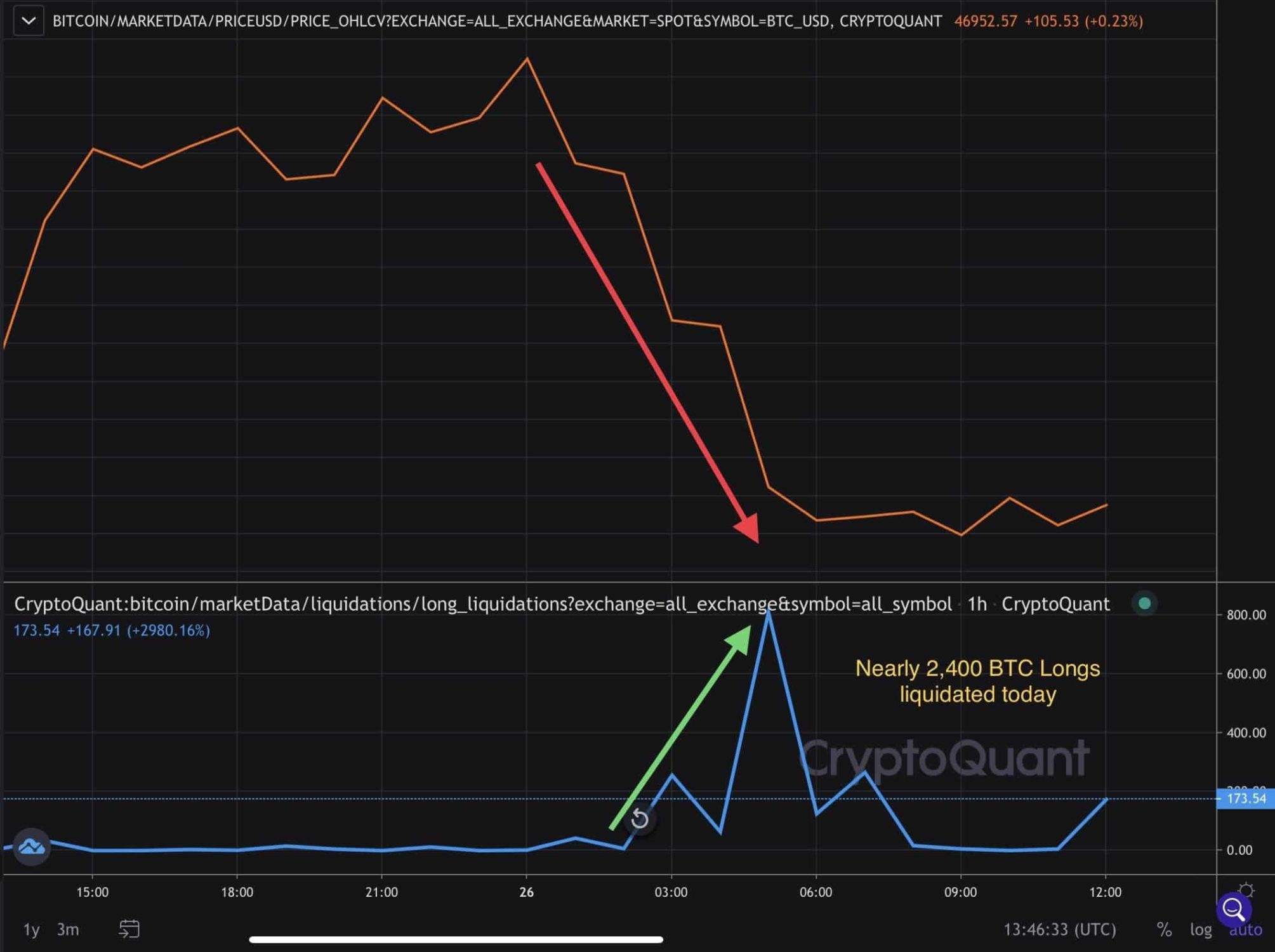 Crypto Liquidations in the last 2 hours cross $174 million; is it over for Bitcoin (BTC) bulls?