Siraj Raval has tried just about every way there is to mine for cryptocurrencies from his 2018 Tesla Model 3.

He's run free bitcoin mining software on his Apple Mac mini M1 and powered the computer by plugging an inverter into the 12-volt cigarette lighter outlet on the dashboard of his car.

He's also hooked up interconnected graphics processing units or GPUs to the "frunk" of his Tesla, running these machines off the car's internal battery.

But Raval's favorite way to mint crypto coins like ethereum is to use JavaScript to hack into his Tesla's native CPU. The CPU is the car's internal computer that helps with system navigation and provides entertainment to riders.

Though it risks voiding his car warranty, Raval says it's worth it.

"It's much faster, and it's much more energy efficient," explained Raval, who says that when the price of ether and polygon peaked in 2021, he was netting as much as $800 a month mining for both.

Bitcoin miner Alejandro de la Torre says that ultimately, mining from a Tesla is just like connecting to any other power source.

"The main component is the price of the electricity. If it's cheaper doing it through an electric vehicle, then so be it," said de la Torre.

How to mine for crypto with a Tesla

Back in 2018, Chris Allessi — who tells CNBC he was Wisconsin's first-ever electric car dealer — decided to tinker with his Tesla.

This is nothing new for Allessi, also known as K-Man on his YouTube channel, who builds custom electric cars in his free time and bills himself as a modern-day Doc Brown, the character from the film "Back to the Future" who retrofits a car into a time machine.

"I like electricity. I like zapping stuff, building stuff. You give me an electric motor, I give you a finished product," he said.

Similar to Raval, Allessi has tried out a couple different ways to transform his Tesla Model S into a crypto mining rig.

In industry speak, crypto mining is the energy-intensive process in which machines around the world contribute their computing power to the overall network, in order to create new coins and validate transactions of existing tokens. They do that by running specialized software that crunches complicated math equations. To participate, essentially all you need is a computer and power.

Allessi has tried mining for bitcoin by plugging a Bitmain Antminer S9 — a type of mining rig specifically used to mint the world's most popular cryptocurrency — directly into his car battery, with the help of a power inverter. The inverter adjusts the voltage of Tesla's electric battery to a level that's compatible with his Antminer.

Allessi has also successfully used the vehicle's internal firmware to mine for altcoins.

"It was no big deal," he said of the process. He used the built-in computer and screen in the car to navigate to a web page that he had set up specifically to mine for the popular privacy token monero. "I could run the mining program within the browser," Allessi explained.

Of all the techniques that Raval has tried, the most profitable involves a mix of hacking into Tesla's internal computer, plus plugging GPUs directly into the car's electric motor.

Raval uses JavaScript to create a web app that can retrieve data from his Tesla, and in some cases, modify it.

"It's a computer with wheels...It's so simple to hack into this computer car," Raval said, who describes the process as essentially hijacking the car's internal firmware to allow for extra power usage.

From there, he tethers five GPUs to his Tesla battery, and he switches between running two different hashing algorithms: one mines for ethereum and the other generates polygon tokens.

Professional-grade miners tell CNBC that, in theory, the logistics check out.

"The mechanisms are all there," explained Whit Gibbs, CEO and founder of Compass, a bitcoin mining service provider.

"You have a power source, you have space, you have the ability to add cooling. There's certainly enough power provided by the battery to fire up an ASIC and run it," continued Gibbs.

Profitable but worth the hassle?

Whether Tesla crypto mining proves profitable has a lot to do with when the driver bought their vehicle.

Allessi, for example, purchased his car before Jan. 2017, meaning that he was grandfathered into a scheme where he has free and unlimited supercharging for the life of his vehicle.

In 2018, he estimates that over a 60-hour window, he would make $10 worth of bitcoin, all of which was at a profit, because he didn't have to pay for power.

But even though it was profitable, it was hardly worth it, he says.

"Why would you want to put that kind of wear and tear on a $40,000 to $100,000 car?" he said. "And right now, even though the price for bitcoin has gone up dramatically, so has the difficulty level...In the same amount of time with the exact same equipment, I'm probably looking at $1 or $2 worth of bitcoin."

"Did it work? Yes. Did it mine anything worthwhile to be able to be profitable in any way, shape, or form? No," explained Allessi.

Raval is more optimistic about the earning potential for his Tesla.

Even though he has to pay to charge his vehicle, Raval says the battery itself is "bar none," so he is able to get a lot of bang for his buck.

Raval's car gets 320 miles per charge, and it takes about $10 to $15 to charge it. If he drives it for a few hours on a daily basis, it needs a charge once every one-and-a-half weeks, putting his monthly bill at anywhere from $30 to $60.

Raval estimates that he mines roughly 20 hours a day off his Tesla battery. Though the price of altcoins like ethereum and polygon are prone to volatility, Raval has baked in other backstops to ensure profitability.

For one, he stakes his ethereum on "Midas.Investments," a custodial crypto investment platform that offers him an annual percentage yield of 23% on his investment. He also never cashes out to U.S. dollars so that his crypto nest egg keeps growing.

Raval buys his GPUs used off eBay as well, which helps to save money.

Taking all of these steps into account, Raval says that over the course of 2021, he earned anywhere from around $400 to $800 a month, making the venture profitable, even during crypto's doldrums.

Allessi tells CNBC that he doesn't bother with mining anymore.

"The difficulty is so high...I could make more money working at McDonald's," he said.

Allessi did offer one alternative. "If you're working for a company, you'd be better off hiding a miner up in the drop ceiling than you would be mining with a car," he said of siphoning free electricity from an employer.

But for Raval, mining cryptocurrencies off his Tesla isn't just a gimmick. Instead, it is a big part of his plan to make his Tesla a fully autonomous robotaxi that earns crypto anytime it's not driving.

Although Tesla's CEO Elon Musk has touted the potential for vehicles to become autonomous robotaxis, Teslas today are still far from being able to drive themselves. Nonetheless, Raval believes in this future.

"It will use its earnings, from both transportation services and cryptocurrency mining services, to pay for its own expenses, like repairs, electricity costs, and upgrades, as well as invest them into a diversified portfolio of emerging crypto-community networks," he said. 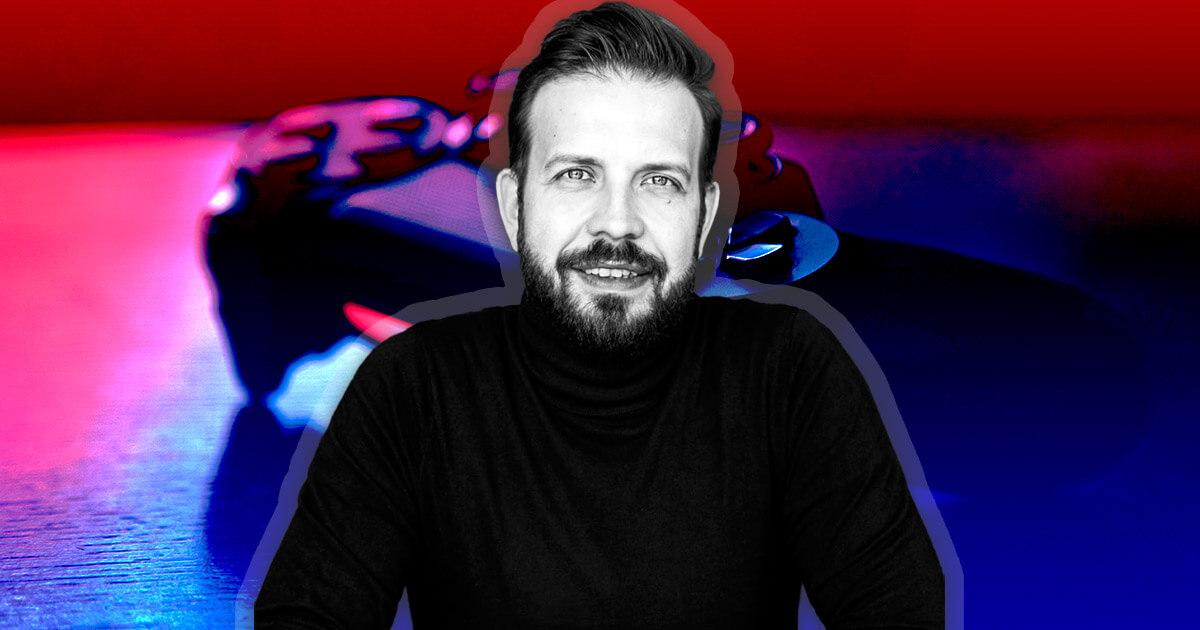 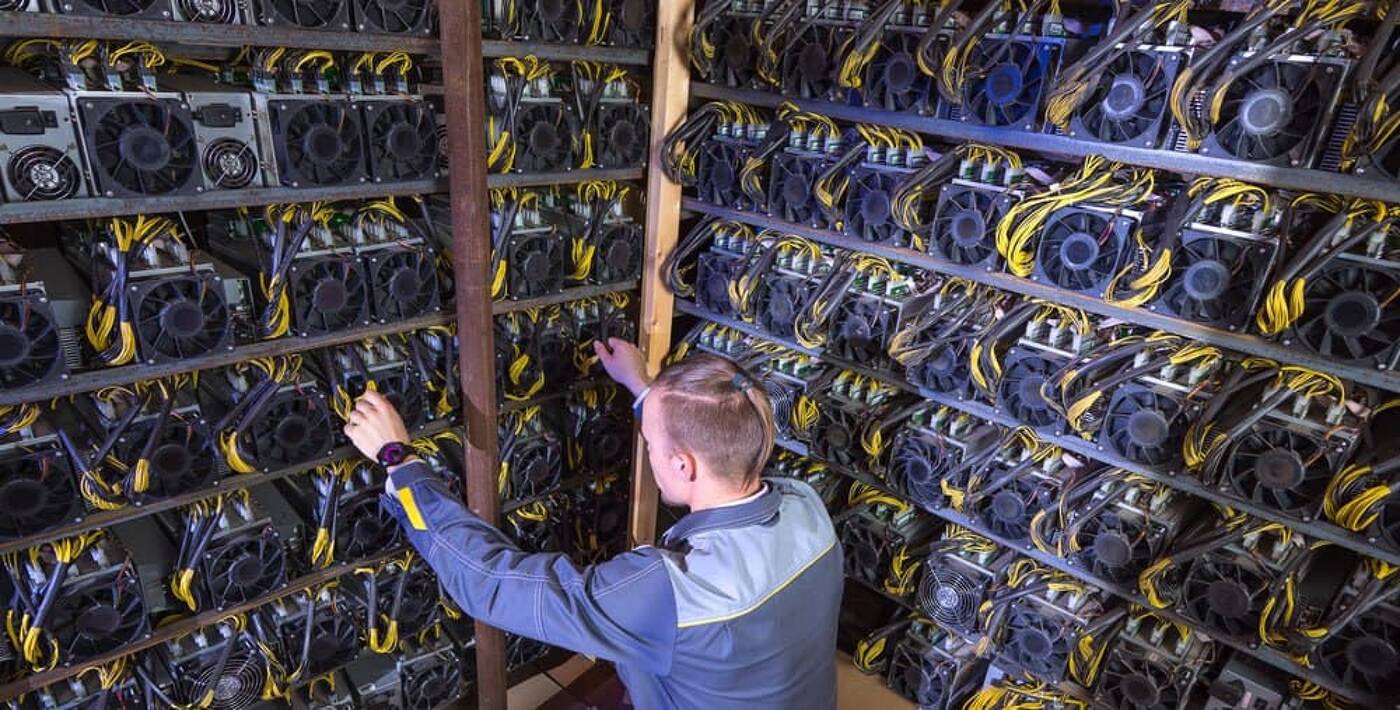