Caution Traders!! Bitcoin Long Positions are Pretty Risky Now, Yet Altcoin May Be A Ray of Hope Bitcoin price is currently paving way for extreme uncertainty leaving behind the traders in FUD. While some of the buyers tend to normalize the crypto space, bears are always ready to extract the profit, no matter if the profits are in the single digits. And hence in these environments, getting into new trades may be extremely risky as the next price movements cannot be estimated.

Why investing in either short or long is dangerous, despite the fact that regardless of the price movement, traders tend to make good profits? Let’s check it out.

The year 2020-21 were extremely thriving for the entire crypto space as they got the much-required attention and adoption. And hence many tend to enter the space expanding the user base that included individuals from various industries. This was pretty hazardous as many entered witnessing the bull run but not with complete DYOR. And hence currently, the seasoned and experienced traders acquire a huge trader base who decide the upcoming price movement.

What’s Next For Bitcoin (BTC) Price? 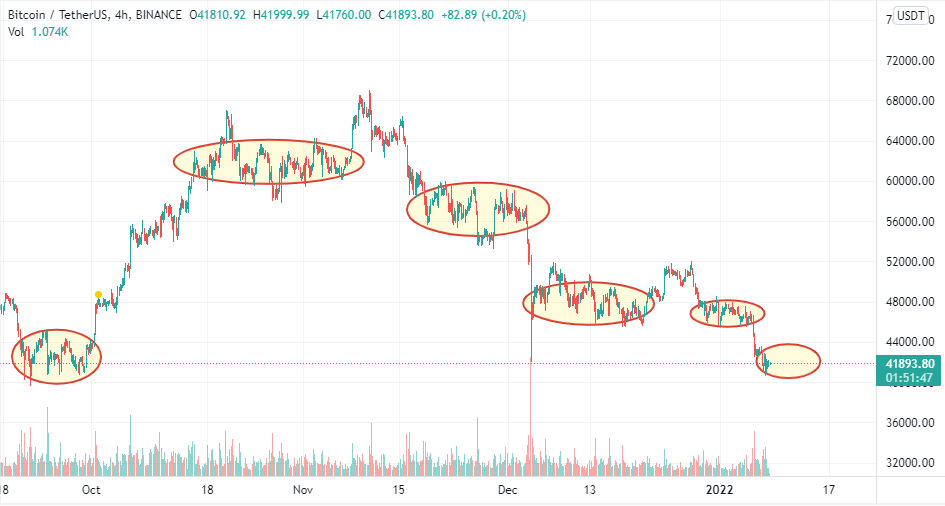 Considering the chart movements, it’s pretty clear that the bulls-bears play a major role in descending the next price movement. No doubt the retail traders attempt to maintain the BTC price at each level, the bulls or bears suddenly jump in action to act accordingly. During a notable bull run, traders consolidate after reaching certain levels and later bulls enter to escort the price to the next levels.

Therefore, while the trend is completely dependant on the bulls or the bears, retail traders need to wait until they act accordingly. Else the traders may end up losing a large part of their investment as the next price movement is completely uncertain as the market remains extremely volatile.