Building a new class of developers for Web3 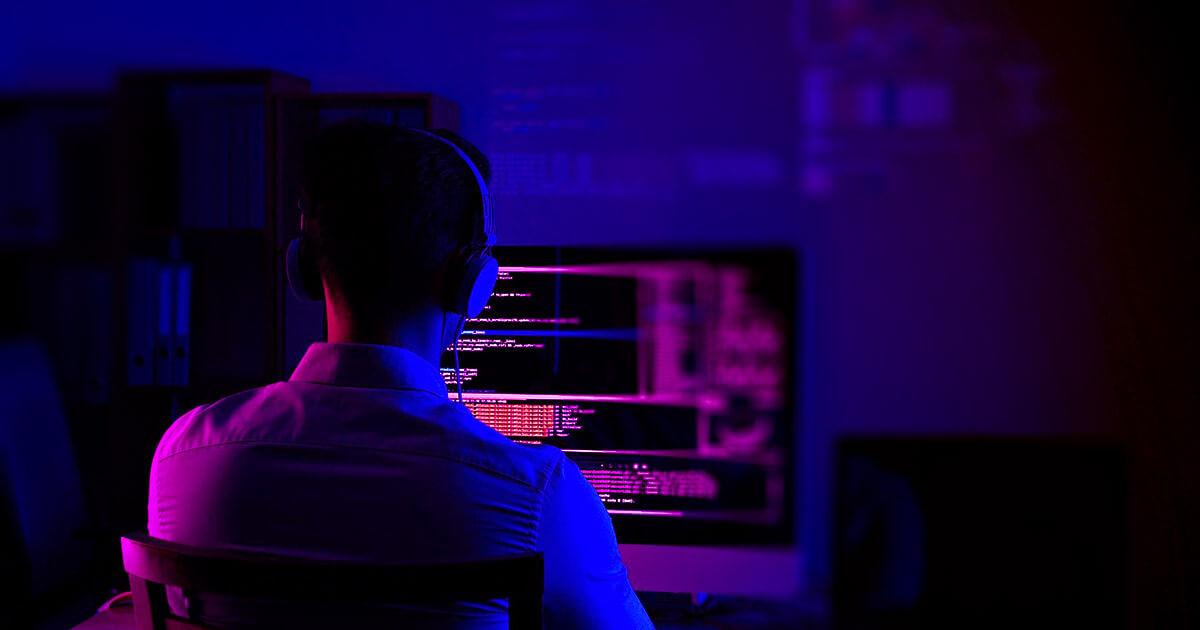 The Internet is arguably one of the most significant technological developments in history. It is also a game-changing technology despite being only 20 years old. It is evolving quite quickly, having gone from Web1 to Web2 and undergoing another major transition into Web3, its latest paradigm shift. The world is at the MachineFi threshold, the machine-driven economy that will dominate globally for decades to come, unleashing an IoT value of up to $12.6 trillion by 2030.

Addressing the vital question of who will own the multi-trillion-dollar machine economy, IoTeX has focused development on Web3 and in global decentralized identity standards. These standards aim to enable individuals and machines to interact securely and privately without surrendering control of their data, smaOkay rt devices, and the value they generate to Big Tech.

In practice, IoTeX has kicked off a two to three-year plan aimed at building a new Web3 developer community who will focus vast resources on developing hundreds if not thousands of new MachineFi use cases on the IoTeX blockchain network, the fastest, most scalable, secure and low cost in the space.

“Something IoTeX is doing very well is around standards, which is where I have found one of the biggest intersections for hardware and software developer communities,” said Robert Wolff, Arm Senior Manager, and Ecosystem Developer Evangelist.

“If we want to create Web3, we need to make sure that we are participating in the creation of these standards,” Wolff reiterated. He explained that software developers “want to optimize their workloads, and make them run as efficiently as possible on a particular hardware with both sides —hardware and software— following established standards.”

Wolff said that it is not about which standards are better or more widely used in his opinion. “Suffice to say that adoption of standards is important for the benefit of developers across the entire hardware and software stack.”

The Arm team leader and expert software developer said that those companies and startups that follow and implement standards have a much stronger chance of becoming market leaders.

Web3 has decentralization at its core. It improves the Internet as we know it by removing the single point of failure. It returns control to the people by decentralizing the Internet and enabling all users, not just Google, Amazon, Apple, and Facebook, to own their data and smart devices, which is impossible on Web2.

On Web3, decentralized apps (Dapps) get created with open-source software developed by an open and accessible developer community and are in full public view. Participants can interact publicly or privately on the network without needing a trusted third party. And because it’s permissionless, all users and suppliers can participate without the governing body’s approval.

IoTeX has prepared for this new era since its 2017 inception. It has worked tirelessly on the global standardization side. IoTeX is working with the IEEE on the decentralized identity of things standardization to drive forward the interoperability of machines worldwide significantly. It has also focused vast resources on its fast-growing Web3 ecosystem.

“I’ve been around open source since 2003, and today this is what drives us forward, making everything much easier,” said Protofire Co-Founder Renat Khasanshyn. “With open-source, every major problem needs only to be solved once.”

Khasanshyn explained that because IoTeX is an EVM-compatible ecosystem, it opens up many opportunities.

He said his Protofire colleagues “basically decided we must join the ecosystem and start building on IoTeX, a network where solving hard problems again is not necessary, which is good news.”

“Not too many years ago, you basically wrote assembler code to get stuff done, and you really couldn’t test anything until it was deployed,” Andreas said. “However, there is now, especially in the more established ecosystems.”

He pointed out that there’s a good reason why everything that is coming out new and that is gaining any traction is mostly EMV-compatible. “Because there is a tooling ecosystem that already exists that has been proven, including for smart contracts. With open-source,” he reiterated, “you only need to solve the hard problems once, and then you reuse, and then you build on from there, you stand on those shoulders and continue.”

Renat pointed out the importance of new developers as an example of how IoTeX community developers can save time and money by building on and accessing work that has existed for years on open source.

“Developers in the IoTeX ecosystem can benefit from work that was started years ago as a public good and also basically an open-source tool used for highlighting certain things in the code,” he said. “And now people are funding past projects because it’s essential for developers.

Renat gave more examples of how the community of developers benefits from colleagues, open-source, and work that is part of the progress of the communities.

He said Multi Sigs are another example of how previous work today benefits newcomers. “For any series of applications to be deployed with smart contracts on IoTeX, the path already exists. Thanks to open source, the work is there to be used repeatedly. It is very beneficial for new developers who can use them safely, and securely and it doesn’t cost very much, certainly not the tens of millions of dollars it cost originally and throughout the years.”

We need to prepare for the new generation of builders into Web3, said Larry Pang, IoTeX Head of Growth. He asked Robert Palmer of Arm to reveal his strategy to invite new people in by spotlighting the open-source material you have for them to use and build on.

“We are very excited about developers utilizing EVM and being familiar with Solidity, and these folks can just seamlessly transition their development that was going on the Ethereum chain over to the IoTeX chain or other chains,” he said. “And this is all very beneficial to the community as a whole.”

“But it is in my opinion that full-fledged adoption goes beyond what developers are capable of and more so, what the average person can bring to the table, so what we need is a more of a low code or no code notion,” Robert explained. He intended to say that from a user interface or experience perspective, integrating smart contracts onto processes has to become far more frictionless than it is today.

“Developers have to come into the space with this mindset that they need to focus on building tools, designing tools that make things easy for the consumer if we want full adoption,” Robert said.

He explained that smart contract implementations by ordinary, everyday users have to be as easy as setting up a vehicle sale. Users need to generate a smart contract painlessly on the blockchain and quickly and easily sell a car.

“For me, community and education are huge,” said Robert. “I mean, the words alone, right? How could you ever provide a positive developer experience without adequate educational material and a welcoming and supportive community?

Thanks to technology, the Internet, and decades of innovation, there are a lot of developer tools available now to welcome new community members and developers. However, too many tools also represent a drawback, explained Robert.

“The abundance of developer tools can frequently lead to community fragmentation and or turf wars over which platforms are best given for whatever task you want or need to accomplish,” he pointed out. “You need to understand your developers and their preferences, just like you would a market for a product.”

To this point, he said, “there’s no need to kick the beehive when you’re trying to propose Slack or Discord over IRC or Internet Relay Chat to a group of colonel developers. They’ve been around for decades using IRC.”

So, for Robert Wolff, it’s all about “establishing a full circle of platforms that allow your developers to transition between assets to get what they need seemingly. From official code repositories on GitHub to official announcements on Twitter, catalog, technical support on a community forum, live chats, and live streams on YouTube, static, content, blogs, and everything in between,” he added.

“Developers need to feel the community is there for them. And, of course, the people who manage the community need to be consistently nurturing it to make sure that it can grow by providing the developers with what they need,” he said.

‘Everything on Web3 is better’

Simone Romano sent out a message to all developers who have yet to experiment on Web3. He challenged them to venture over from Web2 and into Web3 to see for themselves where all the excitement lies.

“From my point of view, developing Web3 applications is really exciting because blockchain provides greater quality to all products that you build in it, regardless of them being hardware or software,” said Ramone. “Even with only a few lines of code, everything built in Web3 is exceptionally better over all things created in Web2.”

He provided greater context. “Web3 applications are better because they are censorship resistant by default. This censorship resistance extends to the content of the application, as well as to payments. They are unstoppable due to the decentralized nature of Web3, which gives intrinsic reliability to any product,” he added.

“Even your simple reminder application cannot be taken down from Web3 by anybody. The blockchain part of your application is permanently available for everybody to interact with,” Ramone said. “There are, of course, some limitations. They are user experience issues due to the early stages of this technology.”

On that note, Simone called on developers worldwide to join the IoTeX platform and Web3, in general, and help improve the status quo of the user experience with better interfaces and tools.

“Open source and blockchain are a perfect match,” Romano also said. “On Web3, token holders, the users, not corporations, can decide which projects receive funding. Users can influence projects’ priorities, which features should be integrated, and so many more benefits.”

Potential use MachineFi use cases

Protofire Co-Founder Renat Khasanshyn said he sees the potential for many new use cases on IoTeX in 2022. Many of those new cases are possible by developers using about 5% of what has already been developed within the EVM-compatible world.

Some of the most apparent use cases already are rentals, said Renat. “For example, those Swan-shaped boats.” These pedal boat rentals exist on lakes of all sizes worldwide.

“These white Swan pedal boats could be run similarly as scooters, mopeds, and bikes as they can be connected to the internet via Web3 and run like small franchises,” he said. “These are just a few examples of economic models that developers could build on the IoTeX platform that have the potential to empower a lot of people globally.”

He also spoke of a new project Protofire is building on IoTeX, which aims to empower entrepreneurs with decentralized finance (DeFi) products and services. “The aim is to provide MachineFi entrepreneurs with access to collateralized non-equity loans to grow their businesses.”

Pang agreed with Khasanshyn and said that is the whole point behind IoTeX’s MachineFi roadmap.

“Machines are the rawest form of productive assets today, and that’s really what crypto is all about … making sure assets belong to users and businesses and not these oligopolies of tech corporations.”

Paving the way to the future

Web3 startups and developers are paving the way to a future where people and machines can interact with data, value, and other businesses or individuals without the need for third-party involvement.

Web3 has the makings of a more equitable internet by allowing individuals to own their data, control their machines and the value they generate over Big Tech. It offers users true sovereignty, which means individuals control their time and information and decide who profits from both. 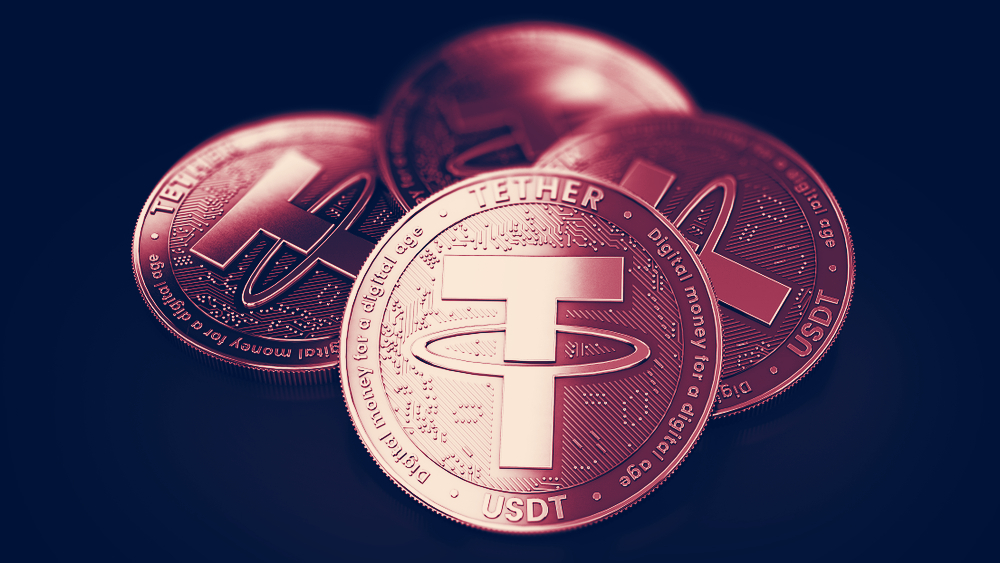 AAVE has big plans, developments for 2022; Enough for new ATH?