Why Bitcoin Is Having Such a Brutal Week 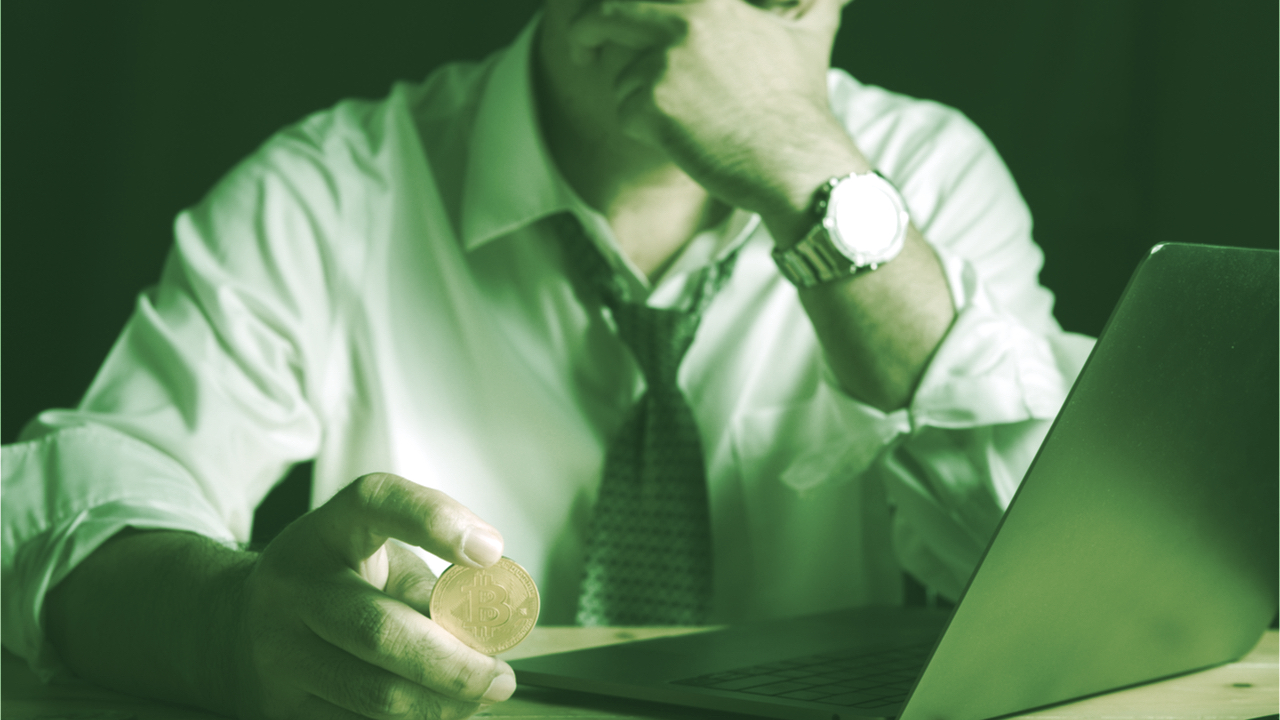 In the days leading up to December 25, Bitcoin price prophets got an early Christmas present: BTC prices spiked back above $50,000 after languishing in the $40,000s. On December 27, the price kissed $52,000 under the mistletoe—its highest rate since the beginning of that month.

But the remaining 12 days of Christmas were nothing but rock-hard fruitcake. It's been a brutal 2022 for Bitcoin thus far. A price decline of 11% in the last week, and 17.5% over the last two weeks, has left Bitcoin below $42,000 for the first time since September.

What or whom is to blame for a market dip that has also resulted in double-digit percentage losses for Ethereum, Solana, Terra, and other major assets?

Is it Kazakhstan, which absorbed 18% of the Bitcoin hashrate after China cracked down on crypto mining only for the country to lose internet service (and a prime minister) this week? Is it the Federal Reserve, which is preparing for interest rate increases that should slow the economy's growth? Could we maybe just blame it on Elizabeth Holmes and be done with it?

Midway through this week, Arcane Research noted that things were already looking sour. "Bitcoin trading activity has been unusually muted since Christmas with low spot volumes and volatility," it wrote in its weekly report released on January 4. "The low volatility has manifested itself as a slow and steady decrease in the bitcoin price."

Our first Video Report is live for 2022!We provide an assessment of #Bitcoin onchain activity, and recent supply dynamics.The analysis also covers $BTC movements from Liquid into Illiquid wallets, and the cost basis of Long- and Short-Term Holders.https://t.co/JlxMV8qZVu— glassnode (@glassnode) January 4, 2022

Not satisfied with the ho-ho-hum market, speculators began turning back to leveraged trades, in which people borrow money to make a bet on future price. In this case, people were mostly long on Bitcoin, meaning they expected the price to rise.

That hasn't been working great for everyone. Daily liquidations reached $250 million across the major derivatives exchanges on January 5, according to Coinglass (formerly Bybt), their highest level in just over a month. A liquidation means the exchange closes the trader's position and takes their collateral—in this case, Bitcoin—because the price has moved in the wrong direction and they no longer have enough assets to keep the contract open.

Liquidations can cause prices to spiral downward as people sell off their positions. That coincided neatly with the release of meeting minutes showing that interest rate hikes are likely coming in March. Those minutes "read hawkish," XBTO Head of Trading Paul Eisma told Decrypt, meaning the Fed intends to curb inflation by making it more expensive to borrow money. The minutes prompted selloffs in "risk markets," including equities, bonds, and crypto, as belts tightened. "New money tends to be put to work in the new year in all asset classes, though investors will be cautious and measured in their levels and timing given these current economic headwinds," he said.

Not all is doom and gloom, however. Glassnode, in a report released this week, said it expects price action to remain "sideways" for a while. But behind the scenes, things are happening.

"Whilst the onchain activity [in the report] points to a fairly anaemic demand from retail and market tourists, coin dormancy remains impressive, and signs of smarter, more patient money accumulating remain in tact [sic]," it wrote, adding that over three-quarters of coins are in "illiquid" wallets. To translate, most holders are staying put, accumulating BTC and waiting out a potential bear market. By doing so, they're gradually constricting supply, which boosts demand and, in turn, prices. 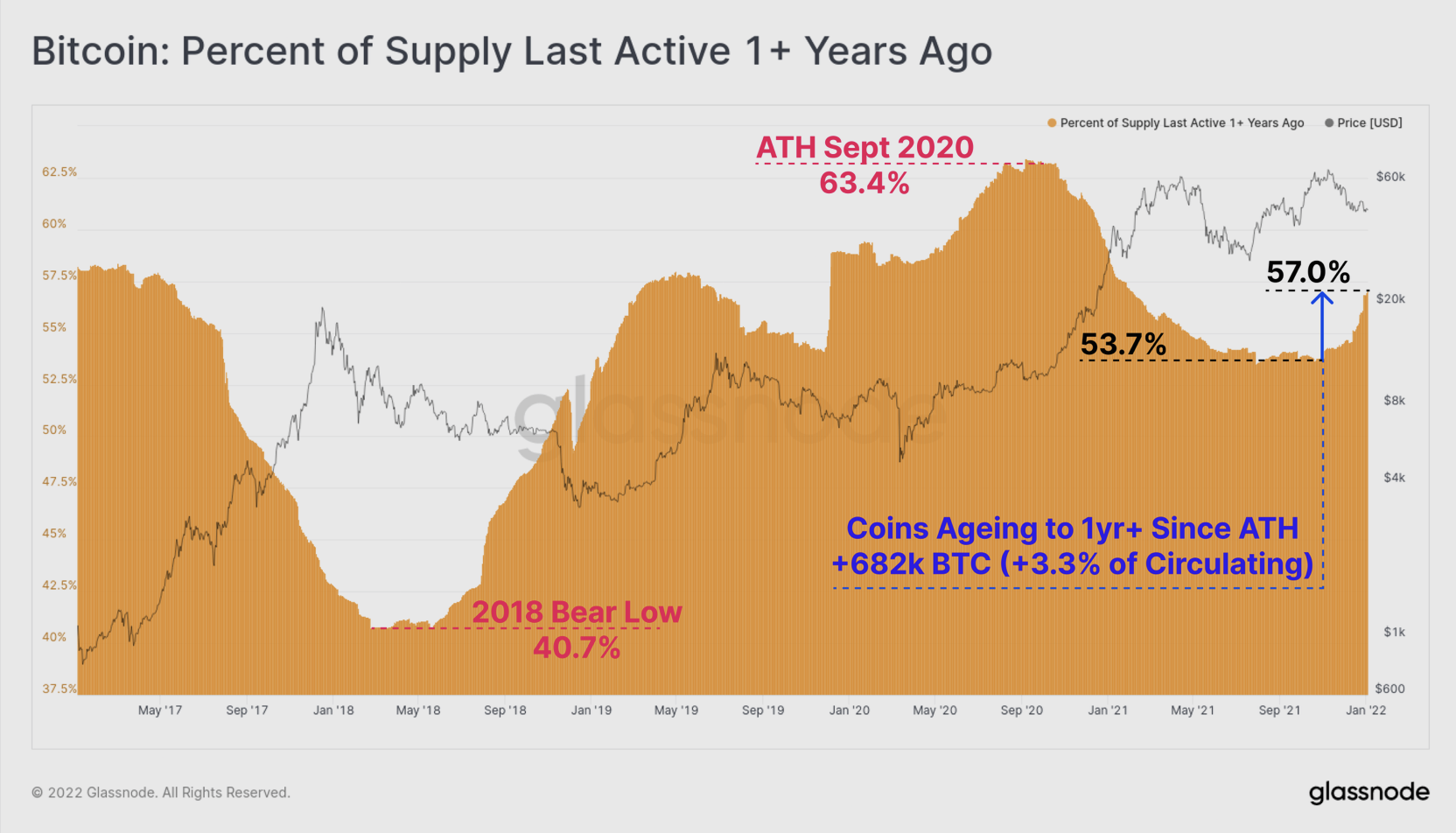 As for why trading volume is low in the first place, best to consult Kazakhstan, the Fed and (maybe) Elizabeth Holmes.