Bitcoin Crash To Pull Down The Price Below $38k! Is There Hope For BTC On the Road Ahead?

Bitcoin price fainted to the lowest since its September flash crash. The flagship asset has taken the southbound road followed by record-breaking liquidations on Wednesday. The crypto fraternity didn’t envision the BTC falling under the $45k as they observed resilience around the same area. Consequently, the questions are raising, could this be BTC’s fall from grace or just another opportunity to buy the dip?

Panic Selling Would Plummet The BTC Price Below $38k!

After a prolonged tug war between bulls versus bears, finally, bears predominated the space by outstripping bulls. A crypto analytics platform Coinglass has reported a historic sell-off of more than $337 million over the past 24 hours.

Almost equivalent liquidations have taken place during the September crash. Whilst the flagship asset was trading near $46k after the crash in October, 13% of the addresses which were bought the asset at higher prices experienced a loss. However, the massive crash on January 5th appears to have ached traders severely as 28% of the addresses are in acute loss. 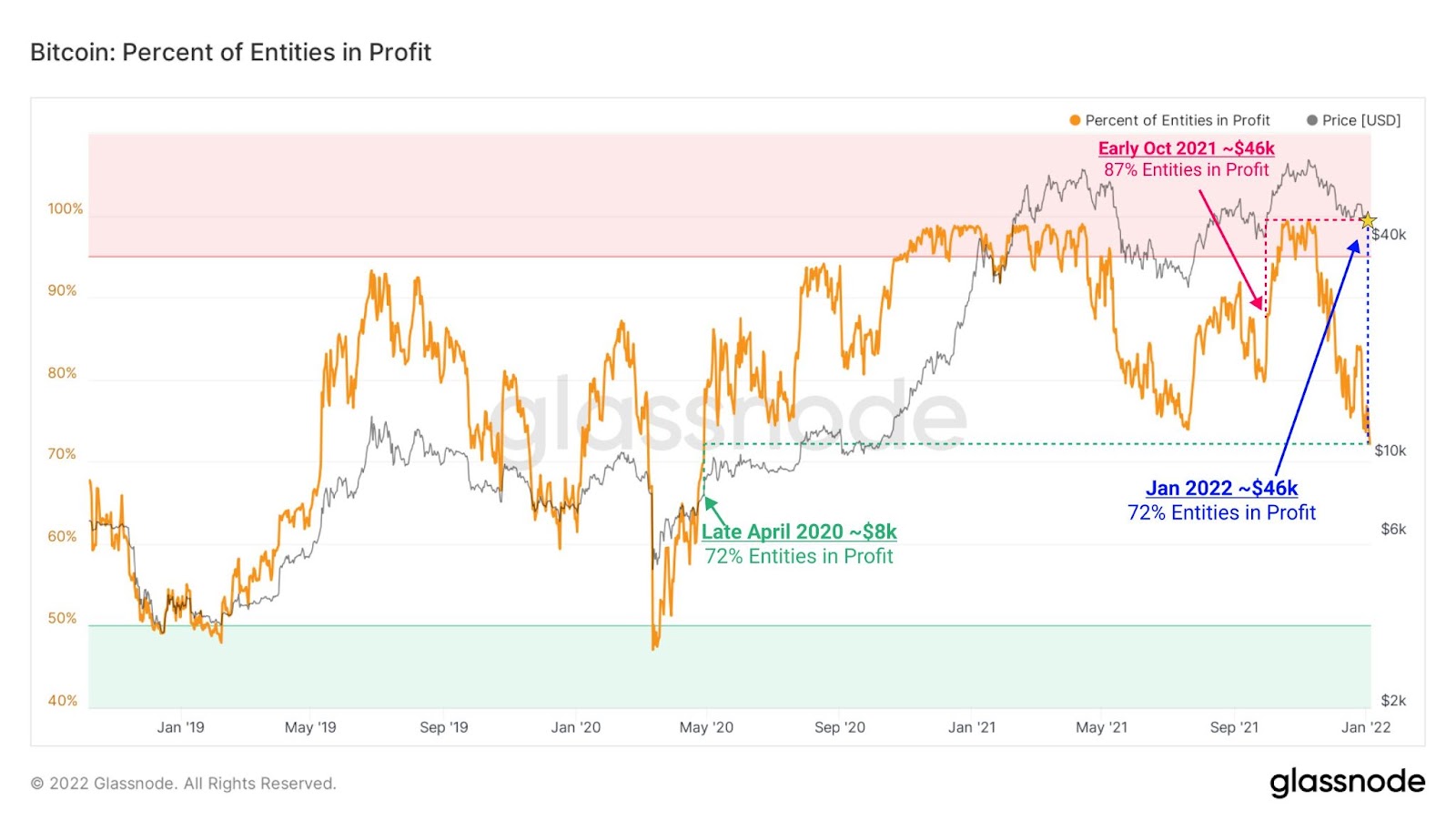 If these traders fall prey to panic selling then the asset would experience a steep fall plummeting to the historic bottoms below $38k. On the other hand, on-chain metric platform Cryptoquant has observed a drastic drop in traders’ confidence toward the asset. It has noted the following analytics.

Collectively, Bitcoin price still needs to cross the rocky road as bears may still pull down the price underneath $38k. In addition, as the asset is close for death cross, an upward rally might commence lately. Once bulls start accumulating the crucial bottom, we can expect a heavy boost to the price action. Hence, there is a hope of strong upward movement once the most dominant asset ceases up from the bearish trap.