Bitcoin price is becoming more and more stagnant as its swings within the very narrow range from more than a month. However, many expect a strong upward trend reversal may soon knock on the doors. But the technicals suggest no room for any upside movement in the near future. However, the BTC price is still pretty much bullish in the long-term and is capable of reaching its ATH probably by the end of Q1 2022.

The StochRSI in the short-term and long-term is neutral and hence no significant price change may be expected. However, the MACD points towards a buy signal in both cases, indicating a good time to buy and HODL Bitcoin.

Bitcoin price in a larger time frame appears to be pretty bullish. No doubt in the smaller time frame, the asset could undergo numerous ups and downs, yet it is much required for a healthy rally. And hence in the upcoming days, BTC price could initiate with a recovery that may range high to hit the resistance levels very soon. 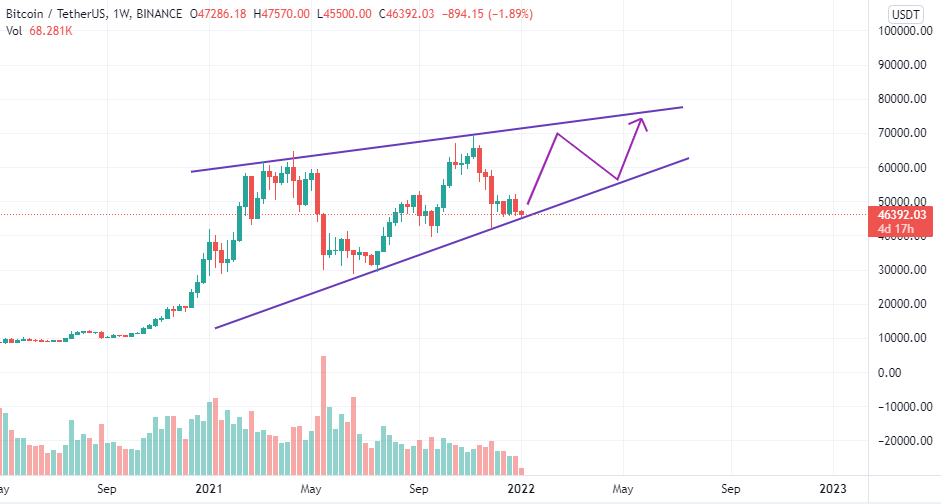 Overall, the BTC price may be pretty bearish but with small price movements, the asset may flip the bearish divergence. And hence in the short-term, Bitcoin may fluctuate within the consolidation, yet in the long-term BTC price is thriving.