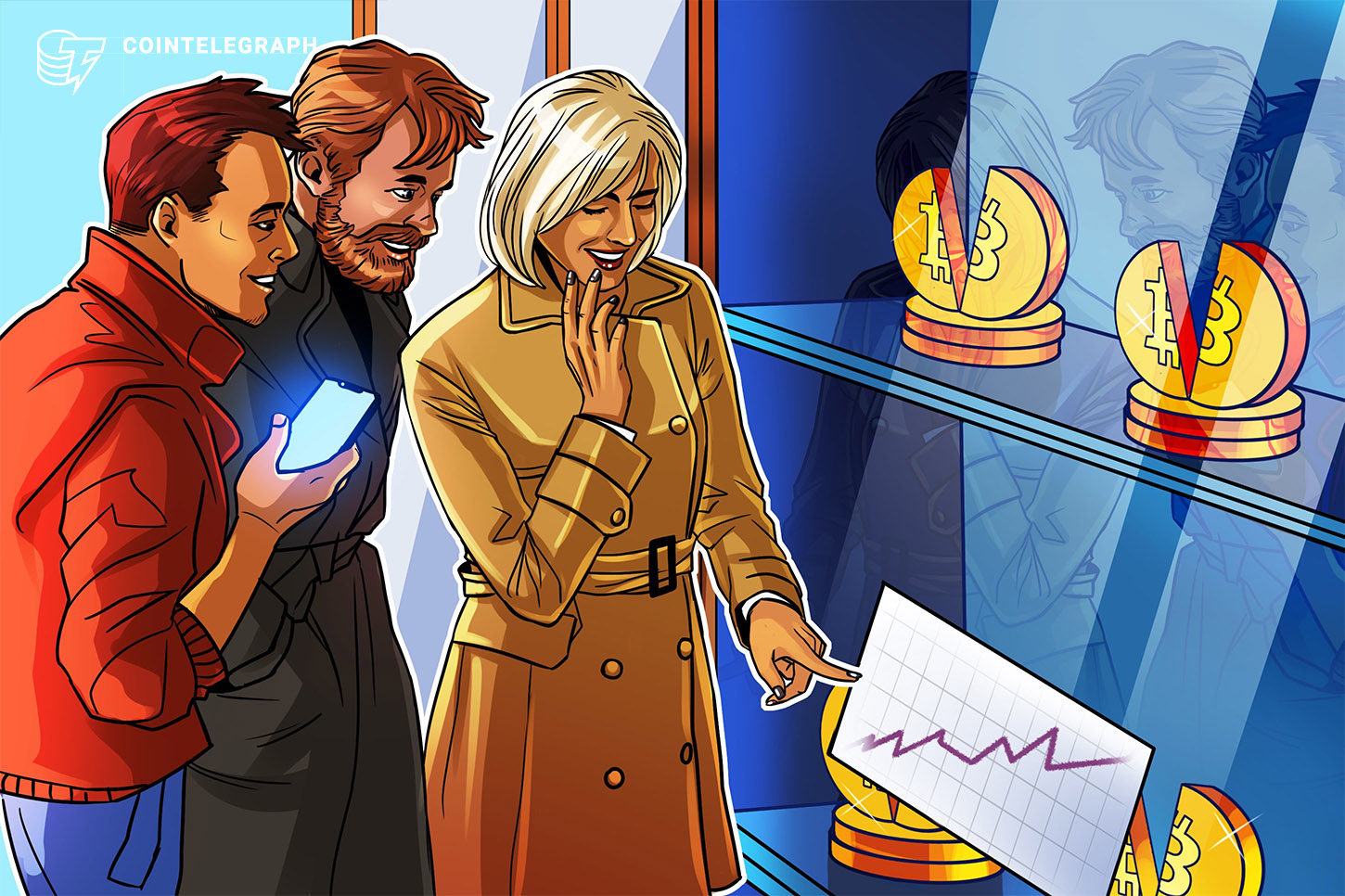 In the last couple of years, the stock-to-flow model proposed by PlanB has become very famous. A quantitative study published on the site planbtc.com shows the model and the prediction that Bitcoin (BTC) could reach the capitalization of $100 trillion. Obviously, the crypto industry, including myself, was fascinated by the logic of the model and even more so by the idea that it could reach and exceed $100,000 as early as 2021.

In fact, the stock-to-flow model assumes that there is a relationship between the amount of a precious metal that is mined each year (flow) and the amount already mined previously (stock).

For example, the gold that is mined each year is just under 2% of the gold in circulation (held by central banks and individuals). It takes over 50 years — at today’s rate of extraction — to double the stock in circulation, effectively making gold a scarce commodity.

PlanB hypothesizes that Bitcoin, considered by many to be digital gold, may follow this relationship between the quantity in circulation and quantity mined in the year, and proposes a Cartesian plane (with logarithmic axis in both the X and Y axes) where Bitcoin’s growth over time follows a growth describable by a regression line (with power-law formula). 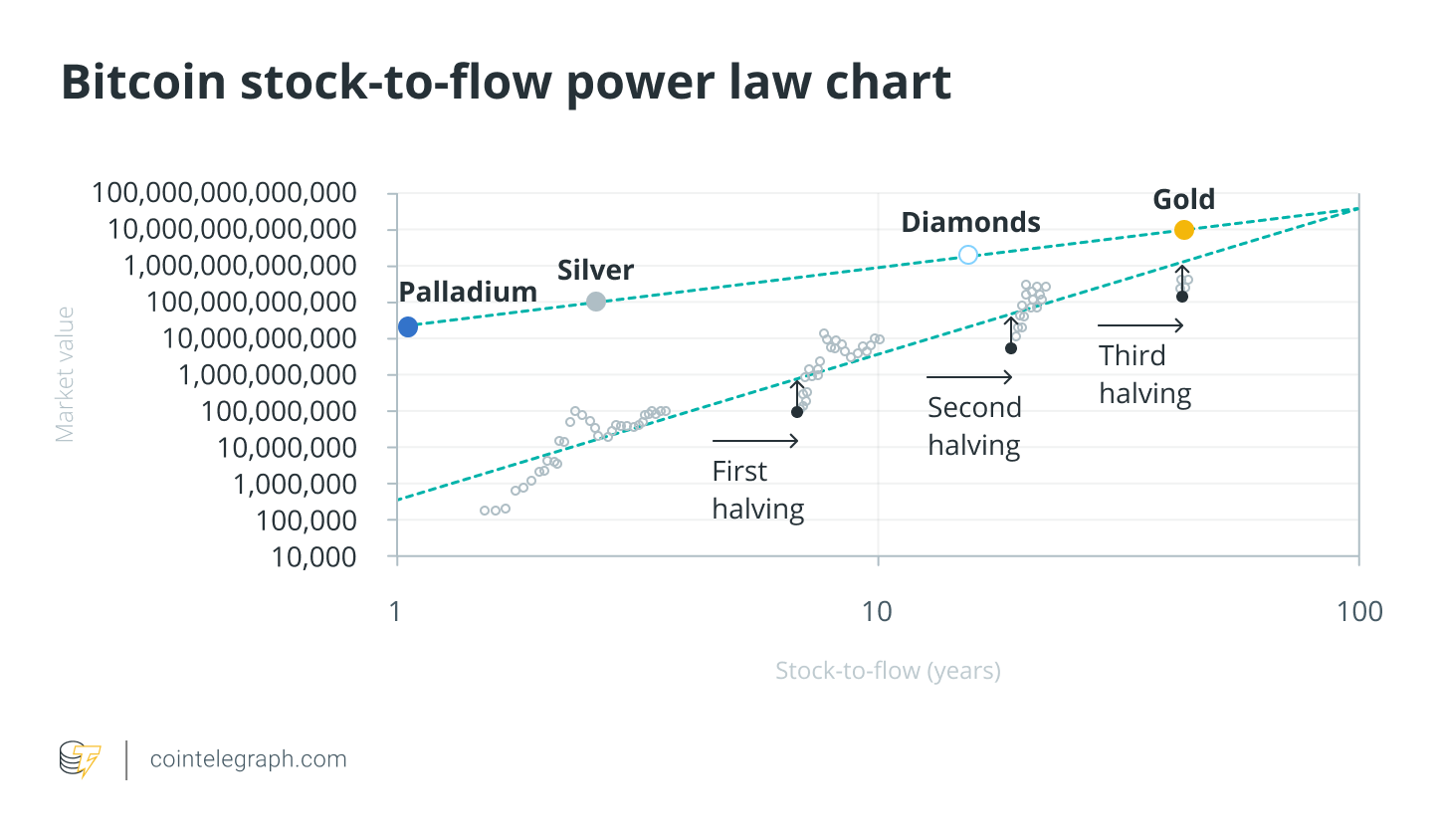 The bounces found every four years or so are due to halving, or halving the expected remuneration for each mined block. The protocol of Bitcoin provides that every 210,000 blocks there is a halving of the number of Bitcoin assigned to each block to the miner who wins the cryptographic test.

Probably, Satoshi Nakamoto, when he thought of the halving phenomenon, had done so to assume a doubling of the price every four years. Meanwhile, PlanB has shown that in the first 10 years of history, Bitcoin has moved around an exponential function which means that with each halving, the price increases tenfold instead of doubling.

The first reason is the following: Can we really assume that Bitcoin will reach $1 billion in value around 2039? 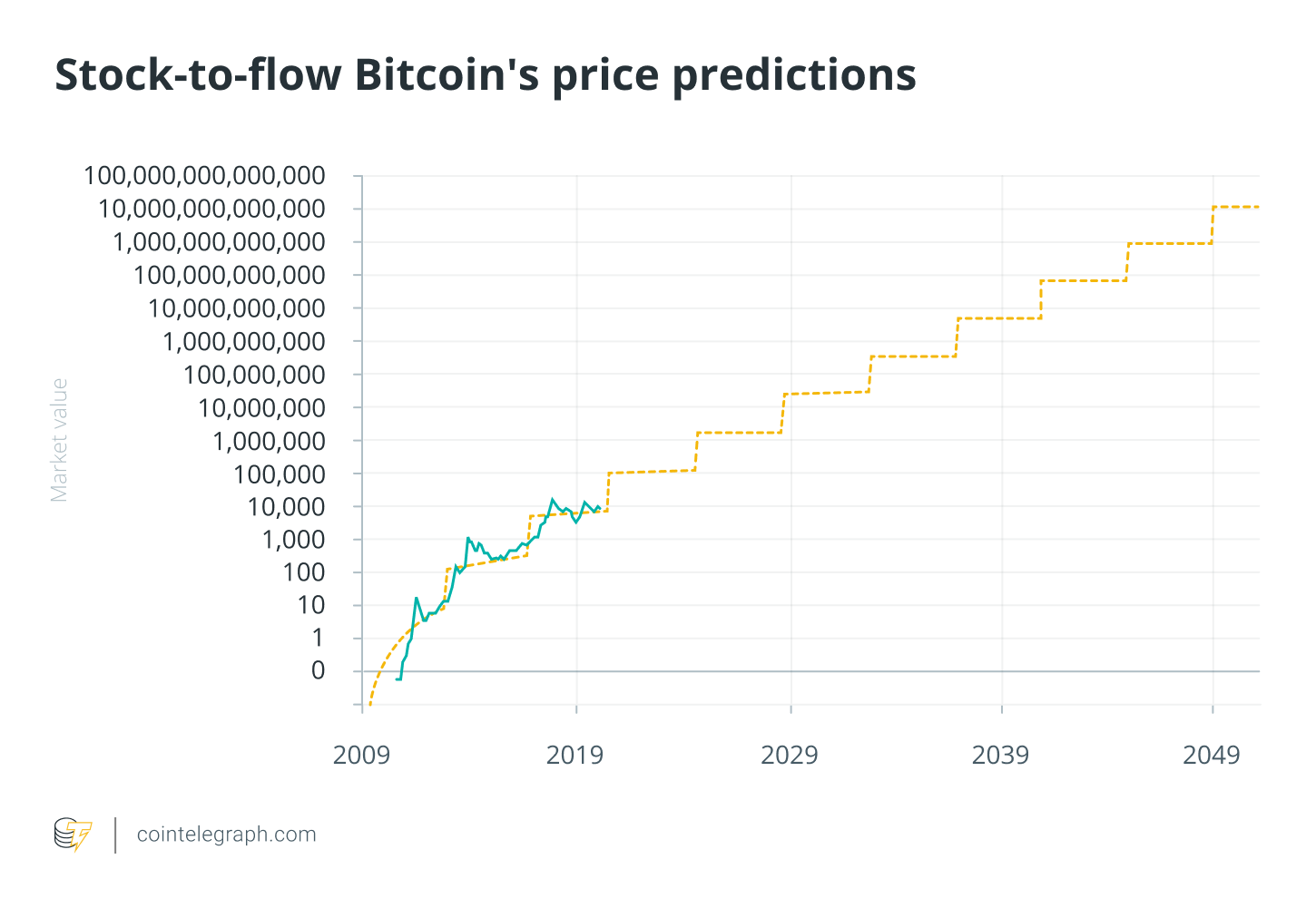 One billion per Bitcoin would mean that the capitalization would reach about $20,000 trillion, “only” 130 times the current value of the stock markets. Not to mention that in the following years, the value, according to this model, would be destined to increase tenfold.

Obviously, this is inconceivable, even and especially for the next two points.

The second reason is that the model does not keep into consideration the demand but only scarcity, and Bitcoin is now no longer the only crypto asset in circulation. Its dominance is waning due to the many emerging projects that inevitably grab attention (and investment) away from digital gold.

In fact, it is precisely the failure to consider the effect arising from demand that makes the stock to flow model incomplete; a scarce asset has value if people want to buy it. A painting by an unknown artist, even if beautiful and even if belonging to a collection of a few paintings, is worth nothing if there is no interest arising from someone who wants to own it.

I discussed this in my article a few months ago when I proposed a model of Bitcoin prediction based on demand instead of scarcity. According to this model, for Bitcoin to get to be worth a billion, it would take about four trillion wallets in circulation — quite inconceivable as a scenario.

The third reason comes from the stock-to-flow construction itself.

If instead of doing the regression from the beginning to today, we assumed we had done it at the end of each period before the halving, the regression would have always been different.

If we had calculated the stock to flow at the end of the first halving, the predictions would have been to reach the capitalization of diamonds worldwide as early as September 2016. However, at the end of the second halving in August 2016, the regression line indicated that Bitcoin’s capitalization would reach that of gold’s in 2021 while we are still one-tenth of the way there.

So, the path of Bitcoin in the Cartesian plane with a double logarithmic axis, proposed by PlanB, most likely cannot be considered a straight line but a curve (with a mathematical description yet to be studied) that tends to flatten over time, effectively invalidating the overly optimistic prediction of the stock-to-flow model proposed by PlanB.