Bitcoin Price To Fall Below $44k in The Next 36 Hours! Bull Market Will Probably Start From March!

Bitcoin price action has been strange after it has managed to claim new ATH around $68,789 in November. It is literally behaving like chalk and cheese to its previous price action. The asset is now 15% away from its ATH, yet the current lay of the land further signifies a mighty correction in the next 36 hours.

The basis for the above facts are the generation of consecutive higher lows, weakened retail interest, potential options expiry ahead, and panic selling by newbies. Wherefore, this would further delay the Bitcoin bull market for at least one or two months.

Unusually, the flagship asset has experienced multiple rejections at $50k. Newbies who have bought the asset at a higher price are panic selling with the strange behavior of BTC price action. A crypto metric platform Glassnode uncovered interesting analytics. It could be observed from the chart that younger coins are spent back to exchanges at a brisk pace. 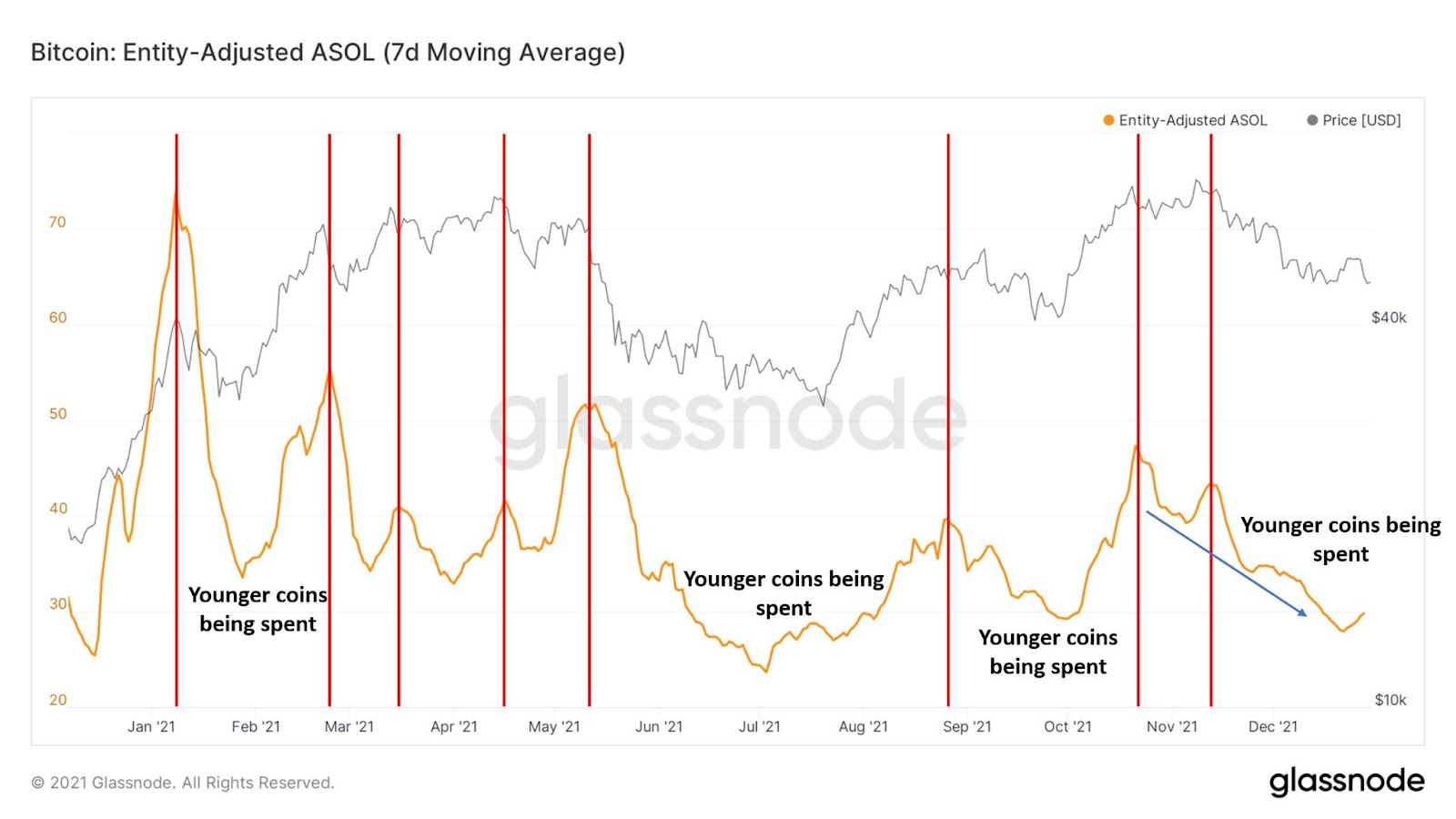 Usually, whenever Bitcoin remains choppy after the exhaustive run, traders who buy shares at higher prices impatiently go for panic selling. The same thing appears to be reciting now, as there has been a gradual rise in the change of younger coins to exchanges.

However, the smart money will always be spent at higher price levels. Whilst the asset is heading to new bottoms, smart traders who have spent their share at tops, are said to be occupied in buying the dip. 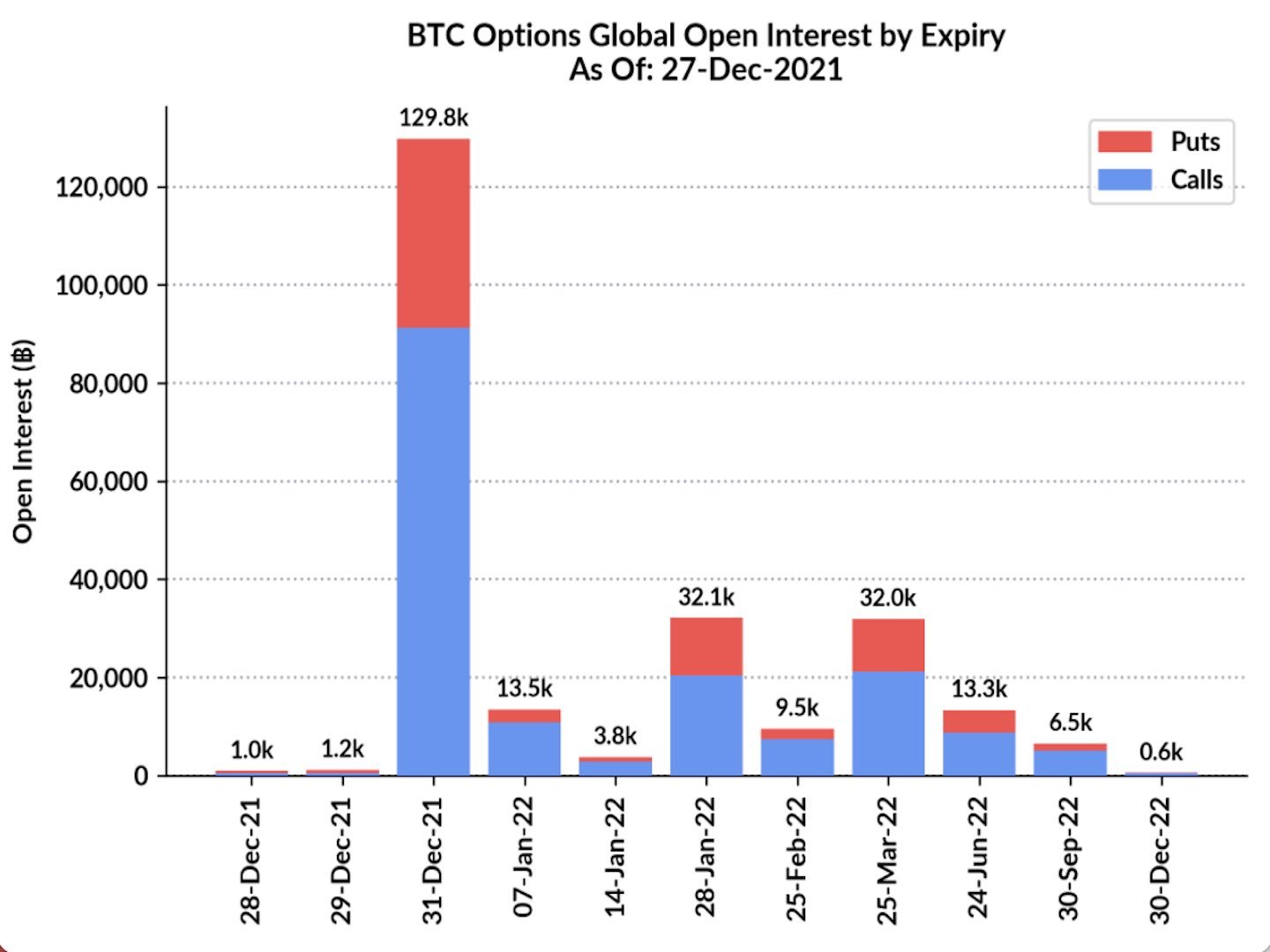 Probable Bitcoin options expiry on Friday has become another cause of worry amongst traders. There are a total of 129,800 options contracts worth over $6 billion that are programmed to expire on the 31st of December. Hence, the most dominant asset would experience a further drop in the next 36 hours. However, bears would predominate on the overall market for the next couple of days which might drive the BTC price below $44k.

Collectively, the Bitcoin market would take a considerable amount of time to recover. Proponents and netizens opine that the bull market would be further delayed until March as the current trend is quite dissimilar from historical patterns. Meanwhile, IntotheBlock confirms a bearish divergence in cash-flow, net-network growth, and large transactions. As a whole, traders are urged to trade cautiously as there potential threats of a Bitcoin price crash in the next 36 hours.