Despite the Bears Unfurled, the Space, Yet Sushiswap(SUSHI) Price Maintained Upward Trajectory! Sushiswap appeared as one of the greatest surprises within the crypto space as it began trading on all major platforms being valued at more than $15. Despite the pullback, the asset did not remain under $1. As the 2021 bull run quickly gained momentum which uplifted the price to as high as above $23 by mid-March. Despite a slight pullback, the asset range was high to regain lost positions above $22 yet again but could not smash the current ATH.

However, the SUSHI price dropped drastically below $10 and quickly regained the lost bullish momentum and propelled high. The most recent December crash dragged the price below $5, yet the asset managed the trembled situation well and quickly flipped and initiated its attempt to regain its lost position ranging above $6. Currently, the asset despite appearing to be painted in green yet could fall prey to the bears very soon.

What Lies Ahead For SUSHI? 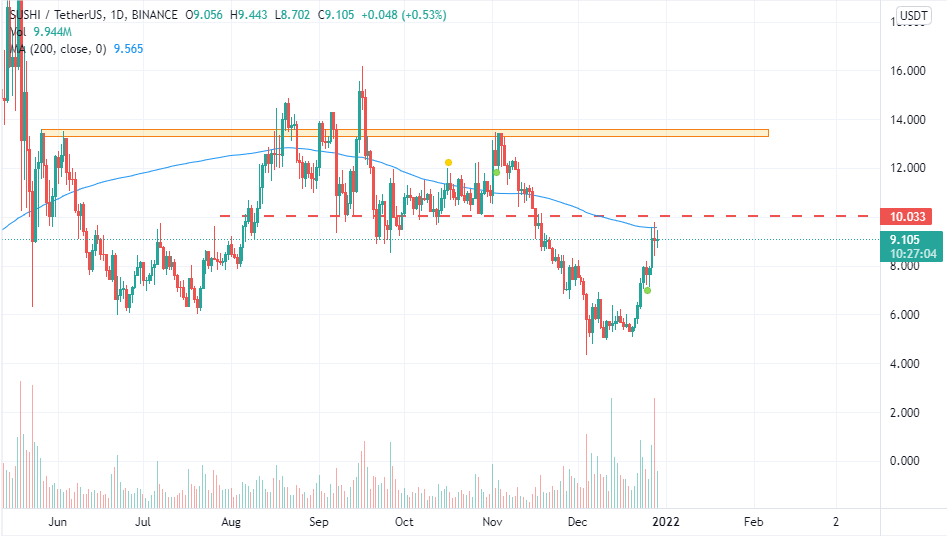 Currently, the SUSHI price has failed to test the crucial 200-MA levels at $9.623 and dropped down towards $9.092 levels. The asset flipped the bearish trend during the previous working day, after a very tough fight among the buyers and sellers. However, currently despite a notable buying volume mounting on the platform yet the candle still remains ‘Doji’. And hence indicating a trend reversal at any time from now.

The asset needs to surpass a minimum of $10 across the 200-day MA in order to certify with the uptrend. Further, if the SUSHI price achieves the $14 resistance target, a notable bull run may be set in place. However, the yearly trade of 2021 could be pretty bearish but sentiments may be extremely bullish. And in such a case, one can expect a kick-starter beginning of 2022. 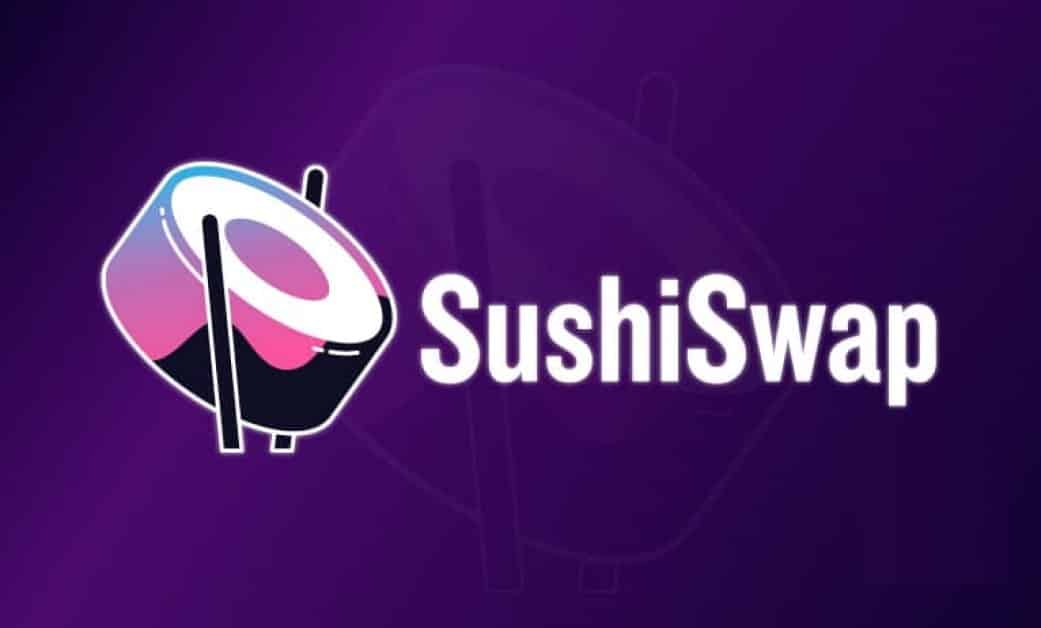