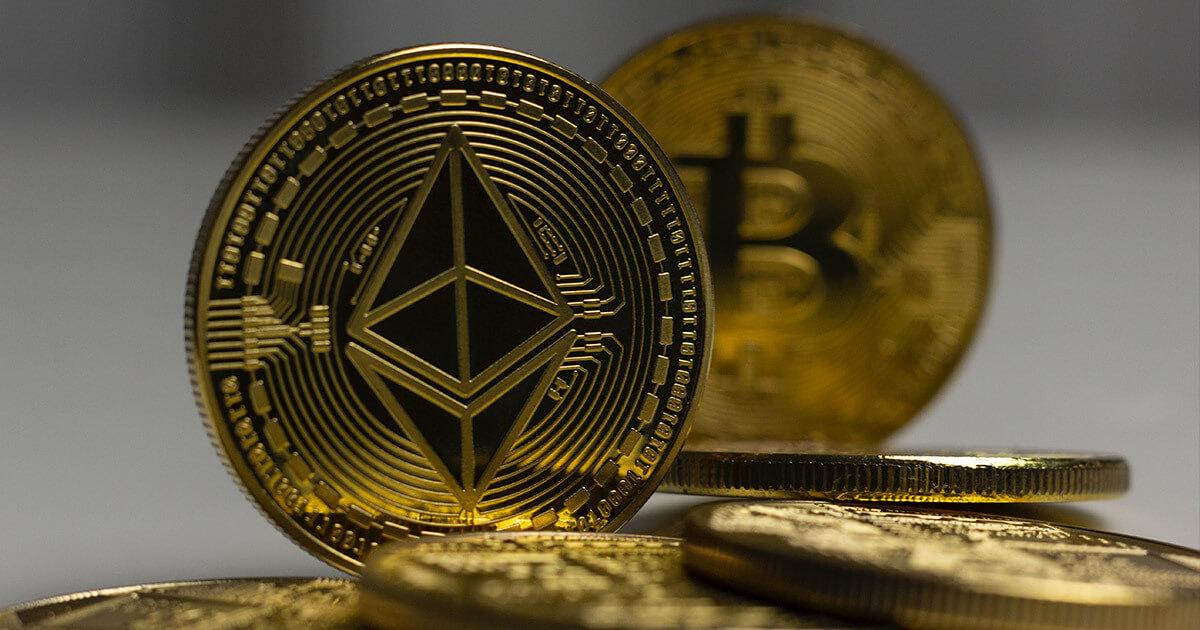 Bitcoin (BTC), the leading cryptocurrency by market cap, broke its previous all-time-high market value in 2021, reaching just over $69 000 on the 10th of November, appreciating 71.8 percent year-on-year. Counting from the local low at just under $30 000 on the 21st of July, bitcoin gained 56.6 percent. If bitcoin stays at this level until the end of the year, 2021 will turn out to be the fourth worst year for bitcoin since 2011.

Though a somewhat mediocre year for bitcoin, Ethereum (ETH), the second cryptocurrency by market cap, skyrocketed in 2021 appreciating 456 percent over the year. Ethereum saw a steady growth all through the year reaching the first peak at $4182 on the 12th of May, and a second all-time-high peak at $4878 on the 10th of November. This makes 2021 the second-best year in Ethereum’s five-year history.

Both leading cryptocurrencies outperformed both the stock market and gold in 2021. During the same period, Nasdaq and S&P 500 indices had positive yearly returns of 26.54 percent and 25.82 percent respectively.

Interestingly enough, as bitcoin proponents often characterize the currency as digital gold, bitcoin vastly outperformed the market performance of the physical yellow metal in 2021, which had a negative return on investment of 5.26 percent as of the time of writing.

The market performance of gold has seen a slow decline since mid-2020, from just above $2070 per oz in mid-July 2020 to $1812 per oz, down 12.5 percent since the peak. Going further back, gold performed well during the past five years, up 59.7 percent. In a ten-year time frame, the market value of gold appreciated 12.5 percent. Bitcoin, Ethereum face largest correction since 19 May; is it time to buy the dip