Can Cryptocurrency Disrupt The Dollar? On Christmas day, Elon Musk made a seemingly harmless tweet about his dog, Floki, wearing a Santa Claus costume. The CEO of Tesla and SpaceX generates social media buzz with nearly every tweet he makes. This tweet in particular caused some select individuals to make a lot of money. Santa Floki (HOHOHO) is one of the thousands of dog based meme tokens that float around the cryptocurrency community. The meme token has seen gains of over 5000% in a couple days, all because of an Elon Musk tweet. Musk was not referring to the Santa Floki token, but was literally making a Twitter post about his dog for Christmas. The marketing team for Santa Floki hopped on this post, claiming that Musk made it about their token.

In the past, I have expressed my disdain for meme tokens. There is no real use case, or if there is one, there are five other tokens that do it better. Tokens like this give cryptocurrency a bad rap, and add ammo for politicians in their anti-crypto stance.

During an interview with Fox Business, former President, Donald Trump, made some interesting claims about cryptocurrency. He bluntly stated, “I never loved it because I like to have the dollar,” in reference to cryptocurrency in general. Trump goes on to talk about how cryptocurrency could disrupt the dollar, and states that the only currency he supports is the dollar. Later in the interview, he promotes his wife’s new set of NFTs.

This goes to show that pushback against cryptocurrency isn’t an issue of red or blue, rather it is an issue of old establishment vs new money. Some that invest in cryptocurrency see it as merely a means to build wealth, and do not use the blockchain technology behind their investment. However, many in the community view technology like Web 3.0 and DeFi as the future of commerce, the internet, and communication.

The fact that the dollar can be disrupted simply by new technology on the internet may be a good sign that something in the economy does need a change. People like cryptocurrency because it isn’t made directly by a government, and has more decentralized, user controlled elements, unlike the dollar which is printed and controlled by the government. It is only natural this would scare politicians, as the majority of their life has been spent building a platform around the dollar.

New technologies that have been around for less than two decades have changed the world for millions and sometimes billions of people. Facebook, Google, Uber, YouTube, all of these have affected countless lives in an important way. Cryptocurrency and blockchain technology is the next step in that same direction.

JPMorgan Chase & Co. CEO Jamie Dimon has repeatedly spoken out against cryptocurrency, claiming it has no intrinsic value. The issue with all these old money investors and politicians is they have no vision for the digital future. They are still living very much in an outdated reality. In the past 20 years, everything has become increasingly digitized. With adoption of cryptocurrency increasing globally, it is flat out wrong to say that it has no intrinsic value.

Meme token pumps, including Santa Floki this week, give some amount of validation to arguments like that of Dimon. Not all crypto has real value, and a large portion of the community is full of token and NFT scams. Unfortunately, there is little that can be done about this besides increased education efforts from the community on social media. However, to argue that cryptocurrency has no intrinsic value is inherently incorrect as continued adoption has shown that it can change peoples lives.

Some billionaires and rich investors have begun embracing cryptocurrency as a valid store of wealth and method for transactions. Mark Cuban or Jack Dorsey are great examples of this. Adoption is an inevitability, and as it continues to grow, lots of these old money investors will begin to change their outlook on crypto. 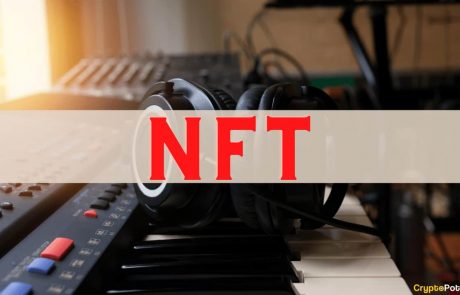