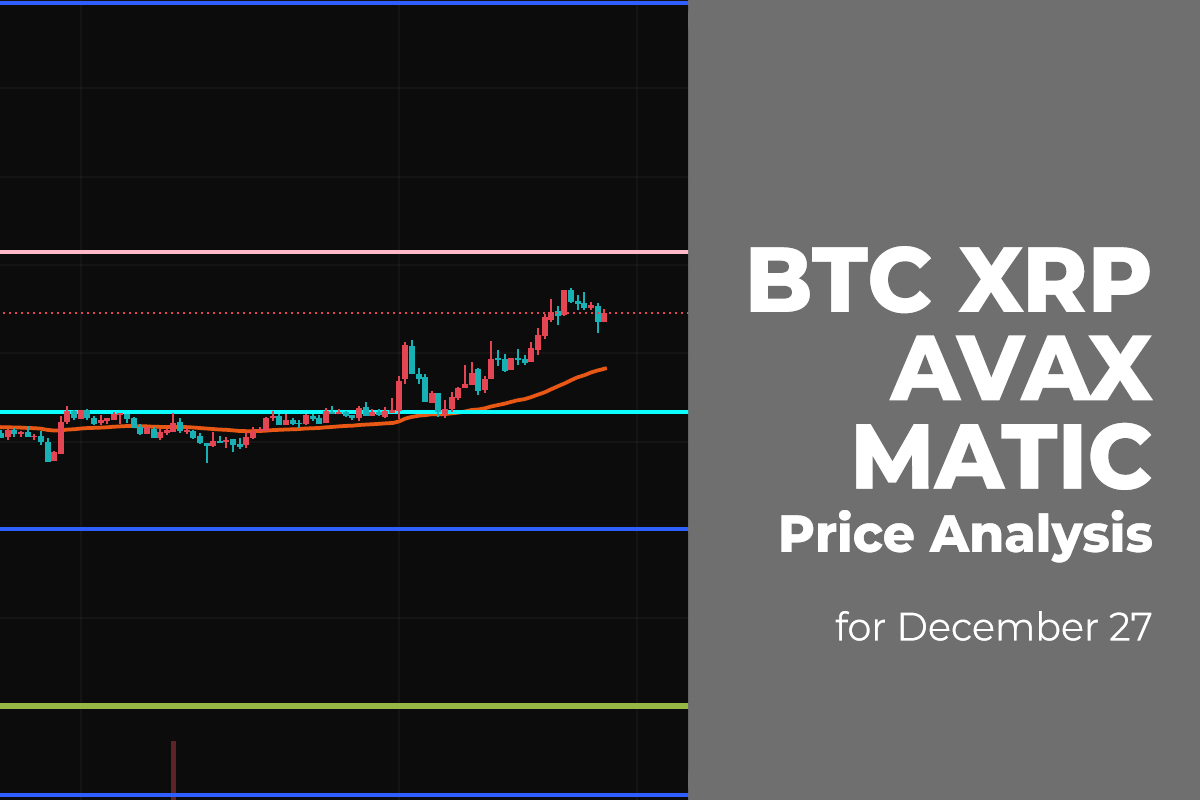 The new wek has begun with the continued growth of the cryptocurrency market as almost all of the coins are in the green zone. XRP and LUNA are the only exceptions to this rule. 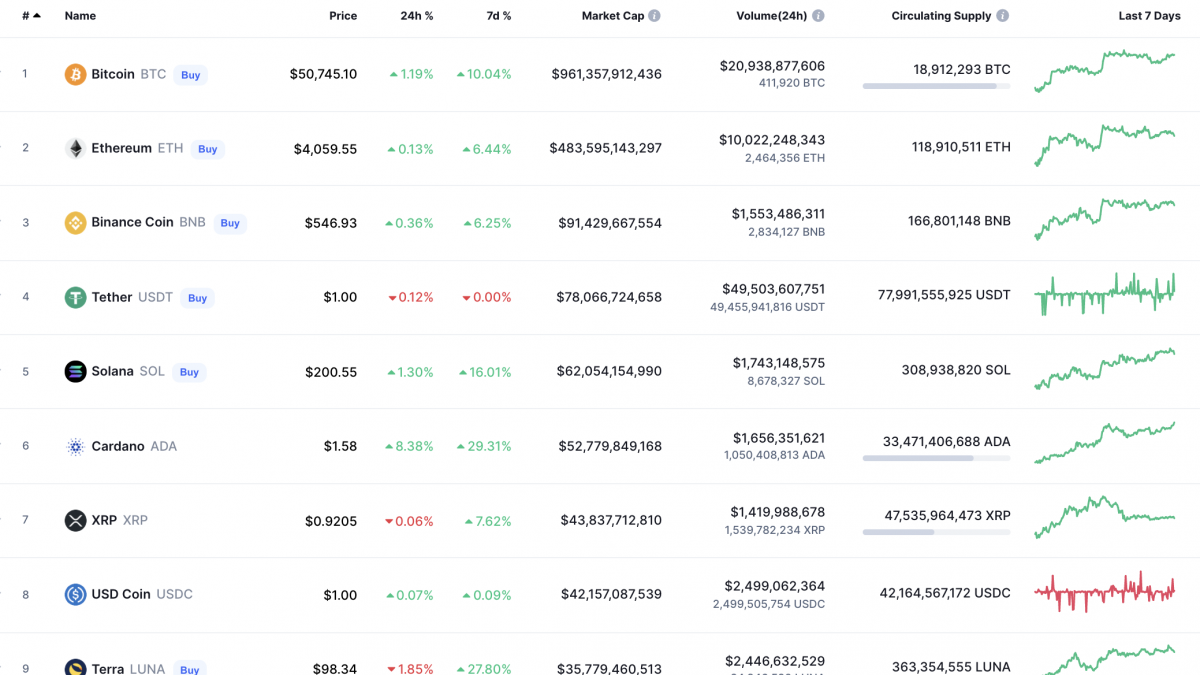 Last Saturday, the Bitcoin (BTC) price held in a narrow sideways range with support at $50,500, and overnight from Saturday to Sunday, the bears pushed through this support and rolled the pair back to the area of ​​average prices. 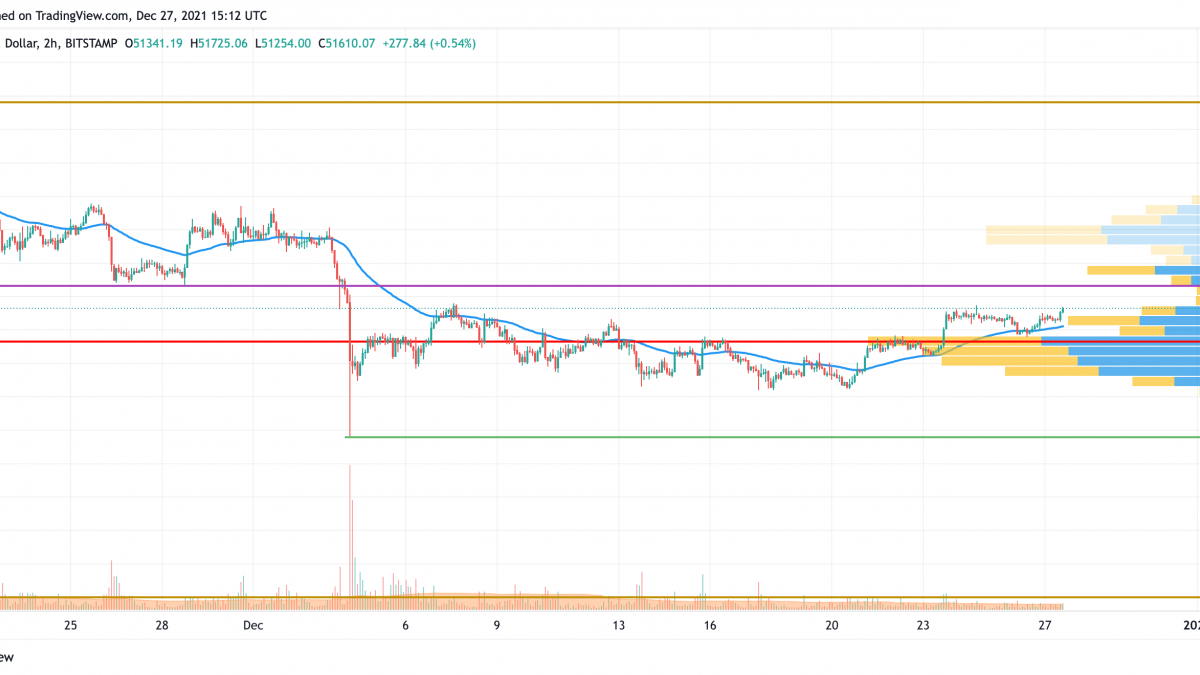 The two-hour EMA55 passed just below the psychological level of $50,000 and stopped the pullback. Late in the evening, taking advantage of the support of this moving average, the pair returned to a narrow sideways range, the lower border of which was at the level of $50,500.

At the end of last week, buyers did not take the chance to break above $52,000. One believes that in the near future they might still try to form a bullish impulse to test the resistance of $53,400.

Over the weekend, the XRP price tried to continue its recovery, but the two-hour EMA55 kept the pair from rising to the orange level of $0.96. 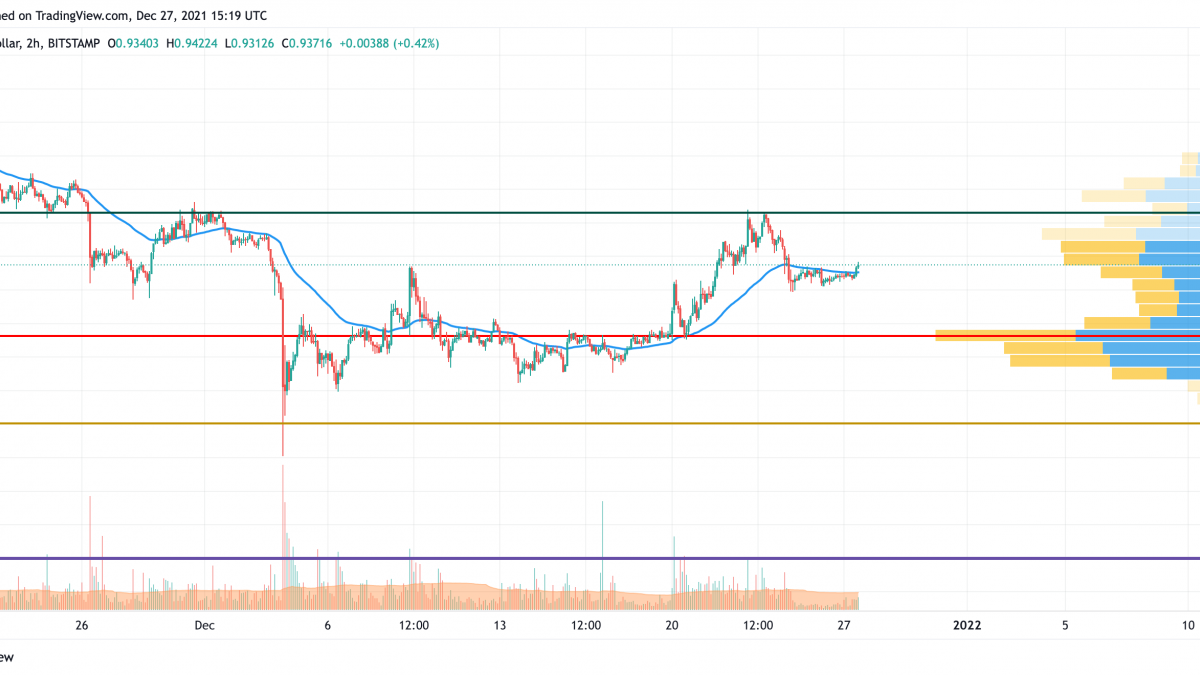 Buyers may try to break through the average price level this morning and test the $0.96 resistance.

However, if the recovery is not supported by large volumes, then the XRP price should be expected to drop below the support of $0.90.

The rate of Avalanche (AVAX) has risen by 4.38% since yesterday. 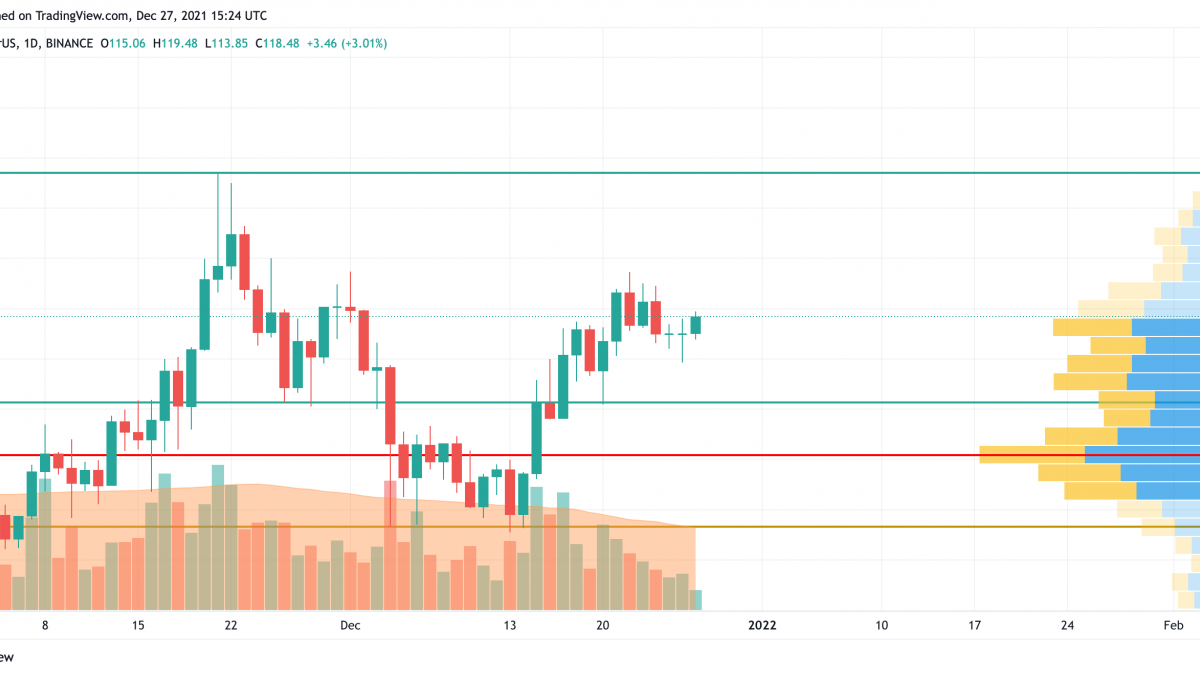 After the false breakout of the support level at $101, bulls keep controlling the situation. At the moment, the coin is located in the sideways trading area in the zone of $120, accumulating power for possible continued growth. In this case, there are high chances to see AVAX trading around its peak at $140 within the next few weeks. 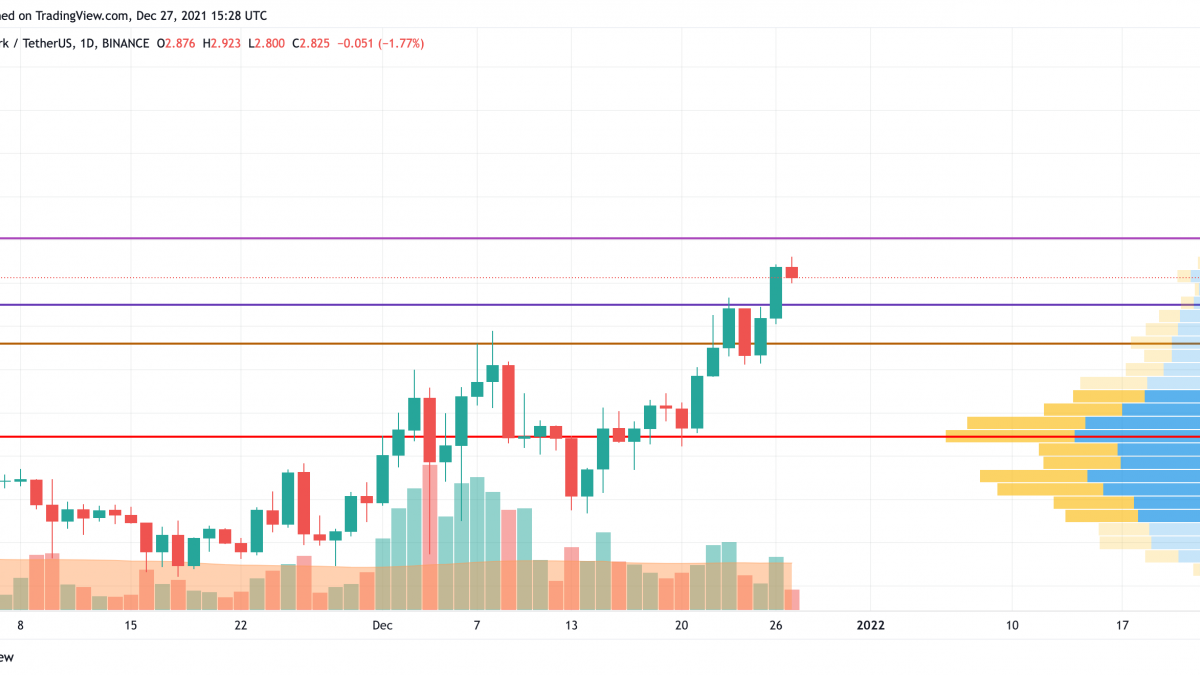 Despite the slight decline today, MATIC has managed to set a new peak. The selling trading volume is low, which means that the current drop might be considered a correction before a further price rise. Overall, the decline might continue to the recently formed mirror level at $2.70, followed by a sharp bounceback. 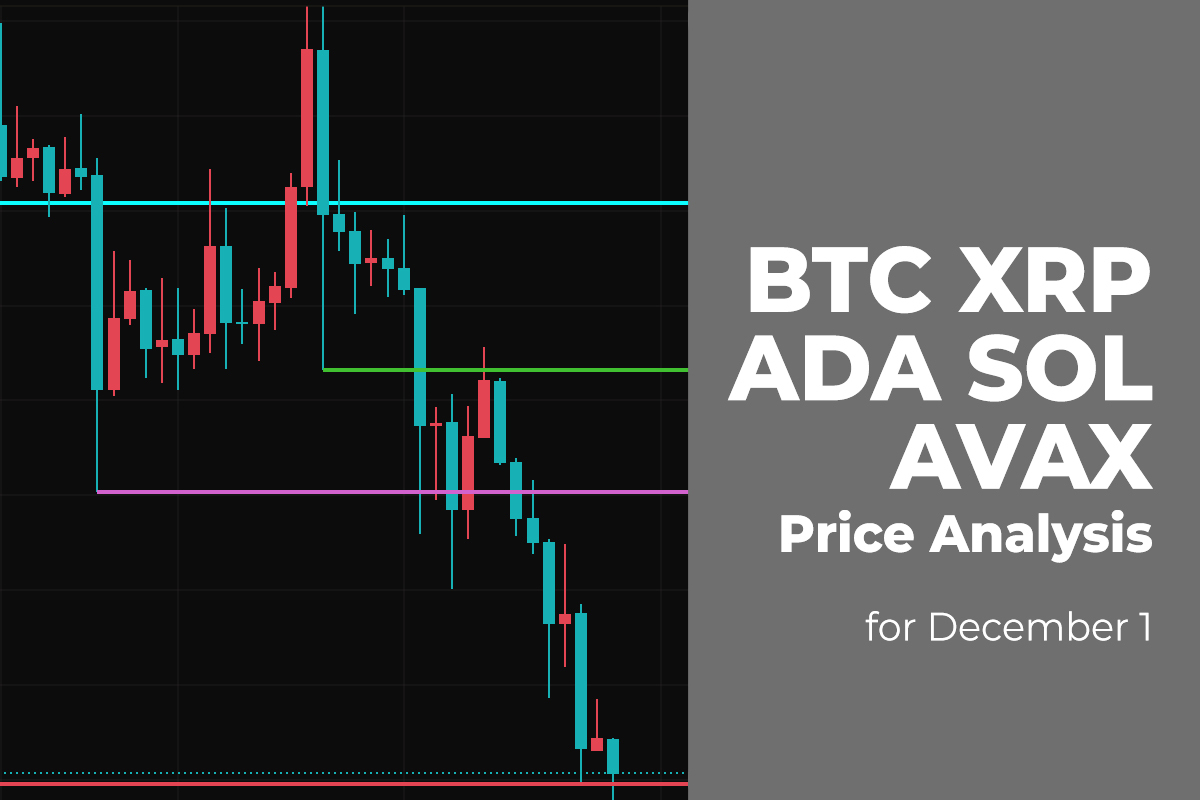 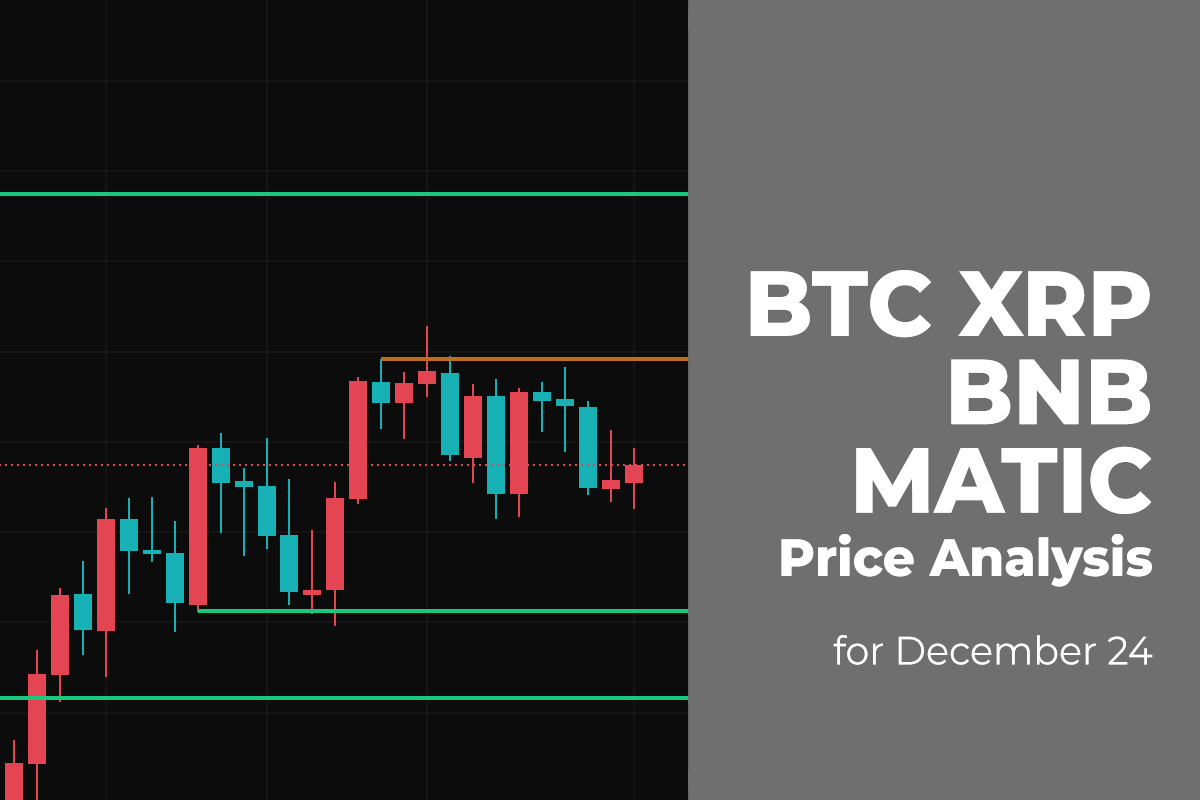