When every investor became inquisitive about the first-ever cryptocurrency, not many realized its shortcomings. After 2009, Bitcoin was the most buzzed word with huge search volumes on the Internet. But what pulled it back? Undoubtedly the other cryptocurrencies on the list that guaranteed to overcome Bitcoin’s setbacks. Understanding what the world needed, Bitcoin took its step towards the same, and Bitcoin Cash entered the market, 2017.

Bitcoin cash (BCH) outshines bitcoin in terms of transaction speed and accelerates the verifications of your transaction. Additionally, it has lower trading fees than bitcoin. The forked cryptocurrency is perfect to spend, trade, and exchange rather than hold!

With PoW methodology, mining, and increased transactions, what would be the future of this currency? What makes it better yet stay far behind Bitcoin? Bitcoin Cash’s official Website states BCH as the world’s best money! Will it outgrow other altcoins on the list? For a long-term Bitcoin Cash prediction, latest updates, and many more, just skim further!

What Is Bitcoin Cash (BCH)?

Bitcoin Cash (BCH) is a hard fork of Bitcoin that occurred on August 1st, 2017. After the advent, the network rewarded every Bitcoin holder with an amount of BCH. With just a duplication in the original block chain, it successfully prioritized on-chain scaling and utility as a peer-to-peer electronic cash system. Bitcoin Cash expands the size of blocks, enabling more transactions to be processed.

Basically, BCH was created to overcome two major challenges faced by Bitcoin scalability- by increasing the “block size”, BCH can process an impressive number of transactions per second when compared to Bitcoin. The other factor is Transaction Fee- Bitcoin’s transaction fee is around $1.31, whereas it is around $0.125 for Bitcoin Cash.

The forked currency is capped at $21 million, just like Bitcoin. By doing so, the network ensures value for every holder, putting down inflation rates to the minimum. The network also mentions that BCH supports token protocols and with this, it would be straightforward to create token backed projects!

Bitcoin Cash has made sending money to any account around the world is just simple! You can send money 24/7 and need no approval for a transaction, says the network. With increased privacy and decentralization, every penny in the Network is assured of safety and accessibility.

Initially, the coin was launched at the price of $250, and the next day, the price increased to $651 per coin. By the middle of the month, it already cost $900. Currently, Bitcoin Cash has begun routing its way to the top and managed to reach milestones.

Though designed to be sectioned from Bitcoin, BCH uses a similar technology and consensus mechanism and works almost like BTC. The platform works with a peer to peer node network and initially started with EDA as a mining algorithm. But it created discrepancies as many started switching between the two networks, earning huge profits. As this hindered the market supply, the EDA was modified making mining easier.

The revised update also began to use the SegWit of Bitcoin. Also called the aggregated Witness Solutions, the data congestion on blocks was resolved. According to Segwit, data related to a specific block’s transaction can be stored outside the block rather than on it. By doing so, the transaction processing time will be curtailed and higher rates can also be possible.

Recounting to the latest update on BCH, that happened earlier this year, on May 16, working on user experience and security was revealed, went viral on Twitter. A transaction chain of length 4642 was reported to have been mined on the network.

In 2019, BCH partnered with Fanduel, a popular Fantasy sports service. Sonny Singh, the CCO of the service also stated that through the Partnership football fans can make deposits using Bitcoin and Bitcoin cash, also betting with them! The coin giving a unique dimension to the crypto world is now seen everywhere! Today, there are more than 100s of projects, platforms, and services on BCH.

From Defi and Smart contract solutions like Detoken, Anyhedge, Smart BCH to Developer tools like Mainnetcash, Cashscripti, Fullstack, and many others, Bitcoin cash has stayed true to the promise of being the World’s best money!

As BCH is developing into a spending currency, it is always advisable to store them on wallets. According to Coinmarketcap, wallets like Ledger, Trezor, Math Wallet, BTC Wallet, Coinbase are some wallet options!

In case, if a similar alt season happens like the one we had early 2021, then BCH may take a leap to new junctures. Bitcoin cash price is expected to break upper thresholds of $650 and $769 in order to take an upswing above $1000. On the contrary, if the asset exhibits the average pattern then it would end up trading at $700 by the end of Q1 2022.

The rest of it may undergo rapid volatility, where the price may even correct the bottoms below $500. However, if it captures the phase of the extreme bull cycle, then reaching $1500 in that cycle would be imminent. Yet at the end of the year with up and downs the BCH price would end up trading around $850.

This year began to see community developers working hard to pull off the socks for the coin. Teams of Anyhedge, Electron Cash and many more are operating towards making the network more reliable and user friendly. Resources also say that, the teams have listed future plans which include payment widgets and financial derivatives powered by Smart contracts and Decentralised exchanges are on board. If the network manages to fulfill the same, the future market can turn over towards the coin making BCH price strike at maximums of $3666.73.

On the other hand, the coin has been highly volatile in the market, and might keep investors with FUD away from the network. Also, a possible similar market crash, with Elon Musk and others debating over PoW, in the coming years might cause the price to hit lower ends at $1195.11 or below.

However, if the people making daily payments and transactions over the network might remain unaffected, with slight buying and selling pressure, the BCH price may move at $2074.84.

Gov. capital has revised their prediction for the BCH price, they expect tokens to hit a maximum of $586.5644. On the contrary, they believe, trend reversals in the market would plummet the price to $433.54. And with average buy and sell pressures it would end up trading at $510.056. The website has also made a whopping prediction in the long term, they expect the price to surge maximum of $437.8. The average and minimum probabilities is being $380.696 and $323.59 respectively by the end of 2025.

As Bitcoin Cash has proved itself to be better consumer cash than the Crypto monster, the coin has all potential to be on the bullish cards. With contributors like Josh Green, George Donnelly, Roger Ver, and many more, working on various code changes to bring the blockchain to a higher standard, a possible breakout can be on board if it turns into a reality.

According to Coinpedia’s formulated Bitcoin Cash price prediction, the coin’s price may strike a maximum of $1417.33 by the year-end if the Bullish plans are revealed to become a reality.

However, currently, there are other factors that might entangle BCH into a downtrend again. If the China Crypto ban strengthens in the coming days, the price movement can turn highly bearish and drop to a low of $654.73. Also, the US inflation and shooting up CPI figures can pave way for currencies like BCH to collapse.

Initially, when introduced, BCH was trading at nearly $250. The price was continuously moving in the uptrend reaching $4091, which is the highest price.

But at the end of the year, the market turned bearish, and Thus, bitcoin cash suffered huge losses reaching $2557

At the beginning of 2018, the whole crypto market turned bearish. During the first quarter of the year Q1, the coin sloped down reaching $898.55 in February 2018. But nonetheless, the coin gained momentum back experiencing a bullish trend at the beginning of Q2 reaching a trading value of $1726. Further, in the mid of Q2, the price suffered a downtrend reaching $640.

The bearish trend continued further in Q3 and Q4 reaching the lowest value trading at $160 by the end of 2018.

2020 for BCH began on a bearish note. The cryptocurrency was trading at around $190 per coin. However, BCH was bullish for most of the first quarter. The price grew from the sub-200 level to surpass $300 by March.

To further the Q1 gains, BCH progressed to touching $400 by the beginning of February and later $500 in the middle of the month.

During the first half of 2021, BCH continued to trade at $340.56. On a bullish note, the price started to rise and reached $595.02 on 10th January. The altcoin continued upward move with a swift upsurge up to $1500. However, bulls failed to gain strength around the same level. Owing to the May market crash, the price experienced a heavy pull back up to $651 by May end.

Whilst in the second half of 2021, the price continued to fall with no proper bullish signals. The asset further hovered around the range-bound scale between $500 and $650.

The price is supposed to seek a perfect movement to explode beyond $1000 in 2022.

The Bitcoin cash price would explode beyond $2500 in the next five years. 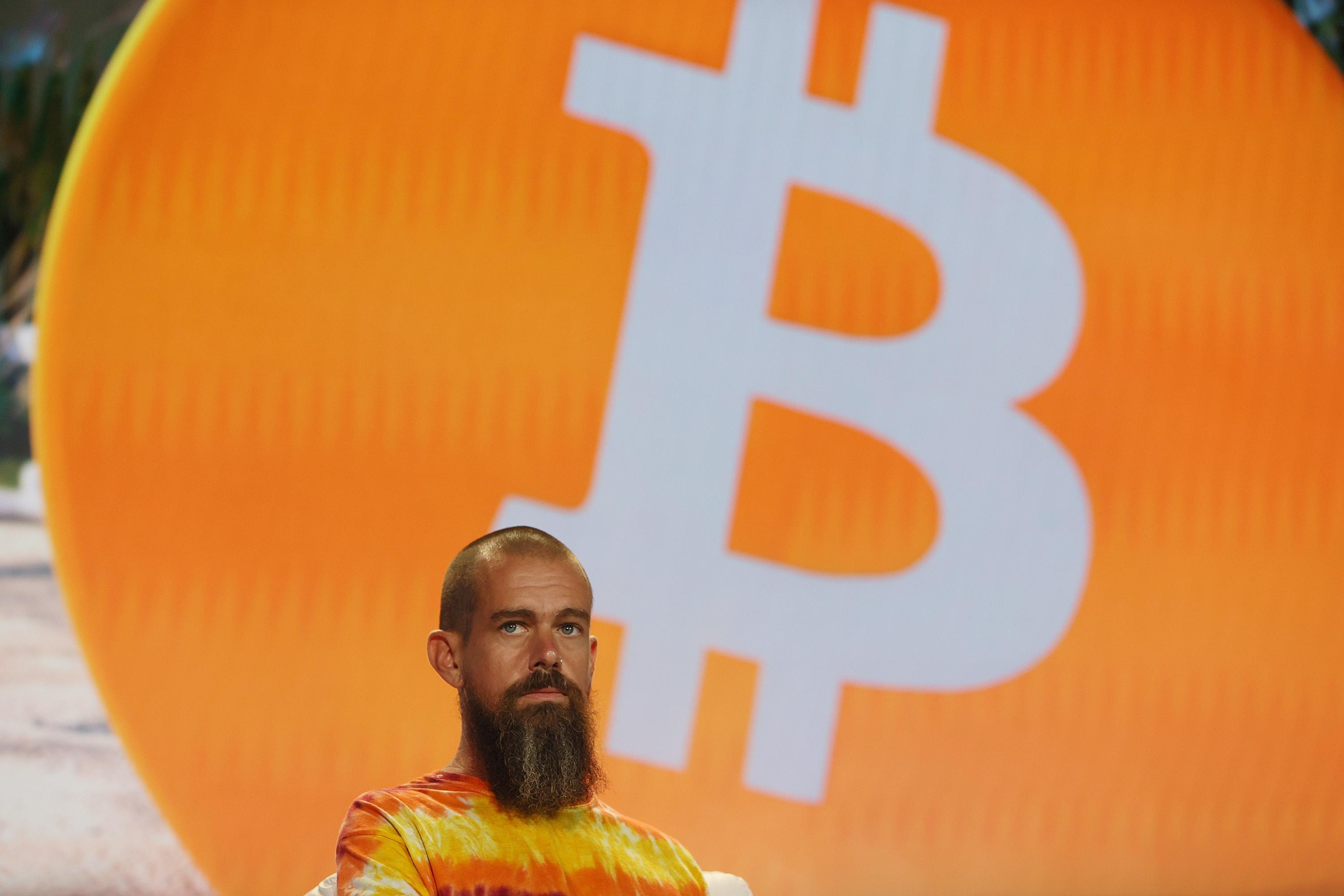