By The Numbers: How Ethereum 2.0 One-Year Stats Stack Up

Ethereum 2.0 has been long in the making ever since the Beacon Chain went into operation in 2020. Since then, there have been numerous upgrades made to prepare the network for the final proof of stake move. Most recently of this has been the Kintsugi testnet that allows users of the blockchain to get a glimpse of what is to come when “The Merge” finally happens.

It has been a year since the move to ETH 2.0 was set into motion and there have been some notable happenings since then. In this article, we’re going to look at the year in review and all that has happened with the network since then.

Over 7% Of ETH Supply Staked

Staking on the Ethereum network has ramped up since the move to proof of stake was announced. Instead of requiring miners to compete and verify blocks like in proof of work, the network now requires validators who need 32 ETH to run a node. Each validator gets rewarded for helping confirm transactions in the network and making it safer to use. There is now a total of 7.33% of the total supply of ETH staked on the Ethereum network and this number is expected to grow in the coming months as it moves closer to the merge. After the merge is completed, APY is expected to increase due to unburnt fee revenue and MEV which will now go to stakers instead of miners in the new proof of stake mechanism.

Ethereum Moving Towards The Merge

The race towards complete merge with Ethereum 2.0 is still on but there has been some infrastructure put in place to ensure that the network gets there. One of those is the multi-operator validator network, Lido, built by the Obol Network. This allows for liquid staking tokens on the ethereum network.

Rocket Pool is also another decentralized staking service that went live on the main net. These two have been part of helping the network push towards 2.0 while making it easier for users to stake their tokens.

On Monday, the Kintsugi testnet was released. It is the first public testnet of significance that was released on ethereum and will precede some other testnets to come, that show how the network will work after the merge. 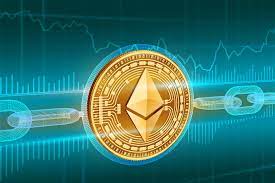 The Kintsugi Testnet And Why It’s Important To Ethereum 2.0