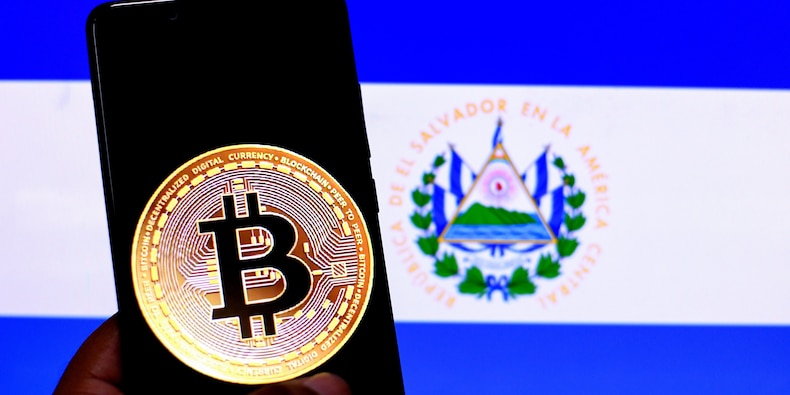 El Salvador just made its latest bitcoin purchase, and it has a lot of meme energy.

In a series of tweets late Tuesday — all pointing to the number 21 — President Nayib Bukele documented the country's purchase of 21 bitcoin.

He even held the purchase until after 11 p.m., which on the 24-hour clock was exactly 21:21:21. "There you go," he said with a rocket-ship emoji after the purchase. He then posted a picture of the receipt, which showed the bitcoin cost a little over $1 million.

Forty-year-old Bukele, who has 3 million Twitter followers and refers to himself as the "CEO of El Salvador," has capitalized on the meme energy in the crypto world in the past. After buying 150 bitcoins in September, he tweeted "we just bought the dip," a reference to a popular phrase among retail investors.

As of October 27, El Salvador held 1,120 bitcoins, according to a Reuters report. In November, the country, which is the only one to have bitcoin as a legal tender, announced plans to raise about $1 billion for a bitcoin bond. Half of the proceeds would be used to buy more bitcoin and the other half would be used for energy and mining infrastructure, at the time, citing Coindesk.

That same month, Bukele said the country planned to build a volcano-powered "," which wouldn't levy any taxes, except a value-added tax.

Insider's Anna-Catherine Brigida that Bukele believes bitcoin will bring an influx of foreign investments. But Brigida wrote the bitcoin rollout was a "hot mess," causing increasing tensions in the country.