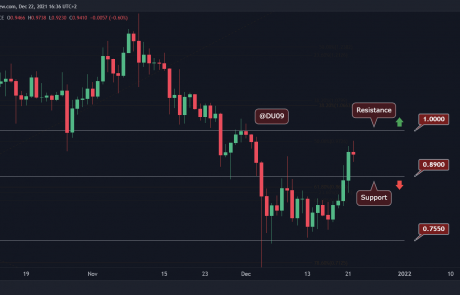 The bullish signs discussed in our last XPR analysis proved correct, and XRP rallied. In doing so, the cryptocurrency broke the resistance at $0.89. The price is currently taking a pause as it looks ready to test the resistance at $1. The momentum and volume on this last move give hope for a sustained recovery. However, breaking above $1 would definitely take some strength.

Trading Volume: Good volume during the break above $0.89 as the price rallied without looking back. The bulls have the upper hand right now.

RSI: The daily RSI increased as well and topped at 56 points. To sustain the bullish bias, the RSI should do a higher high in the near future. Failure to do so would put the current rally in question.

MACD: The daily MACD exploded higher, and the momentum favors continuation in this price action which should put pressure on the $1 resistance. MACD remains bullish, and there are no signs of weakness right now.

The current XRP bias is bullish. It is important to watch the price action at $1 as that is a critical level to break in order for it to sustain this momentum.

XRP capitalized on a favorable market where both ETH and BTC broke their key resistance levels and thus, t rallied above $0.89. However, the resistance at $1 is much more significant, and it will be harder to crack.