Most Promising Crypto Projects To Look Out for in 2022 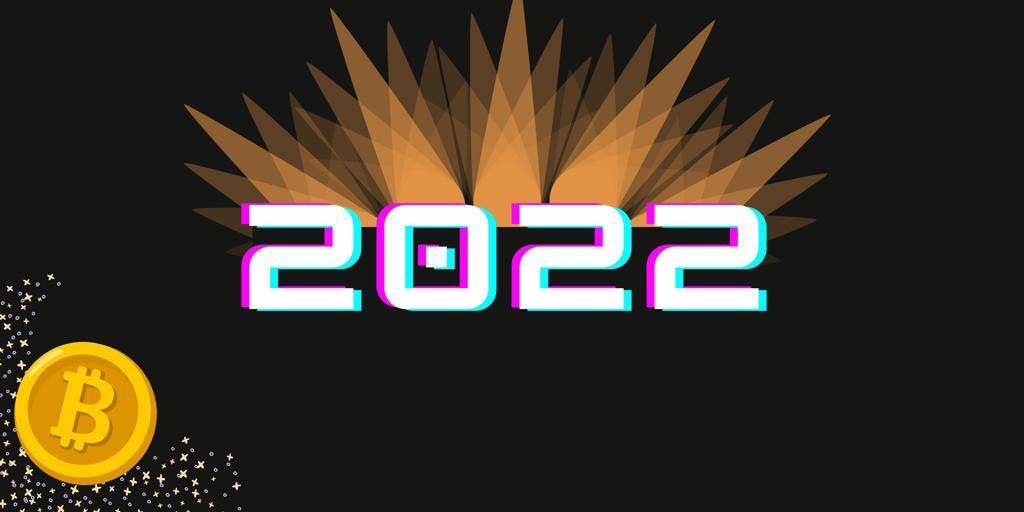 2022 is going to be a year of NFT evolution with metaverses becoming a new popularity trend. However, DeFi is still miles ahead of metaverses and NFT ownership in terms of market cap. So, in this article, we will present you with some of the most exciting and ground-breaking projects inside DeFi and NFT to look out for in 2022.

Did you know that only 32 adult T. rex have been discovered as fossils, of which only one was fully recovered just last year? And that on our entire planet! Now cool science meets blockchain with a real T-Rex fossil NFT.

Metarex is introducing the public to the exclusive NFT ownership of an authentic Tyrannosaurus rex fossil. There will be 58,000 NFTs representing the ownership of the T-Rex bones, with an end goal of getting this privately-owned fossil to a permanent home in a museum advancing science and research. This specific T-Rex fossil has more than 45% completion of the original bones, surpassing museums’ regular 20% standard.

Metarex has literally invented decentralized ownership in fossils and came out through the gate swinging with one of the rarest ones in the world. It’s much more than an NFT, it’s history!

Merging physical and virtual worlds through Augmented Reality, OVR is a decentralized metaverse platform that rewards users for 3D scanning and mapping of the planet. The global jump into Metaverse will be a pipe dream unless the Metaverse has geolocation, OVR pioneers just that. The company has just released Map2Earn, which enables users to take part in a global treasure hunt to take pictures of specific locations with their smartphone cameras, receiving the project’s native OVR tokens as a reward. The images will be used to generate a high-precision 3D map of the world, which will work as one of the key pillars in OVR’s AR/VR metaverse.

Bonded Finance is a DeFi protocol aiming to engage all crypto assets, including smaller market cap ones in the DeFi economy. Оver $100 billion is locked in those coins, and most of them are just sitting idle without giving their owners any ability to put capital to work.

Bonded Finance intends to change that by offering broader access to decentralized financial markets. With Primary Lending Platform, Bonded Finance will offer stablecoin owners to earn interest on deposits while allowing the owners of altcoins to use them as collateral to borrow stablecoins. The USB Stablecoin Platform will allow users to mint Bonded Finance USD-pegged stablecoins (USB) with low-liquidity altcoins to gain exposure to sustainable liquidity that can be used in the broader DeFi economy. And finally, BOND Stake & Reward Platform will allow BOND token holders to earn passively the share of the fees collected by the platform.

Bonded Finance plans to transform itself into a DAO in the future through distributing the BOND token among the community members that will delegate voting power and allow to decentralize decision-making in the project.

This blockchain platform frees money to move it to where greater value is created. TrustToken has created popular stablecoins, including TrueUSD, and is behind DeFi’s first unsecured lending protocol TrueFi. The protocol has reached $1 billion in loans, and is on track to unbundle traditional banks’ hold on lending products, offering institutional-grade investors a space to lend and borrow with reputation-based creditworthiness.

Blockasset sports platform helps iconic athletes open new revenue streams and build meaningful relationships with their following in the post-pandemic space by exploring the potential of NFTs and fan tokens. NFT holders get access to exclusive merchandise, member-only AMAs, meetups, and fantasy game competitions with their heroes as well as voting on their key decisions.

Made by true sports lovers, Blockasset celebrates decisive moments, wins, and losses, while little thought-through details like a virtual sticker book contribute to the atmosphere of true fanship. Add to that a bunch of sports stars on board, and you will get the recipe for success: indeed, in early November, the ‘Legends’’ NFT collection created in partnership with five top-tier athletes, such as Muhammad Ali and Alexander Ovechkin, raised $5 million in 9 minutes.

Besides the launchpad, the platform will feature an NFT marketplace (Q4 2021) and a play-to-earn Gaming Suite (Q2 2022) powered by the $BLOCK token.

Everest has solved one of the major challenges crypto has faced on the road to functioning in a regulated way. How to prove human uniqueness pseudonymously inside the blockchain. This truly opens up the door to the great promise of blockchain technologies. Everest aims to bring individuals free digital identities based on their biometric data and an account to hold money, crypto, and documents. They use biometric data to generate a public and private key pair, making the resulting cryptographic entity always unique as biometric data is specific to every individual.

An all-encompassing digital ecosystem AXIA rewards participants with its hyper-deflationary AXC coin. The decentralized network provides a transparent reward mechanism to those who choose to utilize any of the many applications offered on this platform. From a web browser, through a DeFi bank, AXIA lets users decide what content to be exposed to, what data to share, and who profits from it.

Decentralized music platform Corite CO is not your ordinary NFT platform. Backed by the solid expertise of its founders, Universal Music Group’s alumni Mattias Tengblad and Emil Angervall, the support of A-list producers and entrepreneurs such as L. A. Reid and Rico Love, and the successes of Corite’s Sweden-based fiat platform founded in 2019, it uses a fan-fueled equity crowdfunding model to enable fair revenue shares for musicians of any level, end the monopoly of labels and democratize the music industry.

Corite CO helps performers get their music featured on all major services, such as Spotify, Apple Music, TikTok, and YouTube, get funding and marketing support directly from their audience and share a part of the revenues with their backers in return.

The platform’s underlying blockchain was created by Сhromaway mostly known for its ‘My Neighbor Alice’ multiplayer game and Hedget – a DeFi protocol for decentralized options.

World Mobile Group (WMG) is the global mobile network combining renewable energy with blockchain technology to connect the unconnected. Partnering with key players such as Input-Output Global (IOG), the E-Government Agency Zanzibar (eGAZ), the electronics giant Epson, and others, has its eyes set on changing the paradigm of connectivity in Africa. From building the technical infrastructure to enable its full potential and rapid growth of its blue economy, improving its education systems and improving its connectivity and communication, World Mobile has already thrown the first stone for Zanzibar. 2022 is set to bring the launch of its blockchain academy and the development of a joint program for students, and with it host conferences to attract experts from around the world and bring back talent to the region. Yet, the plans only start there as it creates an E-gov solution, with IOG implemented blockchain in registry systems, and integrated back-end government systems to enable business-process automation and facilitate communication. And then on to the rest of Africa.

This OTT multimedia streaming company is remodeling the live event VIP experience with the Mola Chill Club NFTs. Mola holds live events with top musicians, including Kehlani, Seal, and Charlie Puth, where viewers can interact with the performers and request songs. Mola’s live events will be open only to NFT holders who have exclusive access and content based on the exclusivity of the NFTs.

From casting interactive votes to backstage access and even interaction with bands like Simple Plan and Weezer during Mola’s concerts. Mola is expanding globally these days, in addition to Indonesia, becoming available in the UK, Italy, Singapore, and Malaysia, and reaching more than 440 million potential viewers.

Before it’s too late, you’ll know what to pay attention to. And with crypto, being too late may happen extremely quickly. So consider all of the advantages and disadvantages, conduct research, and make your decision. And be sure to check back for more insightful updates! Surmise of outlook 2022 for Bitcoin, crypto sector looks like this