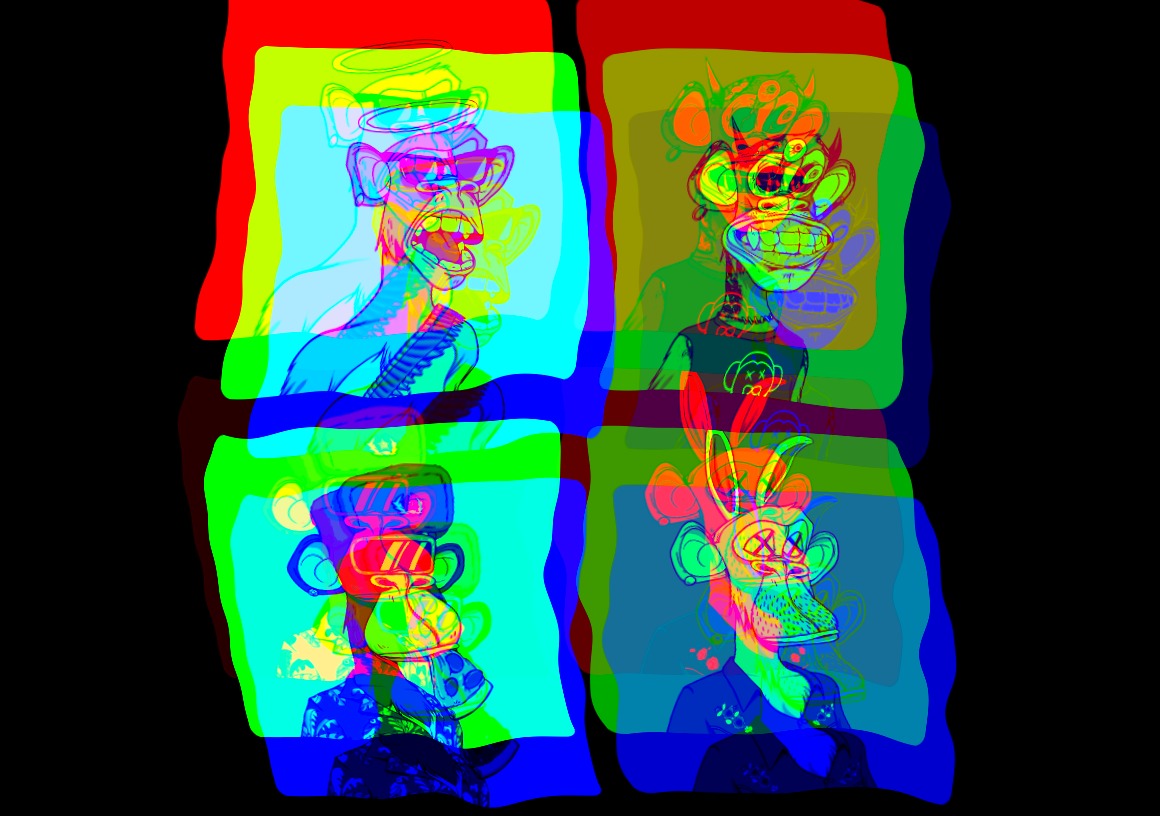 Retail interest in non-fungible tokens (NFTs) – digital certificates representing ownership of unique non-interchangeable assets – seems to have decoupled from the broader crypto market. But the search for information isn’t necessarily translating into action.

Google Trends, a tool for gauging general or retail interest in trending topics, is currently returning a perfect score of 100 for the worldwide search query “NFT” over the past five years. That’s a sign more and more people are scanning the web for information on NFTs. In comparison, searches for bitcoin and ether have eased significantly in recent weeks, with scores hovering below 50. A similar pattern is seen for dogecoin and shiba inu, the joke cryptocurrencies seen by small investors as leverage plays on bitcoin.

Still, while interest in digital collectibles has remained resilient, perhaps due to several headline-grabbing projects announced in the past few weeks, usage metrics such as daily transaction volume and daily users show the top NFT platforms’ activity has slowed considerably since August.

“In December and November, daily transaction volume on OpenSea, considered to be the most active NFT platform, averaged $67 million, compared to an all-time high of $303 million in August,” FRNT Financial said in its newsletter published Monday. 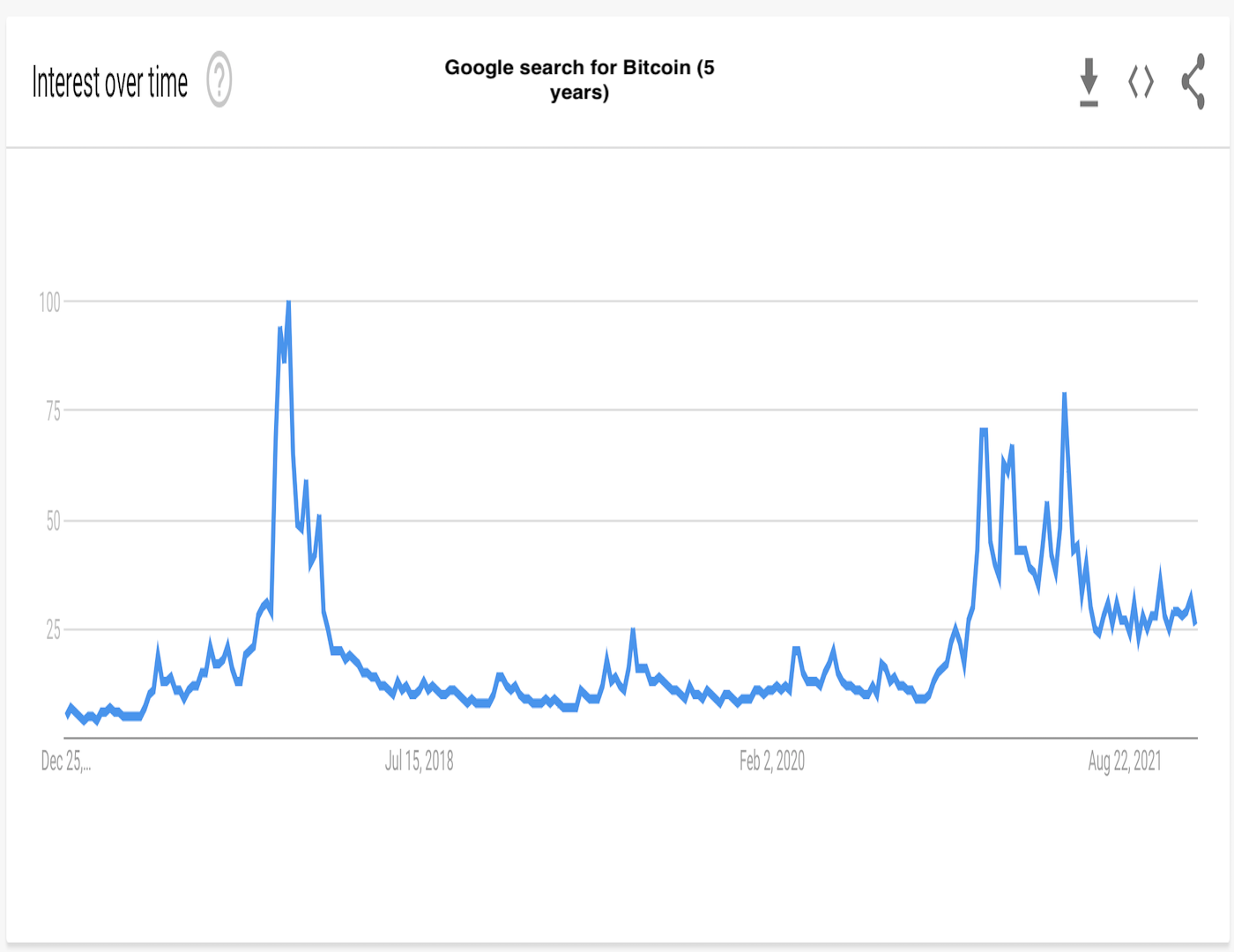 “Google searches for ‘Non-Fungible Token’ are highest in China, followed by Singapore, Venezuela, Hong Kong and the Philippines,” FRNT Financial said. “Over the past 12 months, the two most popular related search topics are ‘apes,’ due to the Bored Ape Yacht Club Collection, and MetaMask.”

Google Trends provides access to a mostly unfiltered sample of search requests and scales them along a range of 0 to 100, according to the company. The search value represents the search interest relative to the highest point on the chart for the selected region and time.

The price of bitcoin, the top cryptocurrency by market value, has dropped by 30% in the past five weeks, dragging the broader market lower and instilling a sense of unease in market participants. The cryptocurrency Fear & Greed Index recently fell below 25, signaling extreme fear.

Interest in digital collectibles may have been buoyed by new projects announced in the past few weeks, FRNT Financial noted.

Assuming the broader market mood remains dour, widespread interest in NFTs represented by web search data could decline once the sugar rush from the recent project announcements fades. After all, a perfect score of 100 has marked major price tops in bitcoin, solana, and other cryptocurrencies.