The LTC/USD technical chart indicates a short-term downtrend. The coin initiated a minor correction in mid-November, which extended more than the expectation of several crypto analysts. The price has plummeted to $140, where it resonates in a short range, preparing for its next move. 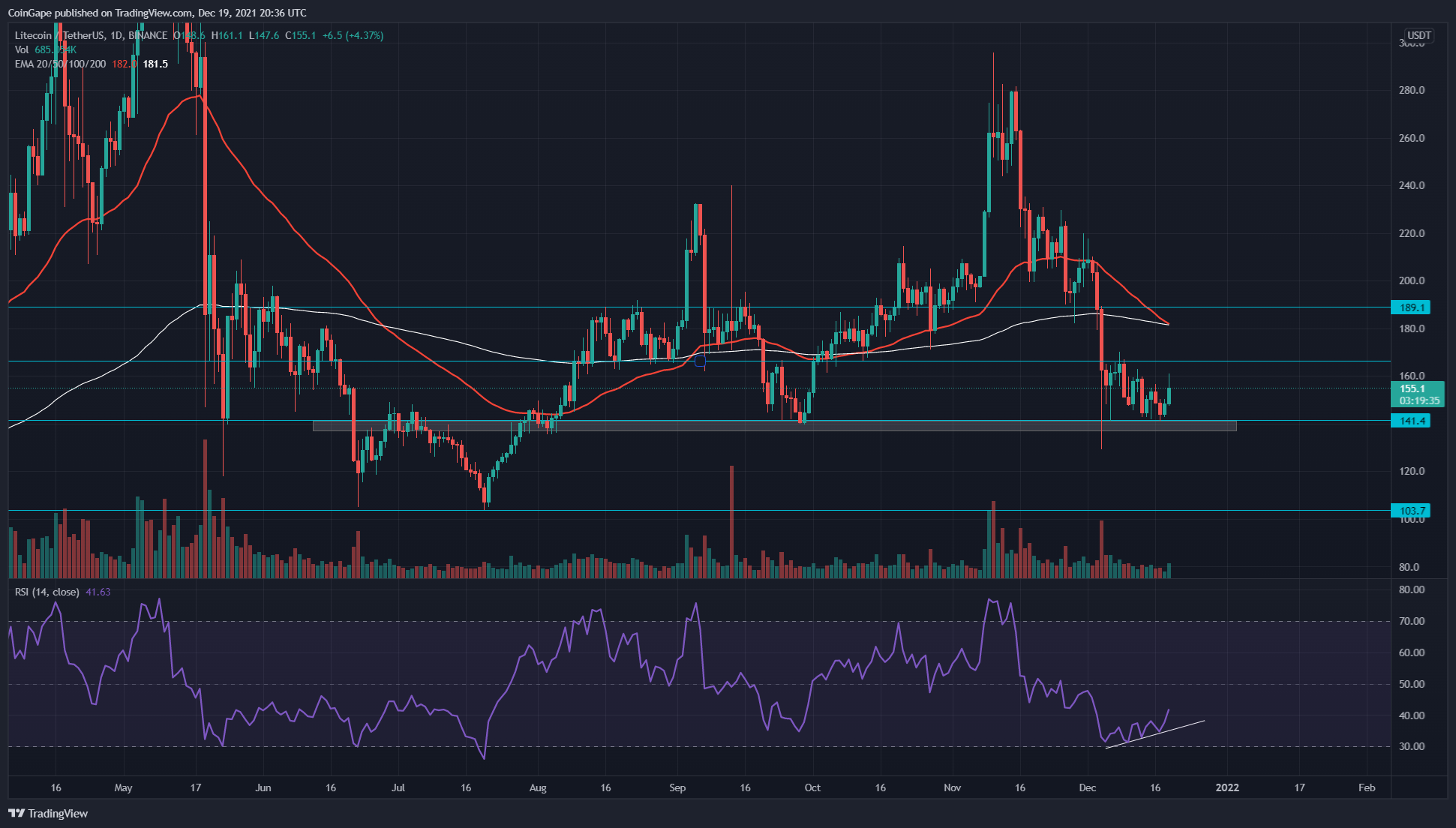 Past Performance or Trend-

The past three months have been a roller coaster ride for the LTC coin as the new correction phase has nullified all the gains the coin gathered in October and early November. The price has lost around 51% from the previous top of $296 and is currently hovering above the $141 support.

For the past three weeks, the LTC coin price has been resonating between the $166.5 and $141 mark, creating a narrow range in this chart. Such consolidation phase brings an excellent trending opportunity for traders when the price breaches either of the borderlines.

Furthermore, the coin also reveals a falling wedge pattern in the 4-hour time frame chart. On December 19th, the price gave a decisive breakout from the resistance trendline, indicating a better chance for the price to challenge the overhead resistance of $166.5. 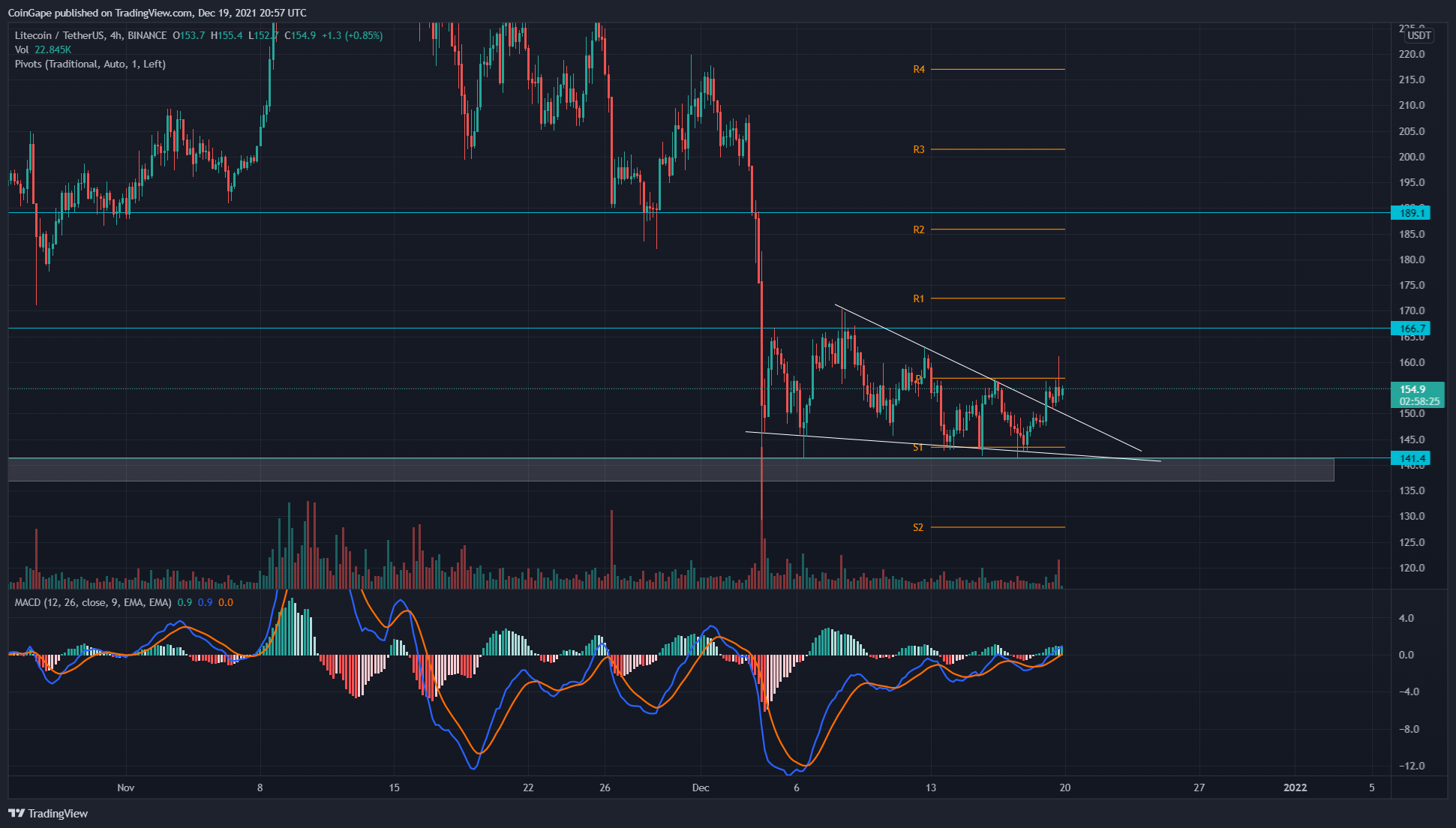 -The daily Relative Strength Index(41) displays an evident bullish divergence in its chart, indicating the growing strength of coin buyers.