Shiba Inu (SHIB), the 13th largest cryptocurrency by market cap has again become top token position by dollar value among the top 1000 Ethereum (ETH) wallets The meme currency has slid down to the third position amid a recent price crash in the market. However, the rise of SHIB token holding among Ethereum wallets indicates a growing whale accumulation. 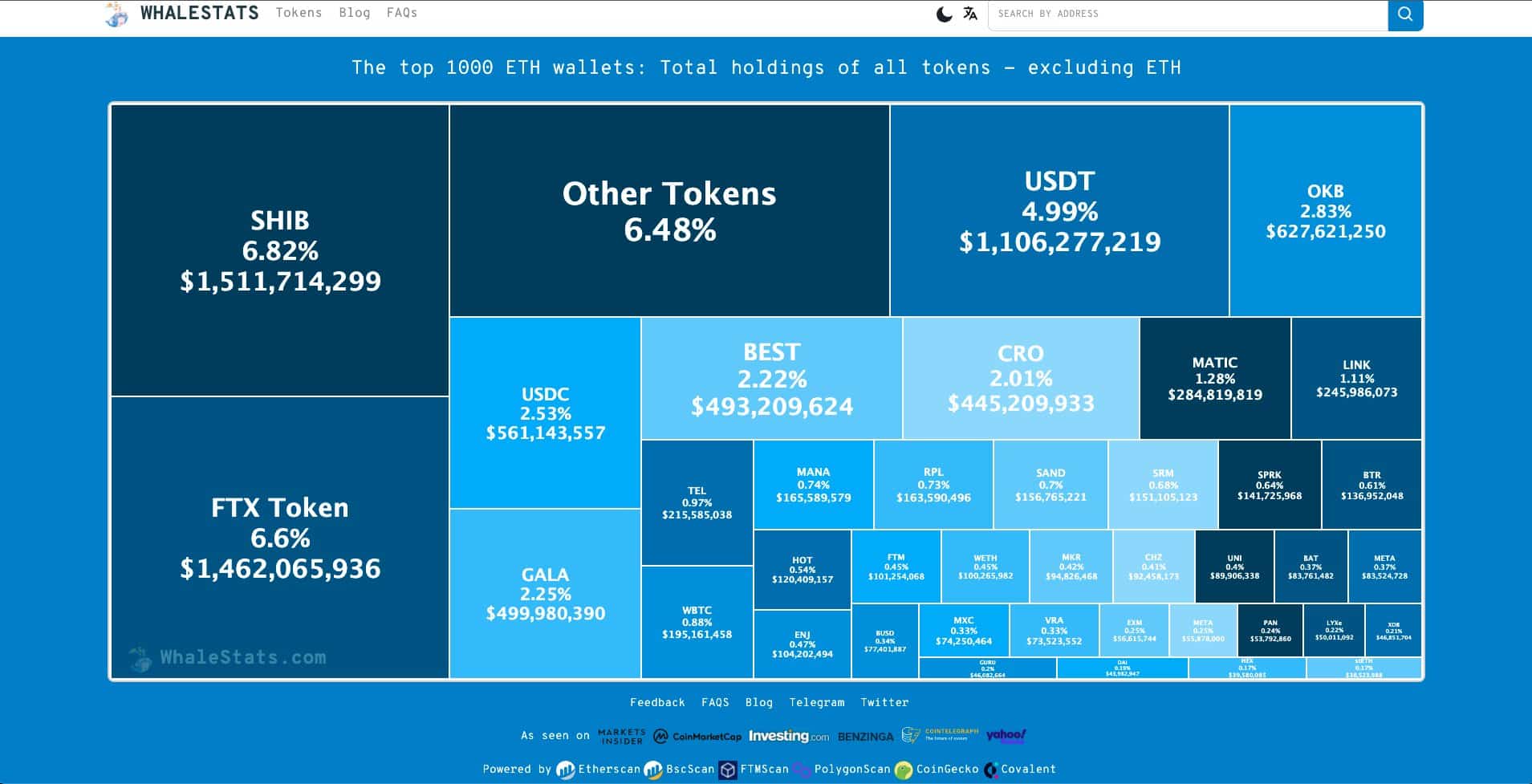 The altcoin hit a new all-time high of $0.0000894 in October, a month that saw SHIB overtake Dogecoin (DOGE) in market cap. However, November and December have proven to be bearish for the meme currency despite a slew of recent listings and adoption in the retail market.

Over the past couple of months, SHIB was listed by the Kraken exchange towards the end of November, which helped the altcoin surge by 33%. It rose to a new monthly high of $0.000050 but lost most of the gains during the 30% market crash in December first week that wiped out nearly $500 billion from the crypto market. The altcoin was recently listed by BitPay for retail payment as well, but the announcement didn’t have a similar impact on its price as the Kraken one.

SHIB is currently trading at $0.00003134 seeing a 3% decline over the last 24-hours. The altcoin has seen a constant decline since its monthly high on November 30. The altcoin would look to break out of a month-long price slumber amid increased whale accumulation and rising social media dominance.

Shiba Inu rose nearly 1,000% in October mimicking DOGE’s May rally and eventually rose to the top-6 cryptocurrency by market cap. While repeating a similar feat would be quite a task, but given how meme currencies have surged in double and triple digits over the past year, it can’t be completely ruled out as well.

The Shiba Inu community has grown beyond being a meme coin or a DOGE-killer and is expanding into metaverse with its play-to-earn (P2E) games. The SHIB community continues to rally on social media for a Robinhood listing, and many believe it could trigger the next rally for the altcoin.