Binance global crypto exchange’s American affiliate firm Binance.US has on-boarded its first-ever Chief risk officer in the form of Sidney Majalya from Intel Corp. Majalya has served as the vice president, legal, and chief compliance officer at the largest U.S. semiconductor maker and he is expected to bring his expertise into crypto regulations.

Majalys said he is looking forward to his role at Binance and belive its “not a company where I have to come in and do convincing about the importance of compliance,”

Binance.US had a major change in operations as the former CEO of the firm Brian Brooks resigned after just four months of taking up the role, citing differences over strategic direction. The crypto exchange then hired Brian Shroder, a former executive at Ant Group Co., and Uber as the new CEO.

Binance.US taking all measures before the IPO?

2021 has proven to be the year of the cryptocurrencies, given not just did the price of the Bitcoin and thousands of other altcoins rose to new all-time highs, but many crypto startups also raised hundreds of millions of dollars to become a unicorn. The likes of NYDIG and FTX raised near a billion dollars in 2021 alone and Binance.US might be looking to follow on the same path.

The CEO of Binance Changpeng Zhao in a recent interview has confirmed that the US affiliate platform is looking to raise a “couple hundred” million dollars in a funding round that is expected to finalize soon. The recent hiring seems to be in line with Binance’s long-term goal in the U.S.

The world’s leading crypto exchange faced a major regulatory dilemma in the middle of the year when nearly a dozen nations issued compliance warning against the exchange. When many market pundits thought Binance would succumb to the regulatory scrutiny, the exchange rose and made key changes to address the issues and is now reported to be worth billions of dollars. 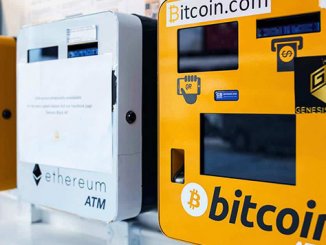