XRP, Algorand, and Terra have all pointed towards downward price movement, following broader market movements. XRP and Algorand have projected downward-channel price movement over the last multiple weeks. The technical outlook projected a near-term bearish inclination. XRP’s price has diligently rejected the bulls since mid-November, and at press time, the coin was trading for $0.805 after recording a 2.6% fall over the last 24 hours.

The coin was seen trading close to its 5-month long-standing support line of $0.795, and a further bearish push will make XRP trade near the $0.528 price level. Immediate resistance of the coin stood at $1.05 and then at $1.28. XRP’s technical have highlighted that the coin has been performing loosely. 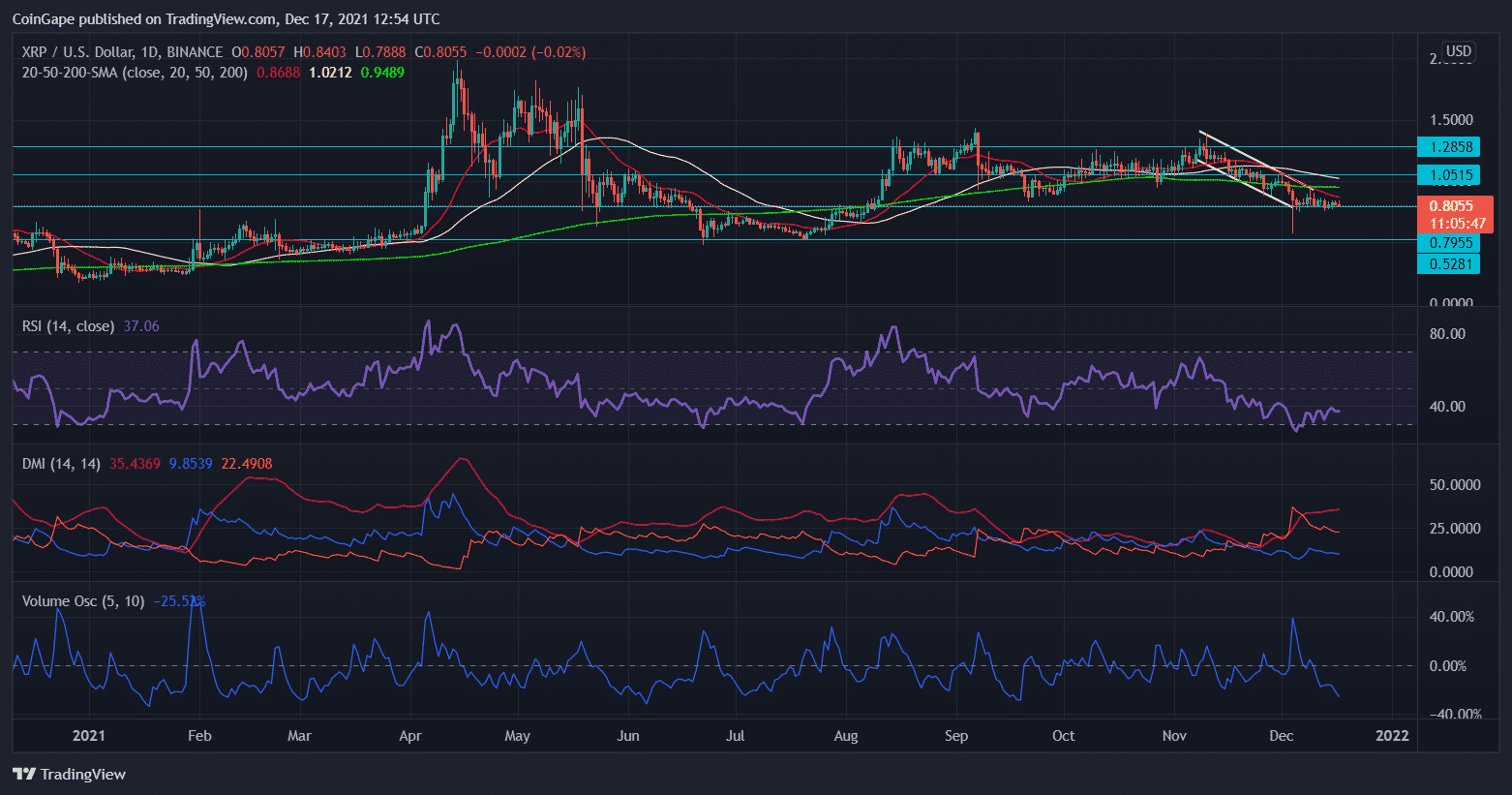 On the chart, XRP’s price stood below the 20-SMA line, which has acted as a solid resistance mark for the altcoin. Since the bears have been stronger in the past trading sessions, the coin could register a 42% fall. 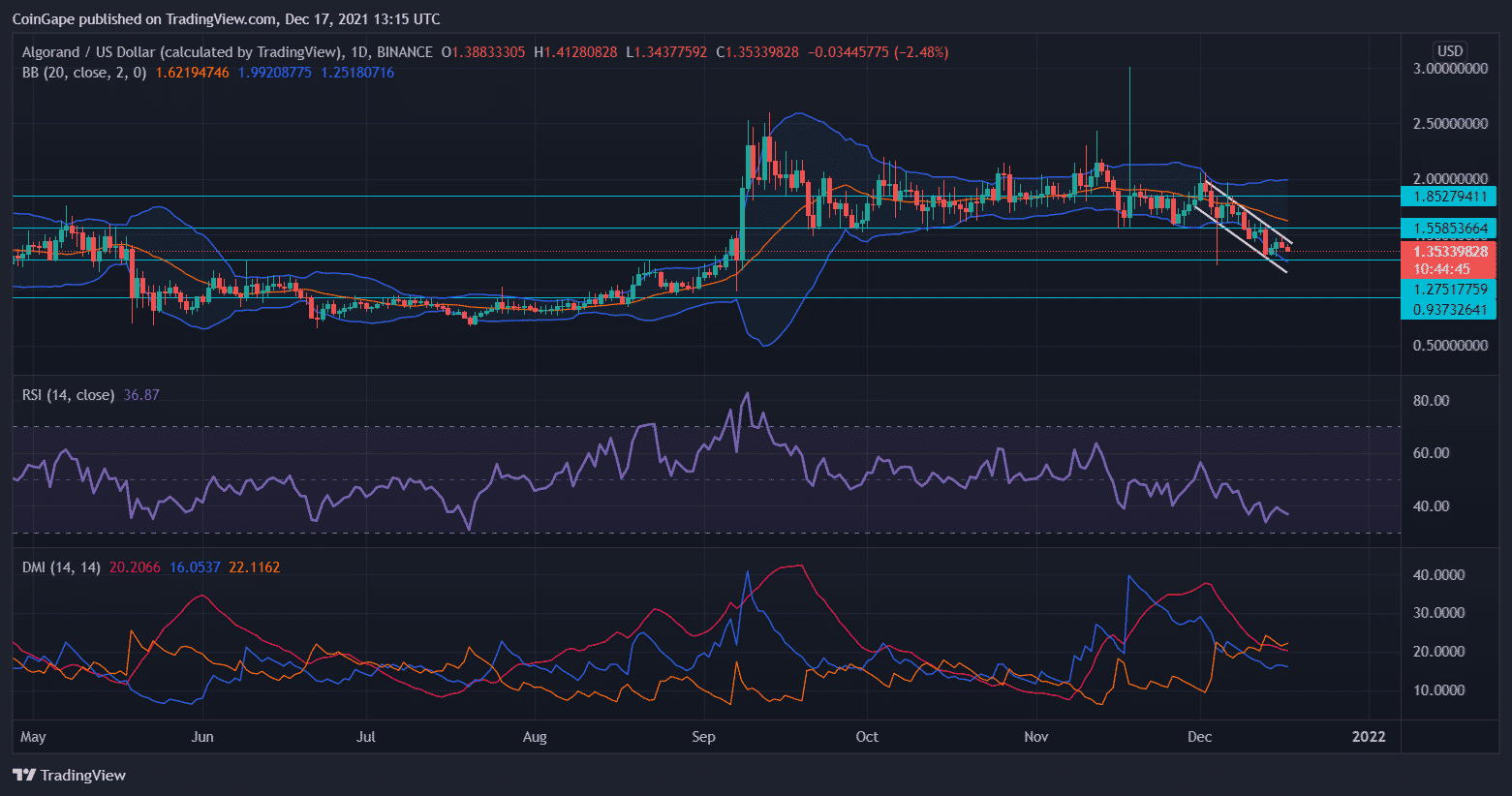 Algorand’s price action also followed the market-wide trend as it depreciated on its chart. It was exchanging hands at $1.35. The immediate resistance was at $1.55, which served as solid support for four months. The substantial downfall in prices occurred as the coin encountered repeated sell-off periods. If bears continue to exert control, the next trading level for the coin stands at $1.27.

In case of an upward price breakout, the coin can trade near the $1.55 level and then at the $1.85 price mark. The Relative Strength Index favored the bears after the coin displayed a continued downtrend. The Directional Movement Index encountered a bearish crossover and exhibited bearish force. Bollinger Bands expanded, which indicated signs of rising price volatility. 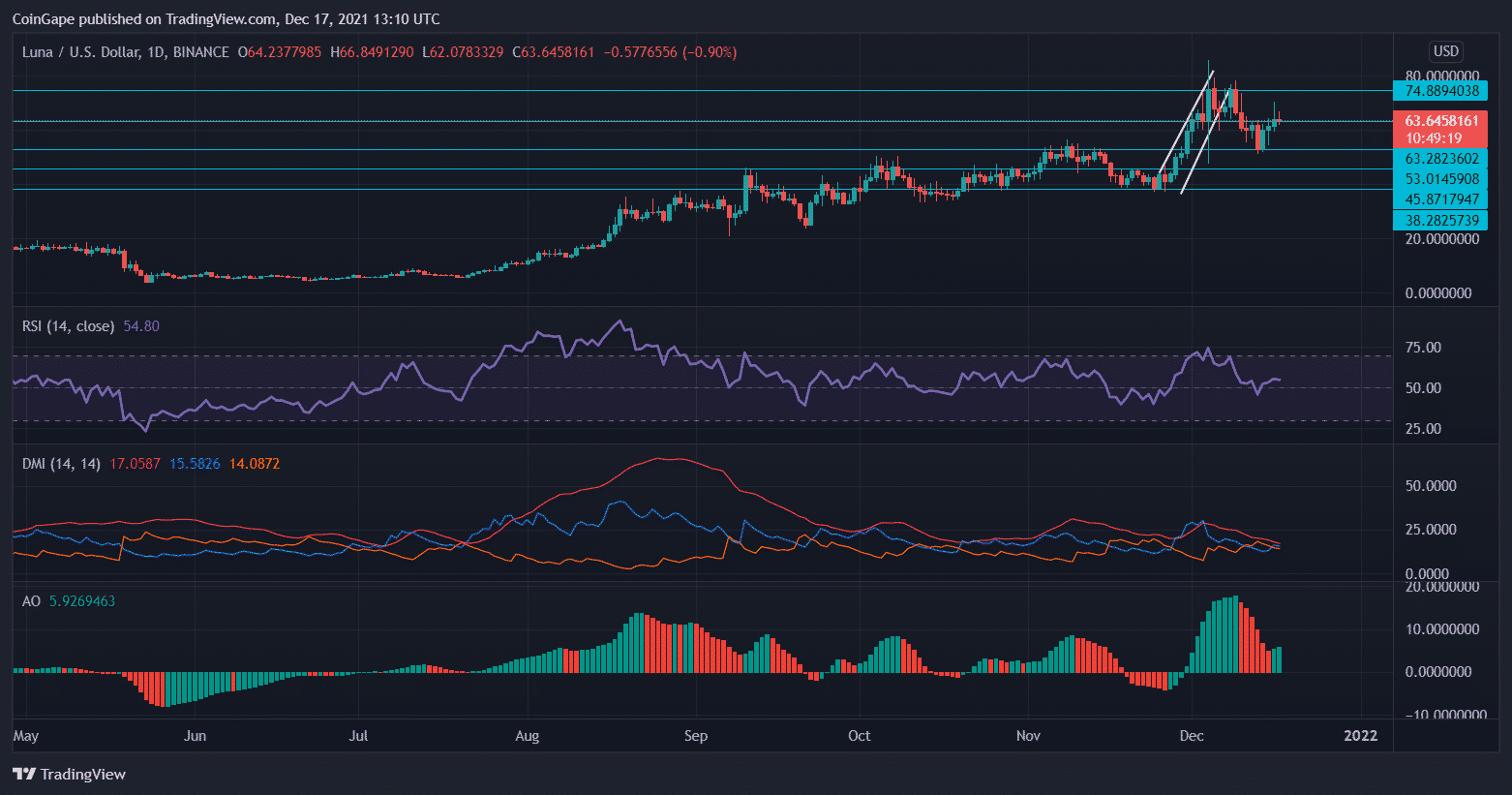 Terra’s price has been on an uptrend, and at the time of writing, the coin traded for $63.64, which is 33% higher than the prices LUNA displayed last month. Immediate resistance for the coin stood at $74.88.

Although the coin showed a fall on its charts, the near-term technicals have still flashed positive price action. From the above chart, the coin found support on the $63.28 level.

The Relative Strength Index seemed to be positive, as the indicator was parked above the half-line, reflecting more buyers over sellers in the market. However, the Directional Movement Index displayed gravitation towards an adverse price action as the bears re-surfaced in the market.