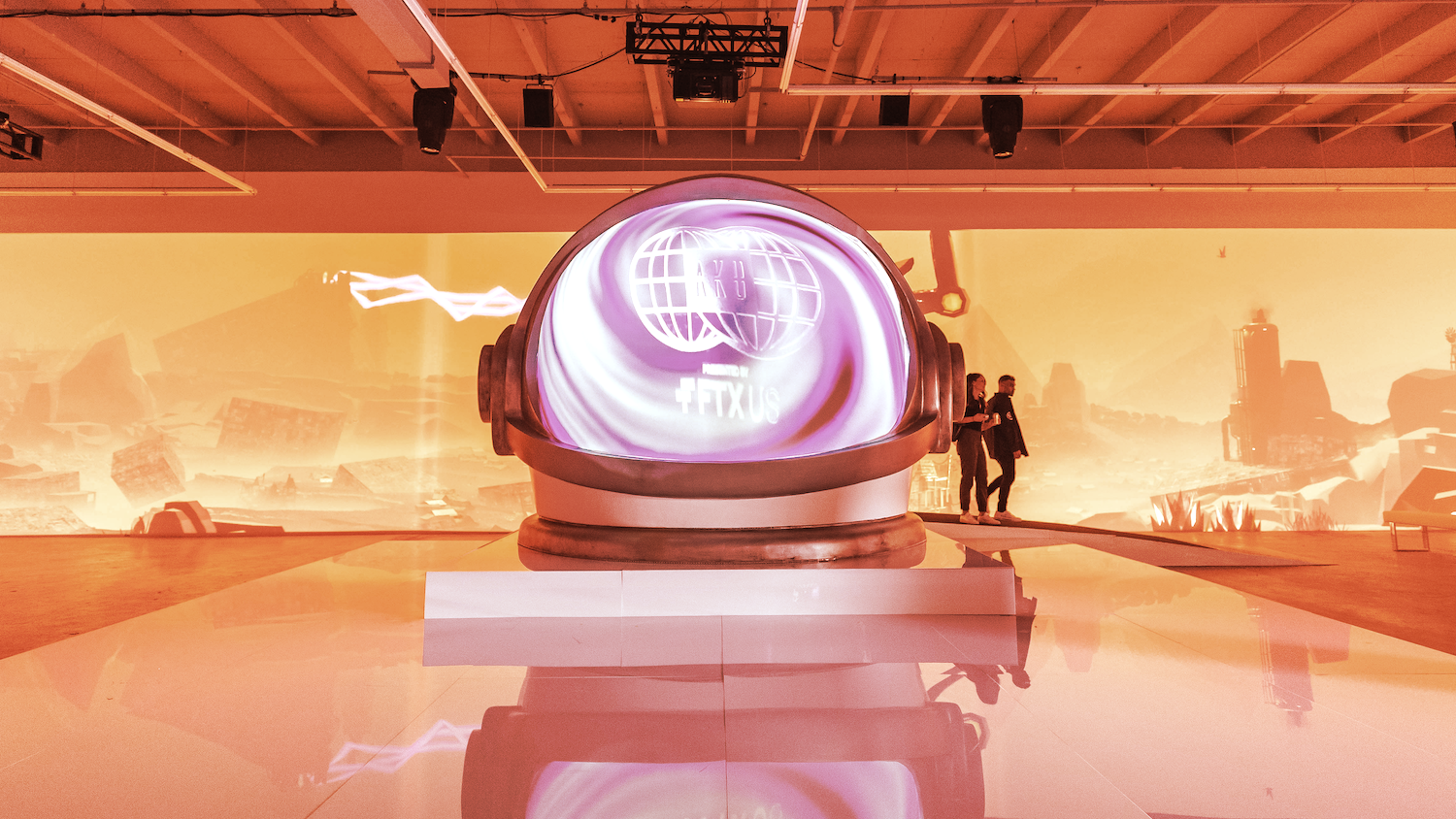 Aku has rapidly become a standout in the rising NFT space. Created by former MLB player Micah Johnson, the young Black space explorer has leapt from a series of Ethereum NFTs to a film and TV deal, a digital trip to the International Space Station, and a partnership between Johnson and financial services giant Visa.

But the original NFT character’s biggest adventure yet arguably took place last week in Miami, where Johnson partnered with crypto exchange FTX to bring his journey to life in Aku World: Miami, an experiential installation running during the annual Art Basel expo.

In a large venue in Miami’s vibrant Wynwood art district, Aku World delivered an immersive experience, punctuated by an enormous recreation of the boy’s helmet that attendees could enter to view video footage of his intergalactic journeys. The walls within the cavernous, 30,000-square-foot space similarly showcased colorful, 360-degree planetary locales.

Together, we made my world everything I dreamed it could be. #AkuWorld pic.twitter.com/T4w8MOGTJh— Aku (@AkuDreams) December 6, 2021

Johnson told Decrypt that the oversized helmet let visitors experience Aku’s quest from the character’s own viewpoint. He likened the experience to the rise of the coming metaverse, the growing Web3-native digital world that is being created around NFTs—these unique blockchain-based tokens that function like deeds of ownership over digital items.

“Aku can travel from digital realm to digital realm,” said Johnson of his creation. ”He is a kid who is very confident in this digital world and sees the physical world as important. [...] That helmet shows people the places you can go.”

Elsewhere, the installation featured physical artwork from Johnson and other Black artists, including Floyd Strickland and the late Jean-Michel Basquiat. It also had a space for a series of panel discussions held between Johnson, rapper Pusha T and singer Kehlani, and various creators and builders from across the crypto industry. 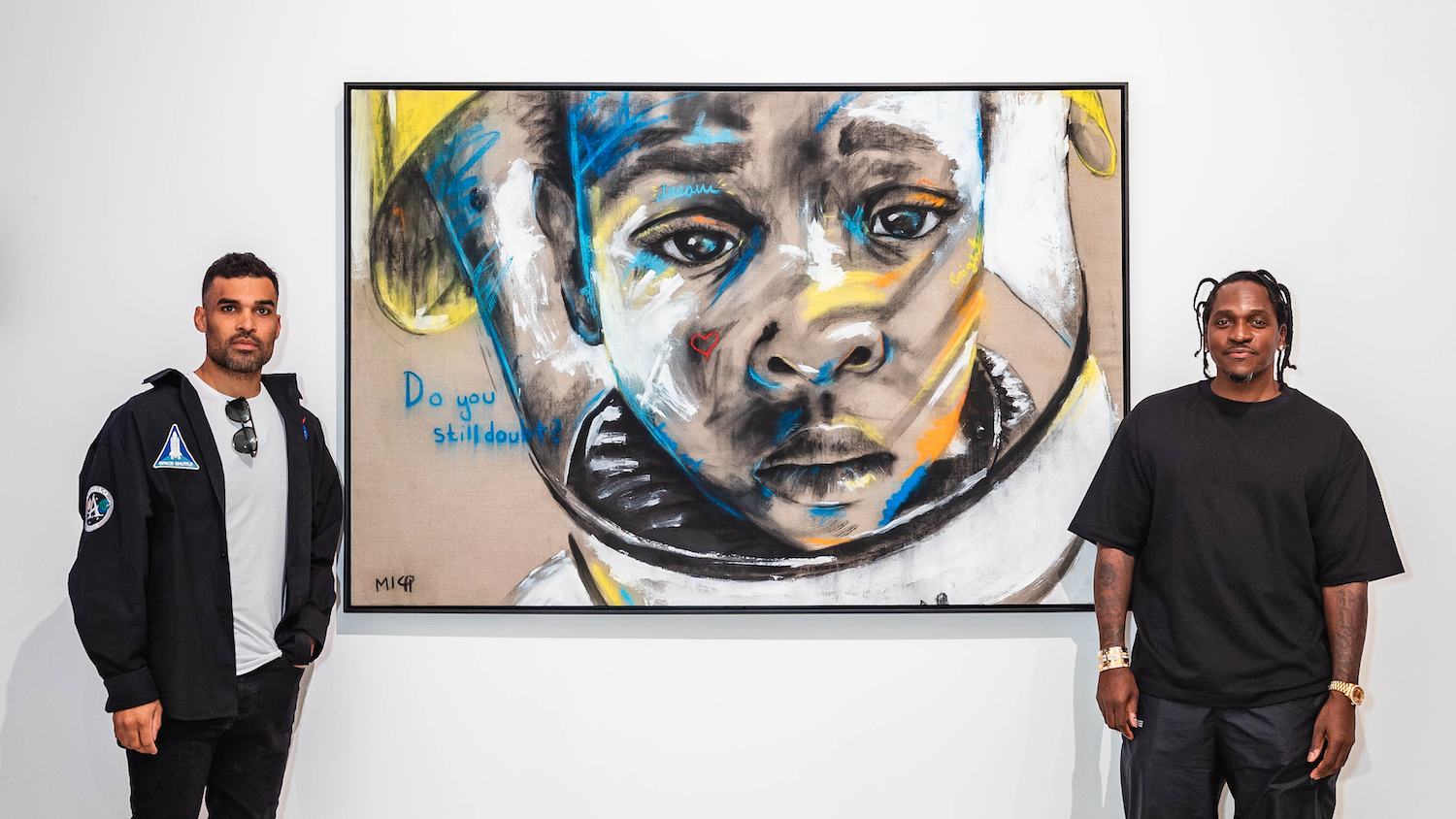 Kehlani performed at the three-day event, as well, while Pusha T designed merchandise alongside fashion designers Aleali May and Jerome Lamaar. Johnson said that the rapper has been a supporter of Aku since before the first NFT drop, and that the other designers were similarly keen on the opportunity to get involved in Aku’s story.

“Getting one of those people to do something with their project would be cool, but having all three of them involved in this is really powerful,” he said. “And we didn't have to twist their arm. They saw Aku and they knew how passionate I was about getting this message of what's possible to the world.”

As Decrypt covered in August—after a piece of Aku artwork orbited the Earth on an International Space Station server—Johnson first developed the character after his four-year-old nephew asked his mother, “Can astronauts be Black?” Johnson created the representation that he wanted to see in the world but said that Aku doesn’t have to be tied to NFTs alone.

“I never saw Aku as an NFT project at all. I just utilize NFT's to orchestrate an audience and really create an alignment,” he said. “I see Aku as a generational character that is very much mainstream.”

While an NFT collection ultimately introduced Aku to the world, Johnson told Decrypt that the goal for Aku World: Miami was to create an experience around the character without focusing too much on the tech behind the original collectibles. 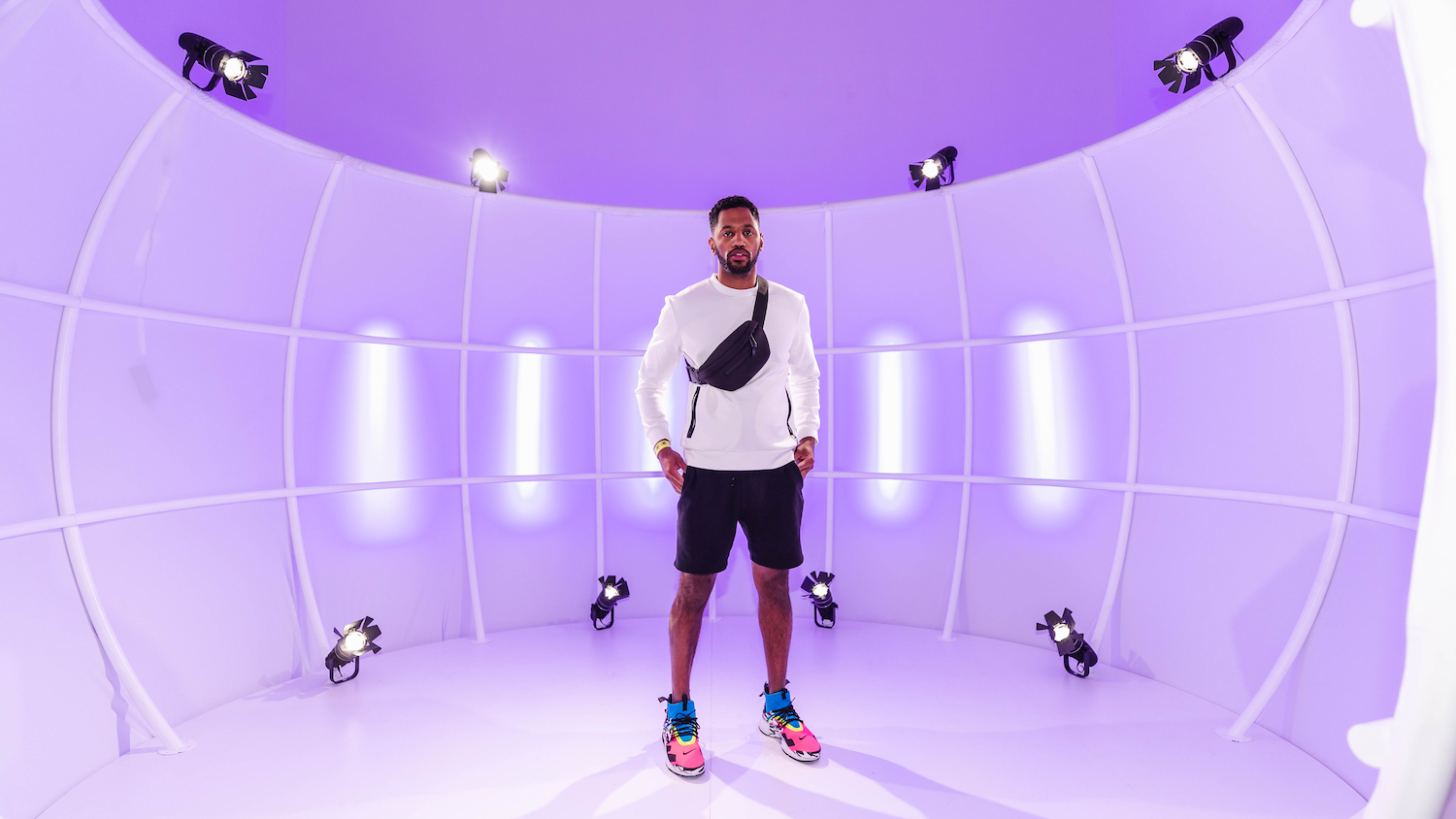 “I wanted to do something on a large scale, because I knew Art Basel was going to be the NFT event this year,” he explained. “I really want to show that we can utilize NFTs to get to a place like this, to be able to do something of this magnitude.”

Even so, NFTs remained a key draw for attendees, particularly those who wanted to pick up an exclusive collectible at the event. FTX had a wallet creation station to help newcomers onboard into crypto, plus Aku World had a “4D scanner” that could create a model of attendees to generate an interactive Aku-themed metaverse avatar in the form of an NFT.

Johnson said that he plans to bring the Aku World installation to other cities in the future, along with further work building out the NFT universe and “driving value back to the community.” It has been a whirlwind year for the former pro baseball player turned professional artist, but he sees even brighter days ahead for his NFT-fueled creation.

“It’s a testament to the community,” he said. “It takes massive companies years and decades to build something special or get character growth. We can expedite that through Web3.” 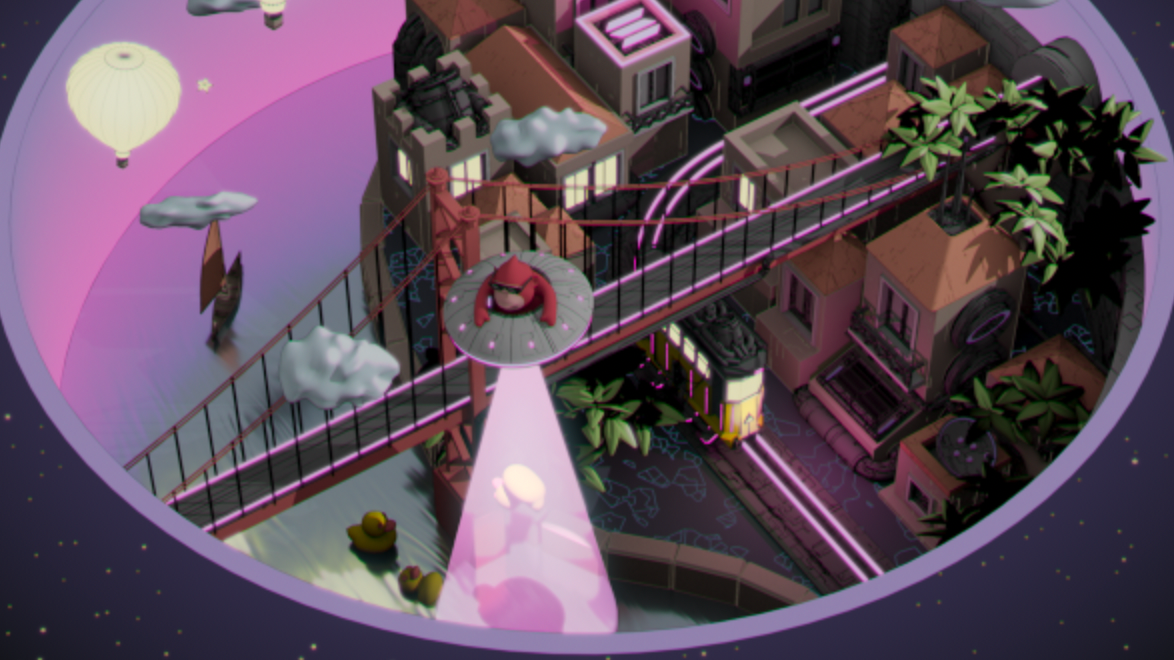