Shiba Inu price FOMO-driven rally runs appears to be running out of steam as SHIB loses 15% in seven days. SHIB successfully hold’s onto the 50-day SMA at $0.00004382 which paves the way for the ongoing recovery to 0.000050.

Meme-based cryptocurrencies have lost a significant portion of their all-time highs (ATH). SHIB is currently trading at $0.00004540, approximately 50% below its October 28 ATH around $0.00008882. Shiba Inu price is down 2.81% over the last 24 hours, 15% down over the last one week. This price correction has seen the self-claimed “Dogecoin-killer” slip to the 12th position according to CoinmarketCap ranking in market value.

The “SHIB Army” is currently trying to push for recovery as investors appear to have taken the back seat with rally consistently slowing down as compared to “Uptober”.

SHIB/USD rebounded off the recently discovered $0.00004382 support level currently embraced by the 50-day Simple Moving Average (SMA). The SMA has acted as dynamic support for Shiba Inu since November 18.

If Shiba Inu can successfully hold on to this support, the bulls will be bolstered to push the price above the $0.00004721 resistance level embraced by the upper boundary of the descending parallel channel. If this happens, SHIB price could quickly gain ground towards the $0.00005 level.

However, the overall technical picture appears to be favoring the bears. First, SHIB continues to trade within the confines of the falling channel as the price is continuously rejected by the upper boundary of the channel.

In addition, the drop of the Relative Strength Index (RSI) below the midline towards the oversold areas shows that the bears are stronger than the bulls.

Also, the entry of the Moving Average Convergence Divergence Indicator (MACD) is an indication that the Shiba Inu price market sentiment is largely negative pointing to a deeper price correction. 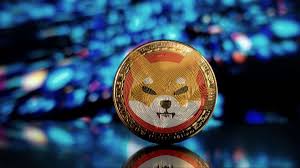