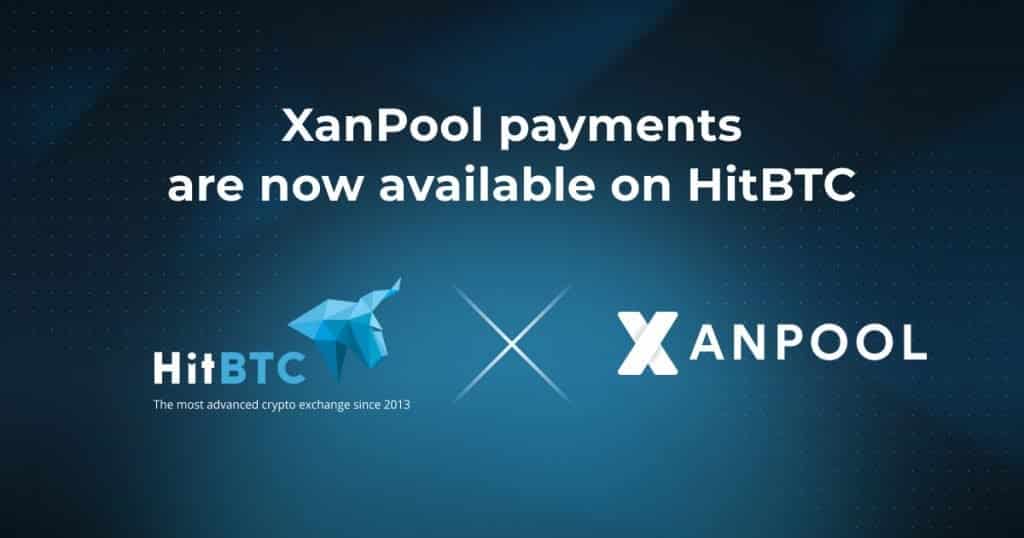 Among several decentralized storage networks, the StorX project has always been a step ahead of the competition. StorX allows decentralized cloud storage using blockchain technology and is powered by none other than the XinFin blockchain network. With StorX, users can either host a node or store data securely. The essential utility token of the StorX blockchain is SRX which acts as an incentive for users as well as provides additional benefits.

SRX, the XRC-20 utility token recently got listed on one of the most popular and active crypto exchange platforms, HitBTC. It is already available on a few other exchanges like Bitrue as the only XDC-based blockchain project. However, on Bitrue, there is only one pair i.e. SRX/USDT available for trading. But through a tweet, HitBTC has announced that its platform would support both SRX/USDT and SRX/XDC trading pairs soon.

The utility token SRX which was deployed on XinFin Network is actually a gateway into the StorX Network project. The total supply of SRX tokens is around 500 million according to the data available on CoinMarketCap. It has the following main use cases:

The token allocation decided by the StorX team ensures that 17.5% of the total SRX supply goes to the core team while 23% is placed within the community. With its unique and feature-rich platform, StorX has achieved a lot this year. Now StorX is known as one of the fastest-growing cloud storage networks that is based on the unique XinFin blockchain.

To private users and enterprises, StorX offers end-to-end encryption, private file sharing, no tracking, secure way to import data through multiple hosting nodes. This makes StorX, a truly decentralized P2P storage network. The working model of StorX is fairly easy to grasp by any participant. It starts with a user uploading their file on the StorX Network. As soon as the upload finishes, the encryption process begins. StorX then fragments pieces of encrypted data and sends it across various servers.

Hosting a node in the StorX Network is possible after the mainnet launch. It allows users having unused disk space to become a secure host server that gets paid in SRX token for joining StorX cloud storage. The term used for those who contribute effort and stake SRX on the StorX network is “Node Farmers”. As the number of node farmers and node host continues to grow, this decentralized cloud storage network will become more significant, convenient, and globally accessible than pre-existing monopolized entities.

Note: before setting up a storage or farm node, check hardware and staking requirements on https://storx.tech/host-node.html

4 months ago, in July, StorX shared an update on Twitter that said that they have connected with 100,000 users and more than 230 nodes across the globe. The total number of SRX tokens staked by node farmers also reached 1.71 million. This was the first impressive milestone achieved by the XDC-powered project. But StorX outdid itself when the HitBTC listing news broke and SRX’s 24-hr volume reached $672,352.

As per the newly-released statistics, in November 2021, just a few months after the first milestone, StorX proved its continuous growth. SRX token got listed on not one but two popular exchange platforms. The number of StorX network users grew to more than 115,319. Now there are more than 3490 storage providers associated with StorX. Even the amount of SRX staked for further development and success of the project has reached 12.1 million.

The future of StorX Network is bright if not as clear as we would want it to be owing to the complexity and volatility of crypto projects. StorX presents a great alternative to centralized cloud storage solutions that restrict users and have an outrageous price tag on their plans. By offering a unique, quick, convenient, and distributed cloud storage network, StorX is not only competing with centralized solutions like DropBox, Google Drive, etc. StorX is also competing with its peers like Filecoin and Sia.

In Q3 of 2021, per the roadmap, StorX would improve security and add DAO Apps for the bounty hunts. More market makers and Liquidity would be added to SRX tokens. The primary goal for the remainder of this year is on the userbase and node expansion.

This particular project owes a majority of its success to its loyal community that keeps on expanding as days go by. If this growth becomes a permanent thing for StorX, then it could become one of the biggest players within the decentralized storage network.