ETHUSDT, maintaining its consecutive Higher Lows in a Price Action Parabola, no valid Volume Climax’s are present which is indicative of further upside potential. Price Action as of now has a greater probability of testing this recent S/R Flip Zone, allowing for long biased entries.

Preluding to the chart above, Price Action is in a clear strong Bullish Volatility Expansion with successive Higher Highs and Higher Lows being established. This is indicative of a strong bull trend that is backed with bullish volume impulses, evident on the Volume Profile.The initial Order Block was back tested, confirming an S/R Flip Retest that led straight into the All-Time High region.

Price Action failed to break its All- Time high on three consecutive attempts, each rejection lead to a Higher Low, again proving resilience in Ethereum at the time. On the fourth attempt, a Bullish Engulfing candle successfully broke the resistance that led a strong impulse towards a new high.

As of current, Price Action is still trading in discovery with an established Swing High being set as the current objective. Taking this level out with increasing volume will greatly increase the probability of continuing this current Parabola. Higher targets will be associated such as the key Psychological $2000 level. 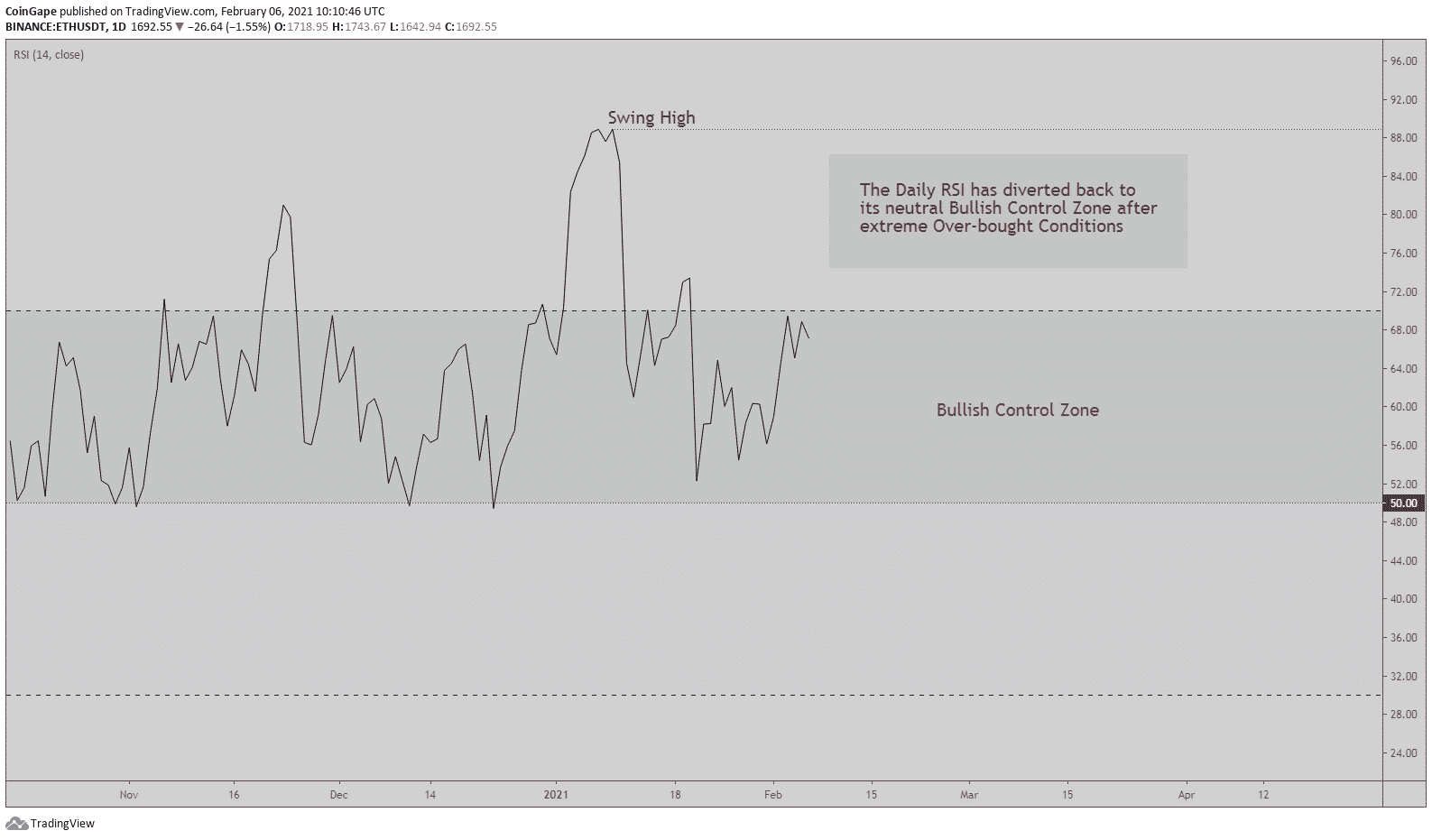 Observing the present RSI, we can see a healthy deviation back into its Bullish Control Zone from Overbought Conditions. This has reset the RSI into more of a neutral zone where holding these regions is deemed highly bullish. Penetrating the lower Bearish Control Zone will signal a potential correction for Ethereum as this has not occurred through the entire Bull Run.

To conclude, ETHEREUM remains highly bullish with the immediate objective being the Swing High. Price Action is trading in a clear Parabola that has not topped as there are no signs of a valid Volume Climax. The RSI is signaling strength as long as the current region is held; the probabilities are greater for further upside.