Bitcoin: CO2 Emissions From An Investor Perspective And How To Compensate Them 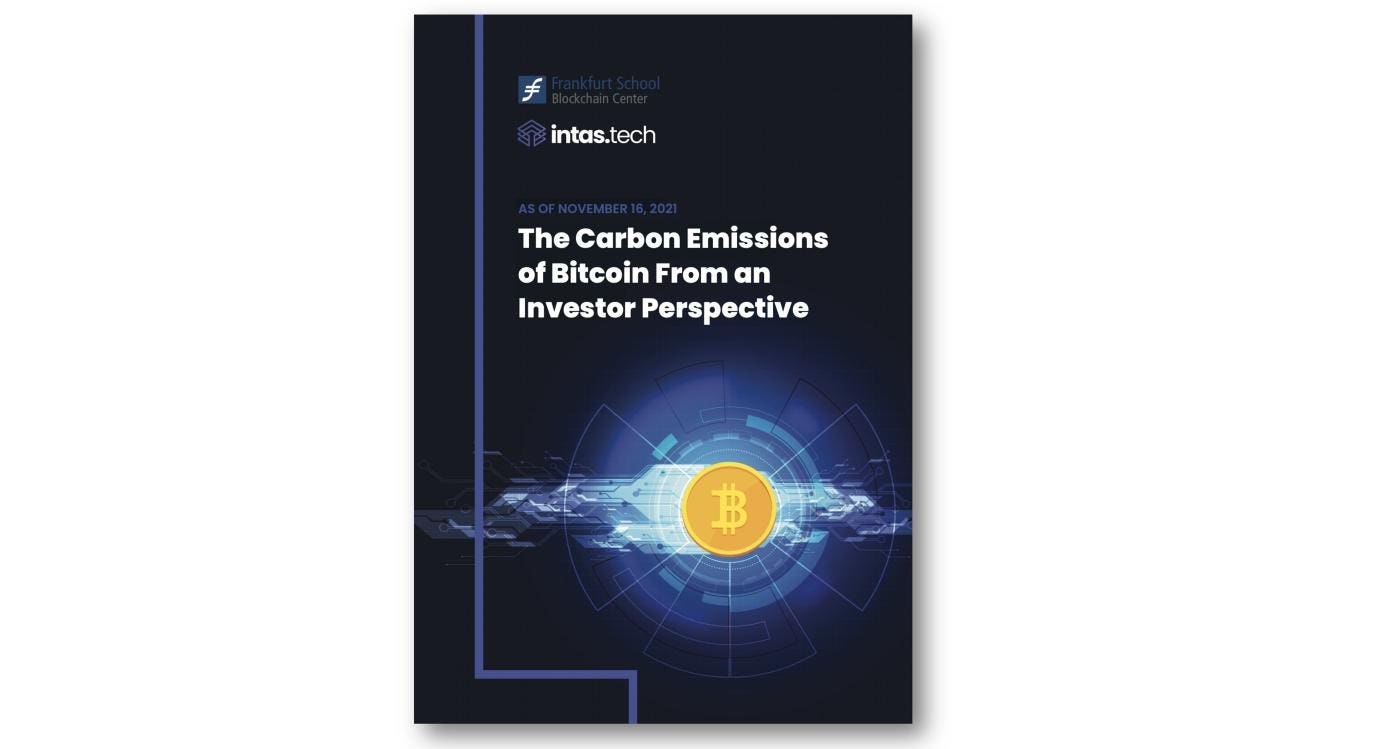 The Frankfurt School Blockchain Center (FSBC) and INTAS.tech published a study outlining a new approach on how to offset the CO2 emissions caused by the Bitcoin network. The study outlines a two-pronged flexible carbon compensation model, in line with Greenhouse Gas Protocol Scope 3 emissions, for investors, asset managers, crypto exchanges, and custodians. With this approach, interested parties can adjust their carbon offset strategy over time according to their corresponding business model focusing on either the number of Bitcoins held or on the proportional network usage in relation to the Bitcoin blockchain growth during a specific period of time.

The study contains 34 pages and can be downloaded here (780 kB, direkt link to PDF).

Although it has only existed for less than 13 years, Bitcoin has had an eventful history. At the same time, however, climate change continues to become an ever-increasingly urgent issue. The CO2eq emissions associated with Bitcoin’s consensus mechanism, namely proof-of-work (PoW), have been one of the most significant criticisms of Bitcoin in recent years. Reconciling Bitcoin’s shortcomings and strengthening its role presents a significant opportunity to make Bitcoin a more sustainable investment.

​​Exemplary results refer to the analyzed period from September 1, 2020, to August 31, 2021. For an accurate calculation of the carbon footprint of an investor, the situation must be considered individually depending on the business approach of the company (i.e., simple investing, asset management, crypto exchanges, or custodians).

Key results of our study

While Bitcoin itself could hypothetically be mined with 100% renewable, carbon-neutral energy, this is not the case today as miners are incentivized purely to optimize their profitability by keeping their cost as low as possible. According to the “polluter-pays” principle, it would seem natural for CO2eq to be offset by mining companies or mining pools as they purchase generated electricity for their operations (Greenhouse Gas Protocol Scope 2 emissions). However, this assumption would be infeasible to implement and also falls short in fact. Since all parties that invest in Bitcoin, whether directly via crypto exchanges or indirectly through financial products such as Exchange Traded Notes (ETNs) or crypto funds, benefit from mining operations and, thus, ultimately from their power consumption.

Therefore an approach is required which determines the proportional accountability for Bitcoin’s CO2eq footprint based on the utility stakeholders enjoy. Since Bitcoin mining has the function of adding new transactions to the blockchain, a quantifiable method is needed to calculate the CO2eq emissions of transactions. Therefore, the most accurate approach is determining the share of blockchain space used relative to the total Bitcoin blockchain growth (transaction-based network usage). Figure 1 below illustrates the methodology used in the transaction-based as well as ownership-based approach. 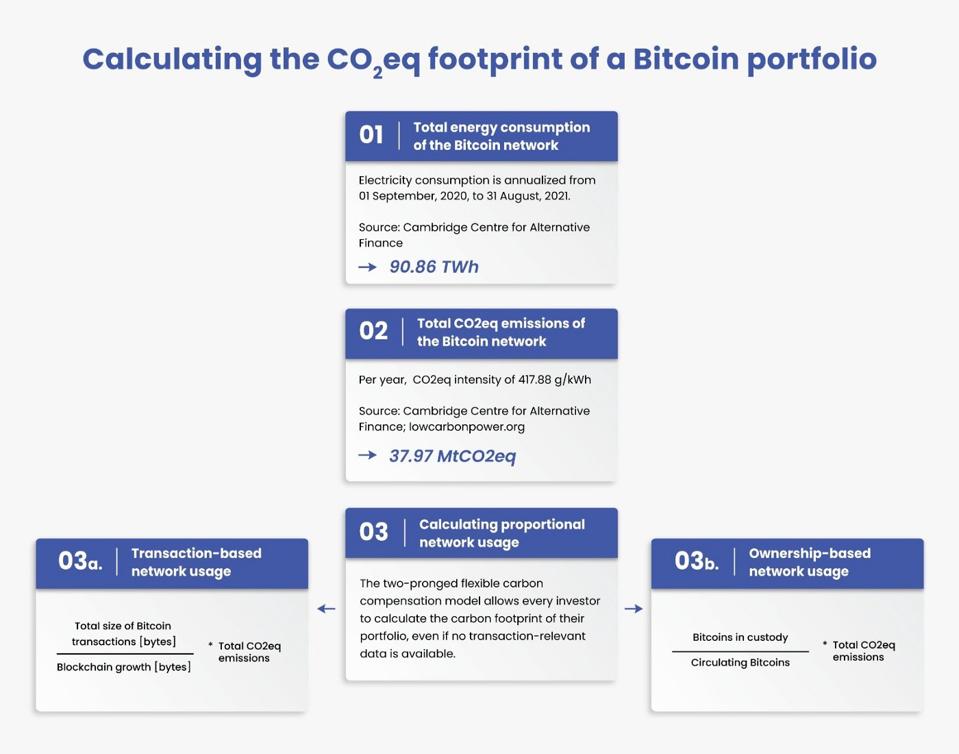 However, this approach would generally exclude many parties who do not have access to their transaction-related data. Furthermore, as shown above, a significant portion of Bitcoin’s utility is derived from its long-term macroeconomic model; the store of value. For this situation, we suggest a calculation model which focuses on the portion of Bitcoins held relative to Bitcoins in circulation for a specific period (ownership-based network usage).

In this vein, we see an opportunity for all investors, asset managers, crypto exchanges, and custodians to step in, and take responsibility for their associated carbon footprint in the Bitcoin network. Here, the objective should not be limited to demonstrating corporate social responsibility (CSR) but also in creating added value in making Bitcoin a more sustainable investment regarding its carbon footprint. 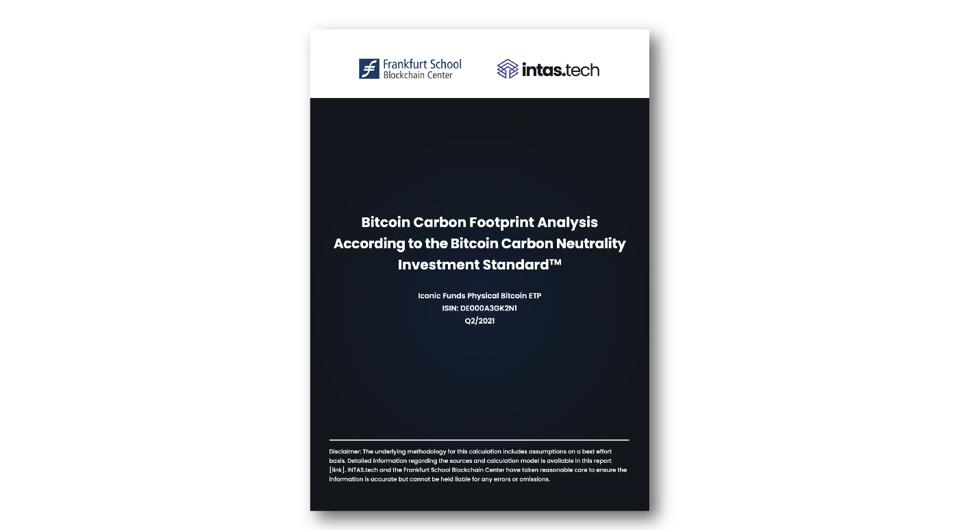 BCNISTM: Calculation model for determining the carbon footprint of financial products that include Bitcoin in line with Greenhouse Gas Protocol Scope 3 emissions. More information on the methodology is available as part of this study. This approach allows investors, asset managers, crypto exchanges, and custodians to anticipate and comply with regulatory requirements concerning ESG criteria like the European Union’s Sustainable Finance Disclosure Regulation (SFDR) at an early stage.

Companies could apply the above-mentioned approaches for transactions and owning Bitcoins to compute their carbon footprint they then should offset. As mentioned above, the specific business model needs to be considered for such computations. In the future, it can be expected that the results of such computations will need to be verified and audited by specialized service providers. 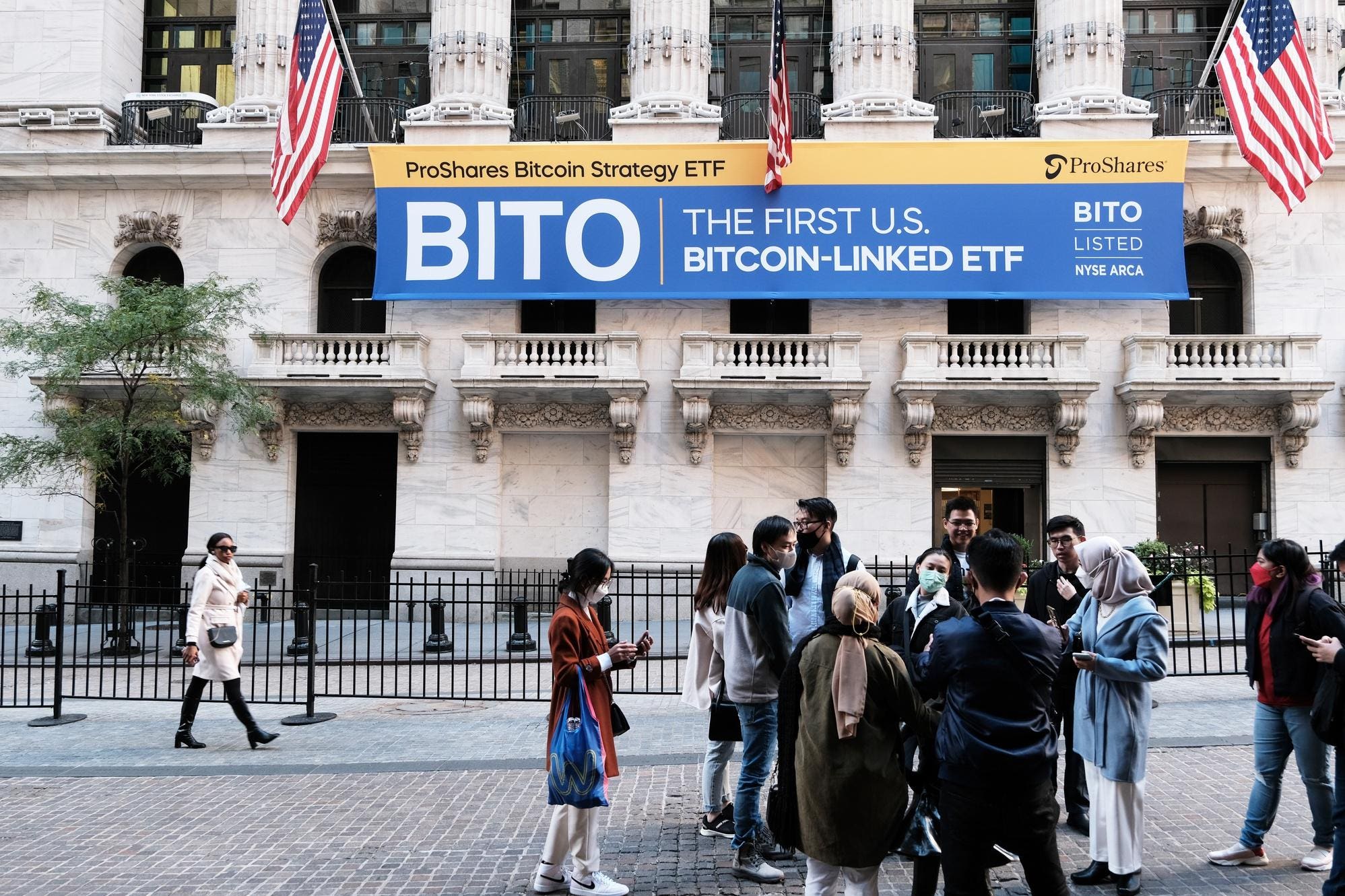