A Burned Up Banksy NFT Just Sold For $382k 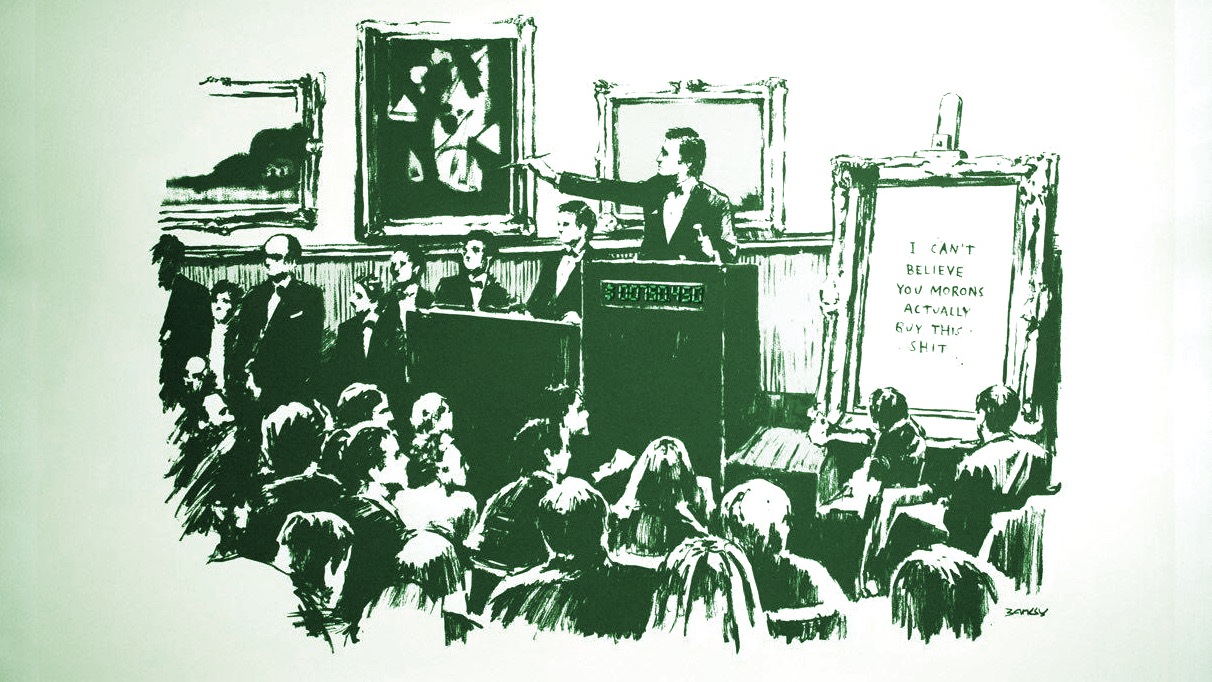 A tokenized version of a now-destroyed Banksy painting called ‘Morons’ was sold at an NFT auction for 228.69 ETH or $382,336 to bidder 'GALAXY' late this afternoon.

The enigmatic British street artist's original painting was first sold for £16,250 in 2006. It depicts a crowded auction house. The lot for sale behind the auctioneer is a framed canvas that simply reads: “I CAN’T BELIEVE YOU MORONS ACTUALLY BUY THIS SHIT.”

So far so meta, but new layers of social commentary were added to the work when crypto-obsessed financial traders got their hands on it.

Buying it to burn it

Earlier this year a group of blockchain investors and professionals bought 'Morons' for $95k after it was verified by Banksy authentication body Pest Control. This group included members of decentralized finance (DeFi) projects Injective Protocol and SuperFarm.

The pyro-loving anarchists then proceeded to vex art fans across the globe when they uploaded a video of themselves burning the work in Brooklyn, New York. The page appeared to be flame resistant for most of the excruciating three minutes that it was alight, causing the plucky arsonist on film to try lighting it from different corners.

NFTs: A second life for artworks?

“One man’s terrorist is another man’s freedom fighter” goes the old adage, so what edifying purpose could such flagrant vandalism serve? Well, before committing the painting to flames, an NFT copy of it was made.

Thanks to blockchain’s cryptographic coding, digitized tokens have the ability to stand in for physical art assets. The broader point these match-happy traders were making is that Banksy’s work still exists, and while it's no longer with us in a tangible form, it’s sitting happily somewhere in a block of Ethereum’s blockchain, coded indelibly as the property of GALAXY.

Art doesn’t even need a prior physical existence to be an NFT. A new breed of exciting digital artists are making the NFT space just as valid in the creation and promulgation of new work as any museum or gallery. Just look at Refik Anadol’s intricate data paintings, or FEWOCiOUS’s surrealist illustrations.

And beyond the visual art space, there are all sorts of collectibles entering the NFT space too. MF Doom’s final creative project was a set of augmented reality masks, while the NBA has even licensed official blockchain merchandise in the form of digitized trading cards that are seeing up to $32 million of trading volume in a day.

This exciting and often absurd world blurs the lines between currency, collectibles and art.