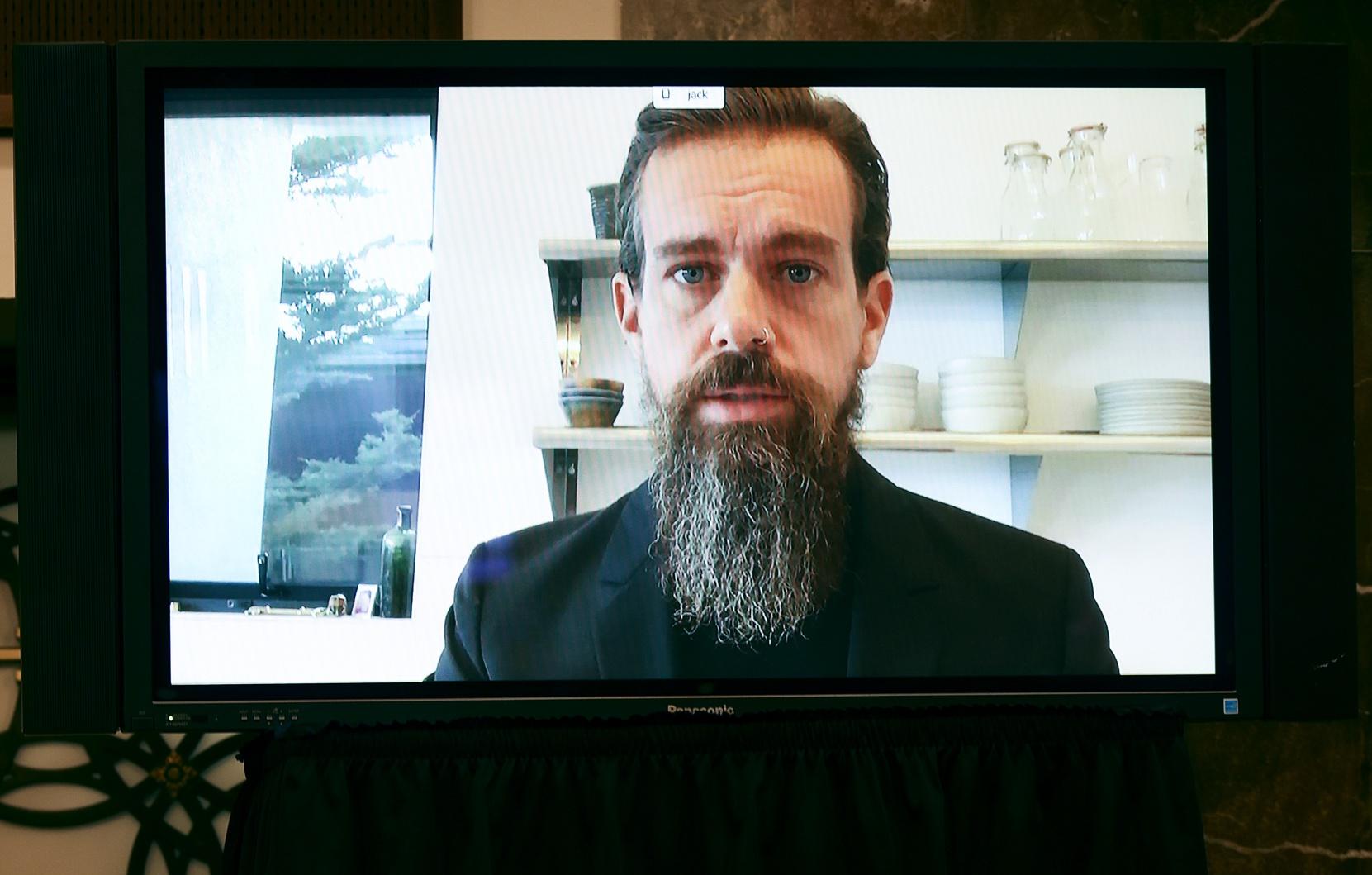 Jack Dorsey, the Twitter and Squarechief executive who's emerged as one of the tech world's biggest cryptocurrency supporters, is offering to sell the very first tweet as a blockchain-based non-fungible token (NFT).

Bids on the tweet—which reads "just setting up my twttr"—have reached $2.5 million, with two cryptocurrency industry influencers pushing the price over the $2 million mark.

NFTs, a way to tokenize all manner of digital media from Twitter posts to art, are the latest cryptocurrency craze—with the market exploding as the soaring bitcoin price pushes cryptocurrency technology back into vogue three years after its late-2017 boom and subsequent bust.

Dorsey sparked the bidding war when he tweeted a link to the Valuables listing, which appears to have been made in December, late on Friday evening.

The auction for the tweet, sent in March 2006, will close when Dorsey accepts a bid. The post will remain on Twitter after it has been auctioned off, with the buyer receiving a digitally signed and verified certificate as "proof" of ownership.

The leading bid of $2.5 million, to be paid via the ethereum cryptocurrency, was made by Sina Estavi, the chief executive of Malaysia-based Bridge Oracle, an application built on top of the tron blockchain.

Justin Sun, tron's founder and the chief executive of peer-to-peer file sharing BitTorrent, made a bid of $2 million on Saturday morning. It's not the first time Sun has splashed out to raise his and tron's profiles. In 2019, Sun won a $4.5 million lunch with crypto-skeptic Warren Buffett as part of the "Oracle of Omaha’s" annual charity auction for the Glide Foundation. 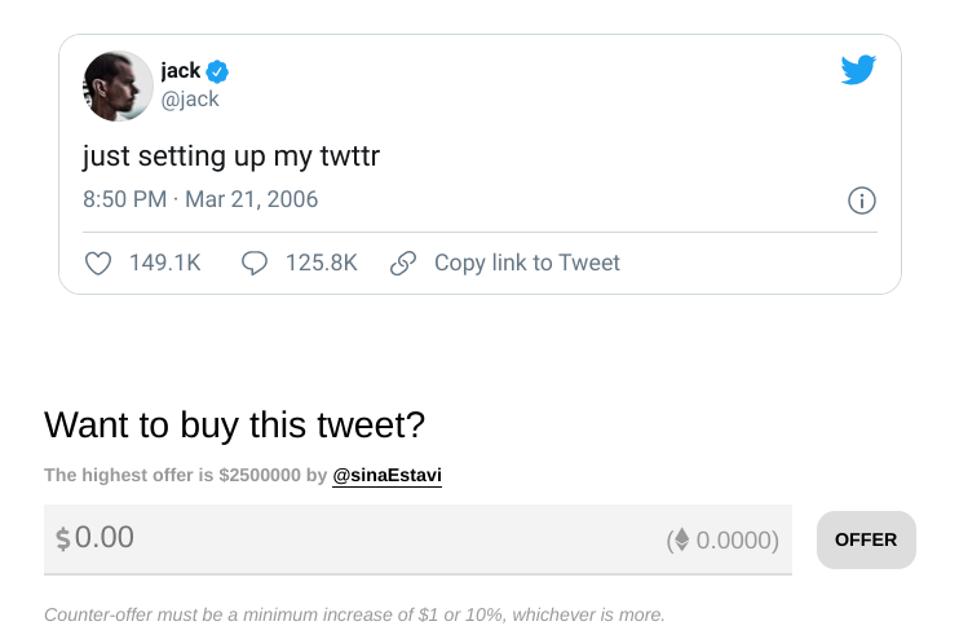 The NFT market has exploded over the last year as digital creators and influencers embrace a new way to potentially monetize their work. NFTs use distributed database blockchains, the same technology that secures the bitcoin network, to record ownership without the need for a trusted third party to facilitate the sale.

Many in the cryptocurrency community see NFTs as a way of creating a relationship between creators, fans and collectors, arguing the concept is similar to rare first edition books or trading cards.

Total NFT sales have soared to almost $400 million, according to nonfungible.com, a website that tracks the NFT market.

Some of the biggest NFT sales have raked in millions, with the CryptoPunk pixel art avatar "ape in a fedora" selling for $1.5 million in February.

Other notable sales include almost $400,000 paid for a 50-second video by the Canadian musician Grimes and $6.6 million for a video by artist Mike Winkelmann, known as Beeple.

A digital depiction of 2011's hottest meme—Nyan Cat—sold for almost $600,000 after its creator auctioned it on NFT marketplace Foundation to mark its 10-year anniversary.