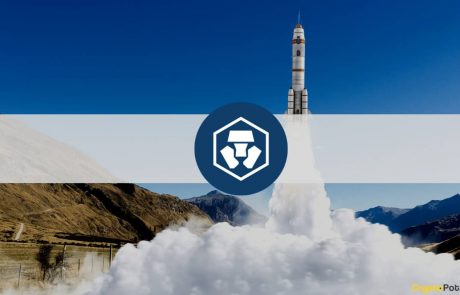 Bitcoin continues to struggle with its recovery attempts as it failed to overcome $60,000. Most altcoins were also unable to produce any significant gains, with a few apparent exceptions. Avalanche tapped a new ATH, while CRO surged by 25% following a massive announcement.

After bitcoin registered its latest all-time high at $69,000, the bears have had a tight grip on it. They dumped the asset by $6,000 hours after the peak and stood in its way while it tried to recover.

BTC failed at $66,000 just a few days ago as the bears pushed it south vigorously once again. This time, the cryptocurrency lost more than $7,000 of value in hours and dumped to a three-week low of $58,500 (on Bitstamp).

Initially, bitcoin bounced off and went as high as $61,000, but it was short-lived. Hours later, the asset found itself below $60,000 once more and has remained there. As of now, it trades at just over $59,000, and its market capitalization is close to breaking below $1.1 trillion.

The altcoins also suffered just as badly as bitcoin. Ethereum went from its latest peak of nearly $4,900 to below $4,200. A minor 1.2% increase in the past 24 hours, though, has helped the second-largest cryptocurrency to reclaim that level. Nevertheless, ETH is still down by $700 in a week.

Binance Coin also dumped hard from above $650 to around $550. As of now, BNB has calmed around $570. Cardano, Ripple, Polkadot, and Terra are also slightly in the green.

Solana, Dogecoin, Shiba Inu, and Litecoin, on the other hand, have marked more losses.

Avalanche has increased by more than 7% in the past 24 hours. Moreover, AVAX has gone on to record a new ATH at $110 hours ago.

Nevertheless, Crypto.Com’s token is the most significant gainer in the past 24 hours. CRO has surged by more than 25% to $0.57. This comes shortly after the popular exchange announced a massive deal worth $700 million, which will see the iconic LA venue Staples Center renamed to Crypto.Com Arena.

More impressive gains from Voyager Token, Audius, The Sandbox, Algorand, and Kadena have helped the market cap recover $50 billion in a day.