The world’s second-largest cryptocurrency Ethereum (ETH) has corrected by nearly 15% since its all-time above $4,800 last week. Although the ETH price comes under pressure, the ETH whales continue to gobble up supplies.

Former Goldman Sachs hedge fund manager and crypto evangelist Raoul Pal seems ultra-bullish for Ethereum. Raoul Pal is expecting a staggering 300% price rally in the price of ETH over the next six weeks i.e. by the year-end.

I have been showing this spooky chart of ETH now vs BTC in 2017 in various forms. This is my live CIX on Bloomberg…. even nailed this sell off….to the day and price. What happened next? A 300% rally. From tomorrow (ish). 1/ pic.twitter.com/GZiStl4hmGRelated article 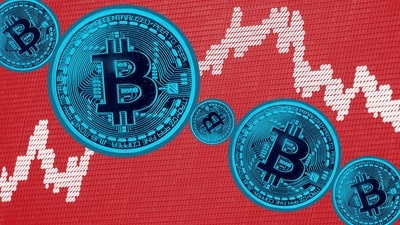 SEC Will Rather Pass an Ethereum (ETH) Futures ETF Than a Spot Bitcoin (BTC) One, Here’s Why— Raoul Pal (@RaoulGMI) November 17, 2021

Adding a caveat in his subsequent tweet, Pal notes: “I don’t expect perfection but with all the other analysis I have done, something like a 100% to 300% rally is highly probable into year-end. Nothing is a cert. After that, its a tougher call but I think it possibly elongates and sees significantly higher prices”.

As of press time, Ethereum (ETH) is trading 2.84% down at a price of $4,235 with its market cap slipping just under $500 billion. The ETH price might correct further from the current levels, however, many analysts are expecting it to attain strong support at $4000.