‘I Think We’re Doing This’: Inside One DAO’s $20M Plot to Purchase the US Constitution 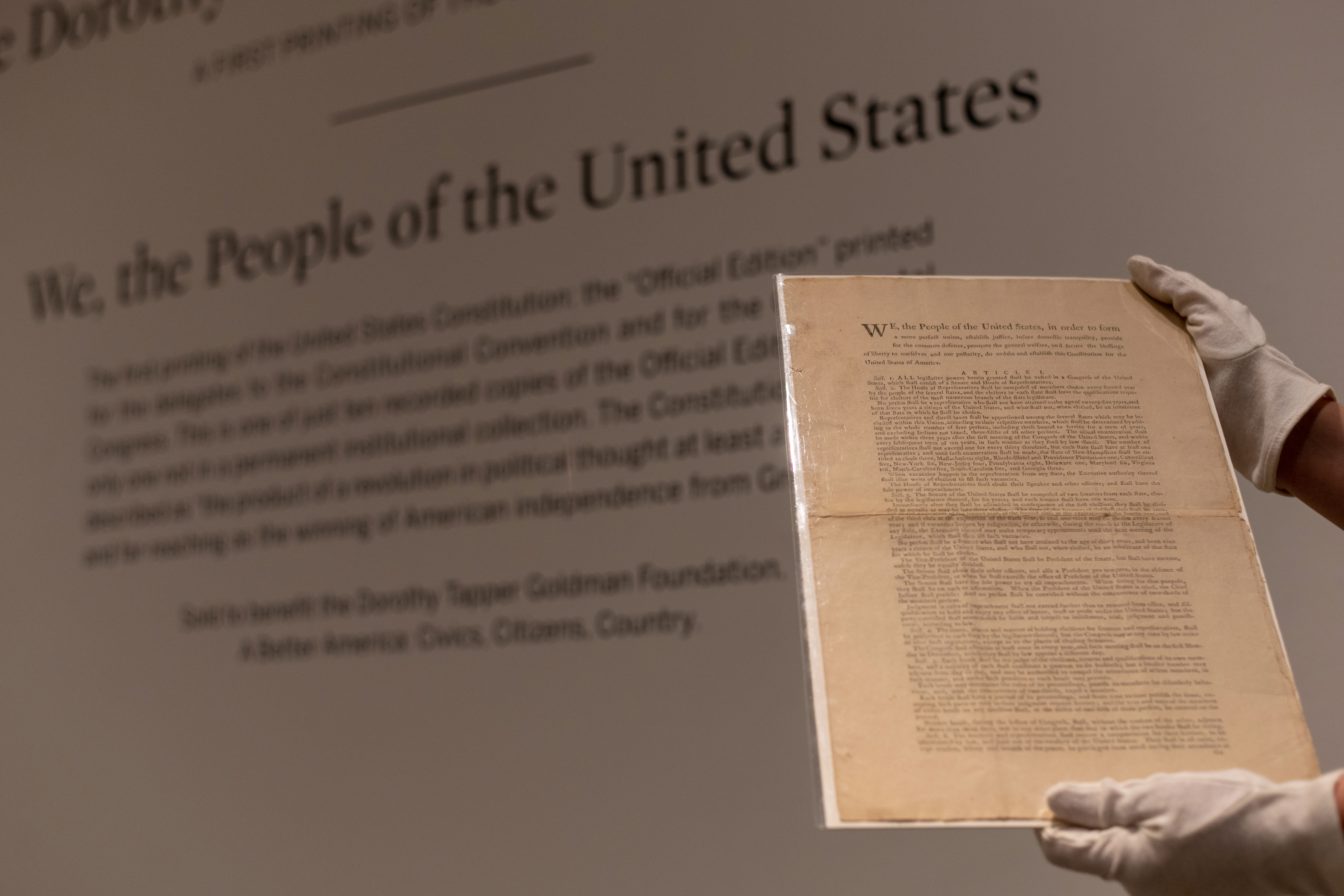 What happens when you get some of crypto’s brightest minds together? Well, they form a decentralized autonomous organization (DAO) to buy the Constitution of the United States, of course.

What started as a pie-in-the-sky dream last Thursday to form a DAO to bid on a copy of the Constitution has since become a full-on movement that’s attracted nearly $4 million in donations – and “ConstitutionDAO” insiders now believe they have a real chance at actually winning the forthcoming auction at Sotheby’s.

The torrid progress the fledgling group has made in just five days is a testament to the organizational power of DAOs: less than a week after someone hatched this plot, the project has attracted 11,000 social media followers, donations from 2,000 Ethereum addresses, and a brain trust of a few dozen builders, investors and community members who now have the infrastructure in place to make a competitive bid for one of the world’s foremost cultural artifacts.

The individuals leading the charge hail from a variety of backgrounds, but tend to skew young, wildly ambitious and entrepreneurial – the type of folks you either were delighted to have on your group project or the ones you were giving swirlies to, depending on high school proclivities.

Across an increasingly chaotic Discord channel, these Web 3 upstarts are marshaling the expertise necessary to architect a legal entity capable of placing a bid, preparing to purchase insurance for the document in case of an auction win and identifying museum partners witht he facilities to temporarily and securely house the prize – one of just 21 original copies in the world.

DAO forefathers helped pave the way for this caper, but none have been this ambitious.

PleasrDAO, a group that formed for the purpose of purchasing work from prolific NFT rising star Pplpleasr, have purchased rare one-of-one Wu-Tang albums and a $5 million charity NFT from noted CIA whistleblower Edward Snowden, the fourth most expensive NFT at the time of the sale.

ConstitutionDAO, however, is setting new precedent in terms of the scale of the bid, the level of decentralization of the organization, and the breakneck turnaround time required – the document goes up for sale on Thursday.

In an interview with CoinDesk, DAO member and founder of talent incubator On Deck Julian Weisser said that the time crunch has paradoxically increased the group’s odds for success.

“If we had 90 days, there just wouldn’t be this energy and momentum because there wouldn’t need to be. And you need those things to make people move – it’s intense, but it’s necessary,” Weisser said.

‘One year of startup growth’

Even if its ambitions fall short, ConsitutionDAO will likely be remembered as the crypto networking event of the year.

“We’re ‘formalizing’ our press/PR process, so I’m going to funnel you through two other people,” wrote 28th Street Ventures’ Graham Novak when CoinDesk initially reached out – the group is currently fielding inquiries from “dozens” of news outlets and formed a public relations team on Sunday afternoon. The New York Times has even signaled interest.

Other contributors boast day jobs with crypto social network Showtime; investment firms Compound, Andreessen Horowitz, 1confirmation and Cyphr; and Creator Cabins, a cabin rental company for creators, among many others.

The list of names seems like the handful of business cards you find in the back pocket after a conference, and many of them initially joined the project on a lark.

“Thursday morning I saw a tweet, and it was really funny,” Mad Realities founder Alice Ma told CoinDesk. That evening, she joined a 10-person group chat, the ad-hoc “founding fathers” of ConstitutionDAO.

Key to the project’s success has been a heady blend of memetic pull and conceptual heft.

The DAO’s social media branding leans on Ben Gates, the treasure hunter played by Nicolas Cage in cult classic “National Treasure,” who steals the Declaration of Independence. Beneath the meme layer, however, is a slurry of civic ideals – a DAO owning a copy of the constitution would be a remarkable testament to the power of direct democracy, says Weisser.

“A lot of people were like, ‘This is very funny’ or ‘This is very interesting,’ but then they said, ‘Oh, wow, this is really coming together,’ and they started lending their skills to the project,” said Ma.

“We went through this process Thursday night of being 10 people in a group chat, to now having a 6,000-person Discord server – in four days. It’s condensing a year of startup growth in four days – and with our internet friends,” she added.

Perhaps surprisingly, the leaderless nature of a DAO is so far working among a group heavily populated with business founders.

“It’s crazy because people keep coming to the Discord, and saying, ‘Who’s in charge? Who’s in charge?’ Literally, this is coming together in four days – there is no one person in charge,” Ma joked.

Despite the differences in Web 3 and business experience, most of the members are on a level playing field when it comes to organizing a DAO.

“This is way different than hyper-growth at a company. At a company, people know each other before hitting this stage – there are institutional norms, personal relationships. We’re essentially inventing this as we go – using the best community-sourced knowledge and information that’s out there, but so much of this is new,” said Weisser.

Who you have in your Rolodex in part your role in the group. In Ma’s case, she is serving as the liaison to Sotheby’s after her friend Sabrina Han, an NFT investor and head of private sales at Pace, introduced the group to the auction giant. They sat down with four representatives of the auction house on Sunday.

“I think they’re very receptive for it. It’s an amazing story for them, too,” said Ma.

Will Papper, co-founder of Syndicate DAO – a DAO that helps other DAOs with legal structures – has put two different plans on the table for formulating an entity to register with Sotheby’s and place a bid.

Ma noted that PleasrDAO “paved the way” to help ConstitutionDAO register with Sotheby’s, as the group has already undergone the auction house’s know-your-customer (KYC) process.

Ma says she’s made “a bunch of new friends” over the past half week, and a large portion of the success can be attributed to a mission-first mindset permeating the group.

“We’ve all put our egos aside, and are prioritizing the benefit of the organization in a very chaotic, fast-growing environment. It takes a lot of mutual trust, acting in good faith, and I imagine that the energy of this feels similar to what the Constitutional Convention might have been like back in the day,” she said.

With many of the legal and technical issues squared away, it now comes down to whether or not the DAO will be able to raise enough funds to put in a competitive bid. So far, the response has been promising.

According to a Dune Analytics data dashboard, at the time of writing over 2,350 ETH addresses have donated $3.7 million to the crowdfund, with the top donator pitching 53 ETH – worth nearly a quarter-million dollars.

“I think we’re really doing it,” said Ma of the group’s odds.

Other expected expenses include insurance, storage, transfer, and legal fees – a sum that could eventually exceed $25 million, if not more.

Weisser said that it will be up to the community to determine the outcome of the auction – and beyond.

“I think that everybody is very excited about what we can do once we acquire the Constitution,” Weisser said. “It’s participatory democracy in what happens next – does it go on a tour? To small towns in different parts of America, around the world? We’re leaving that up to democracy – something we really care about.” 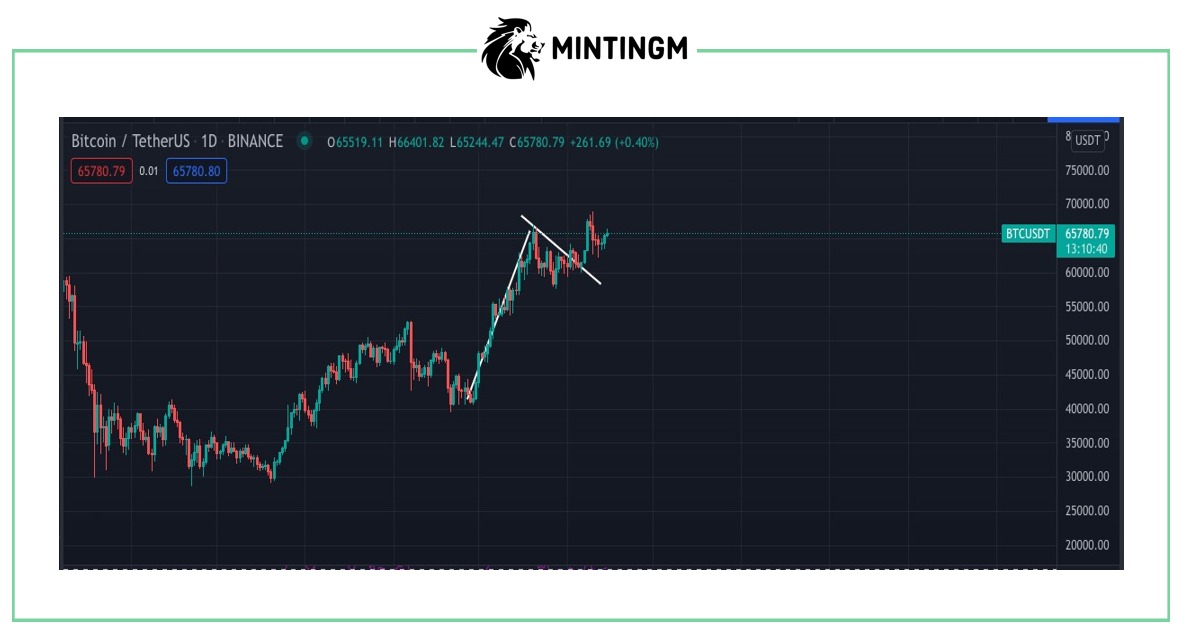 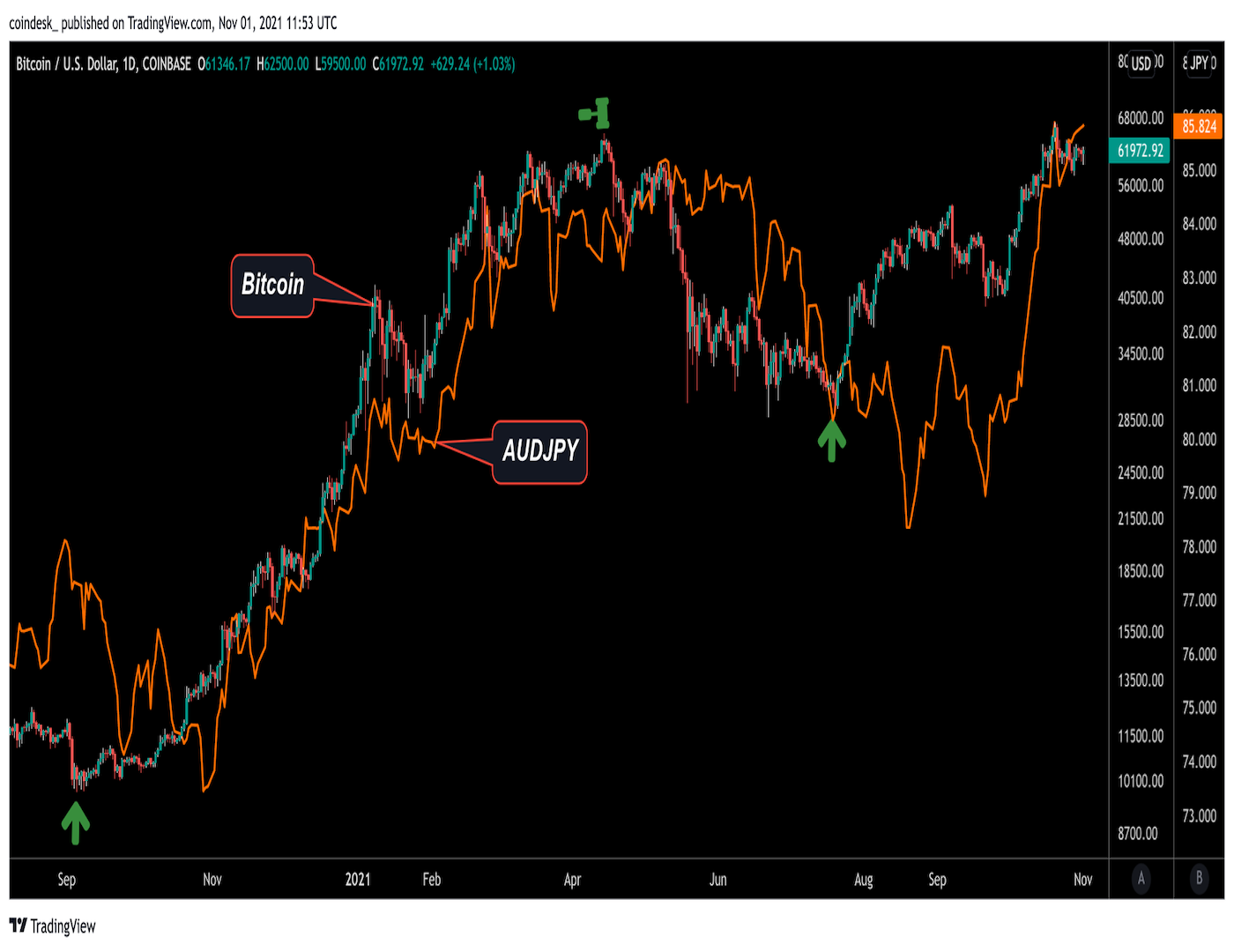 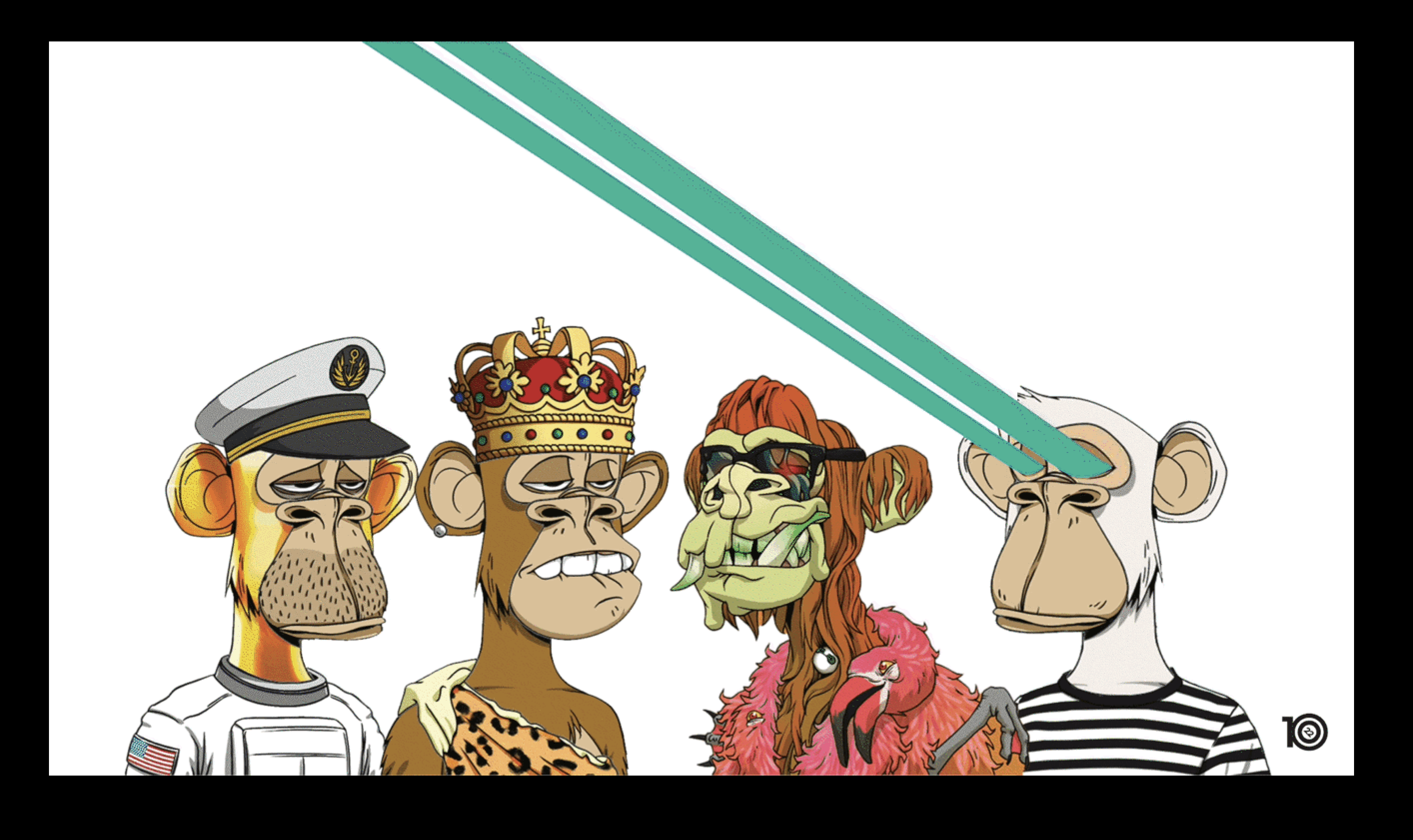